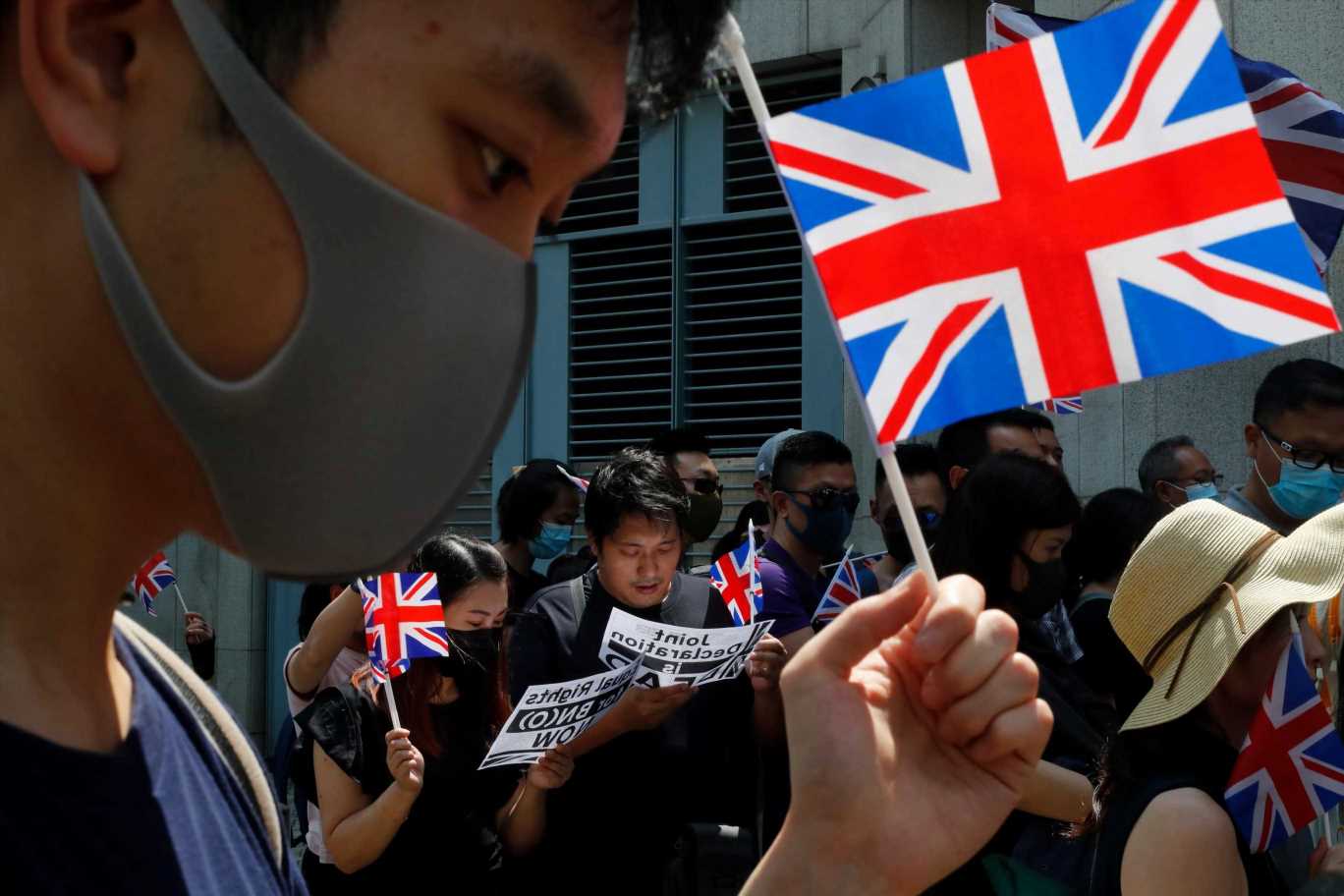 HONG KONG — Hong Kong says it will ban all passenger flights from the UK starting Thursday as it seeks to curb the spread of new variants of the coronavirus.

It said in a statement Monday that the UK has been classified as “extremely high risk“ because of the “recent rebound of the epidemic situation in the UK and the widespread delta variant virus strain there.”

More than 95 percent of COVID-19 cases in the UK are of the delta variant, which was first identified in India. Cases have spiked in recent weeks as British authorities have relaxed coronavirus restrictions, allowing indoor gatherings and businesses including restaurants, cinemas and gyms to reopen. Scientists say the delta variant is much more transmissible than previous versions of the coronavirus, although it is uncertain if it is more deadly.

Under the classification, people who have stayed in the UK for more than two hours will be restricted from boarding passenger flights to Hong Kong.

It is the second time that the Hong Kong government has banned flights from the UK, following a restriction imposed last December.

Although flights from the UK are banned from July 1, passengers can still book one-way flights from Hong Kong to London on airlines such as Cathay Pacific and British Airways.

Dr. Julian Tang, a virologist at the University of Leicester who previously worked in Hong Kong, said the ban makes sense from a scientific point of view.

“The UK has never been good at controlling the virus and overconfidence in the vaccine is likely now spurring this (latest) wave,” he said, adding it makes “perfect sense” for Hong Kong to ban travel from Britain.

He said previous surges of COVID-19 in Hong Kong have been tiny and that exported cases in a largely unvaccinated population would be worrying.

“They want to keep that Chinese territory as pristine as possible until they can persuade people to get vaccinated,” Tang said. “And that’s going to take a long time.” He estimated that countries need to have at least 80 percent of their populations immunized to stop the spread of the delta variant.

The ban comes amid heightened tensions between the UK and China over semi-autonomous Hong Kong, which was a British colony until it was handed over to China in 1997.

The UK has criticized China for imposing a national security law on Hong Kong and tightening control over its media, saying Beijing is undermining the city’s autonomy.

The flight ban was triggered by a policy put in place by the government to prevent coronavirus variants from spreading in Hong Kong.

A suspension of passenger flights is imposed if five or more passengers arriving from one place test positive on arrival for a particular coronavirus variant, or a relevant virus mutation within a seven-day period.

A ban is also triggered if 10 or more passengers from one place are confirmed to be infected with the coronavirus via any tests, including tests conducted during quarantine, within a seven-day period.

The UK reported more than 22,000 new cases of the coronavirus on Monday, while more than 66 percent of the population has received at least one dose of a COVID-19 vaccine.

Hong Kong, which for months imposed a 21-day quarantine for arrivals from most countries and implemented strict social-distancing regulations, reported three new cases of the coronavirus on Monday. It has confirmed a total of 11,921 cases since the pandemic began.

The UK flight ban comes as Hong Kong is looking to relax quarantine measures for most other countries, including the US and Canada.

Several other countries, including the Philippines and Indonesia, also face flight bans to Hong Kong.

Last week, the World Health Organization said the delta variant is the “most transmissible” mutation identified to date and said it is spreading in at least 85 countries.