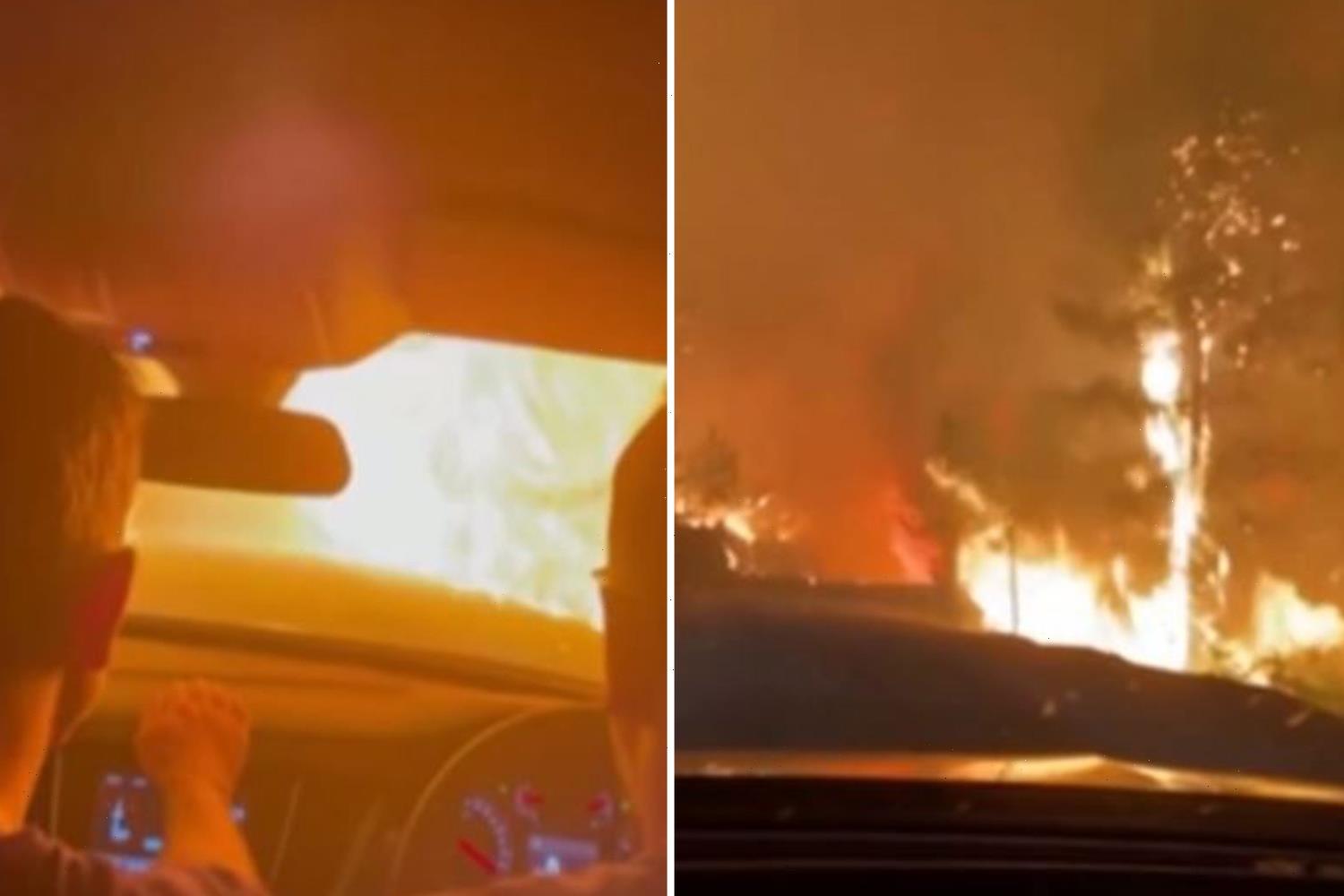 HORRIFYING video show the moment a group of friends narrowly avoided death in wildfires in Turkey when they drove through the flames.

Fire crews tackled blazes for a fourth day as the number of people killed in forest fires sweeping through the south of the country rose to six on Saturday. 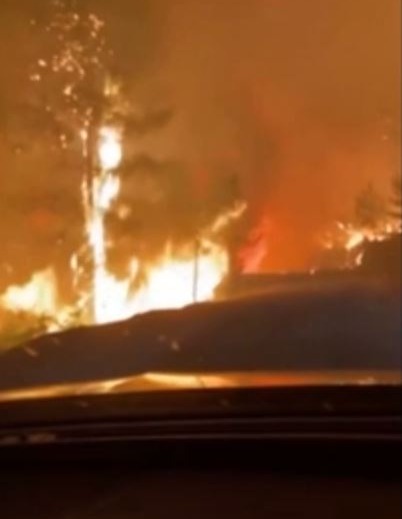 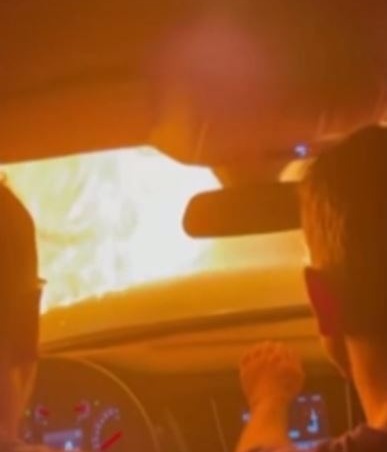 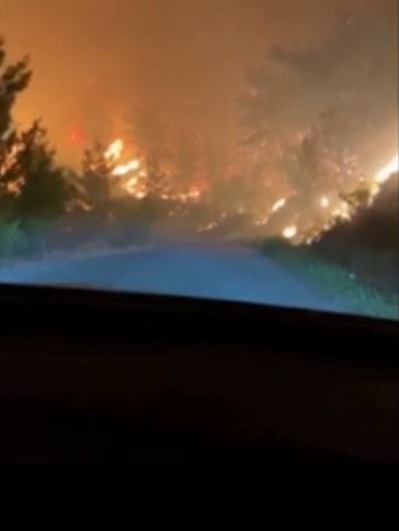 Footage shot from the backseat shows the men driving along a forest road with flames on either side of the vehicle and smoke blocking out the sun.

Their car encounters a wall of flame blocking the road forcing them to hastily reverse and beat a retreat back down the road.

When they get safely away, the passenger watch the flames as smoke continues to rise.

Exactly where the men were trying to drive to is unclear but there is luggage in their car, indicating they could be among the thousands forced to flee the flames.

Panicked tourists hurried to the seashore to wait for rescue boats Saturday after being told to evacuate some hotels in the Aegean resort of Bodrum due to the dangers posed by nearby wildfires.

The worst fires were in the Manavgat and Akseki regions in Antalya province, where strong winds pushed the fire toward towns and villages. 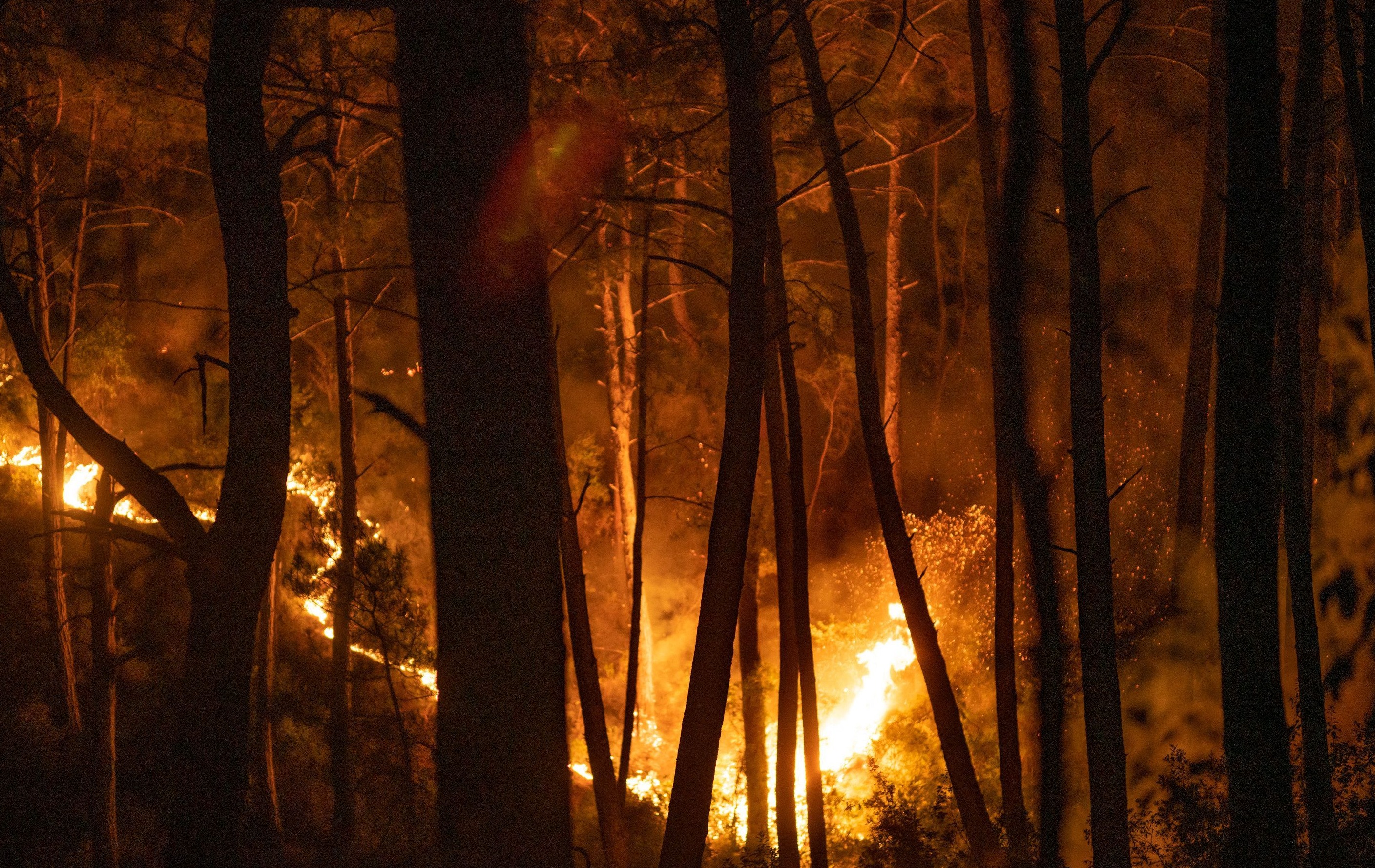 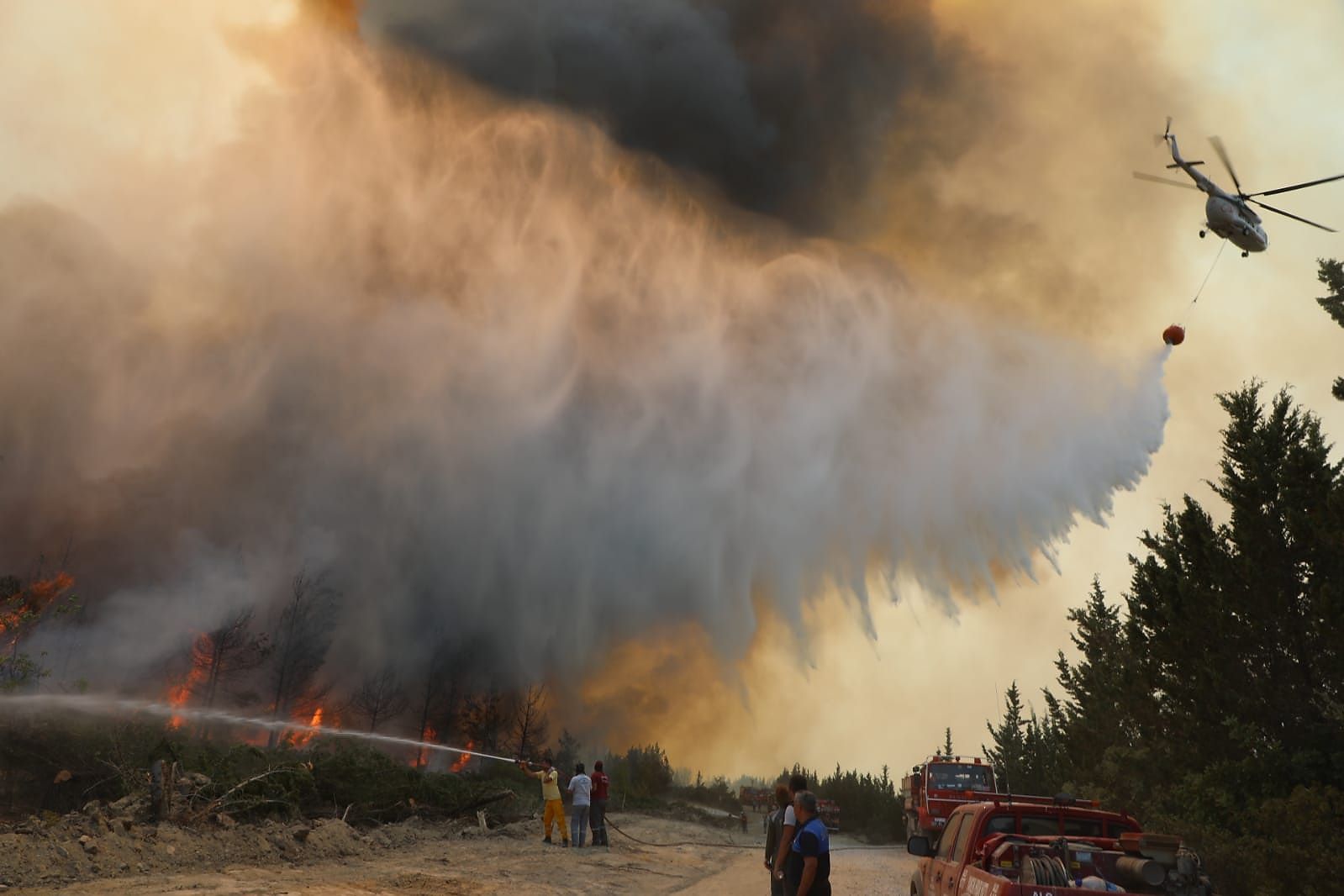 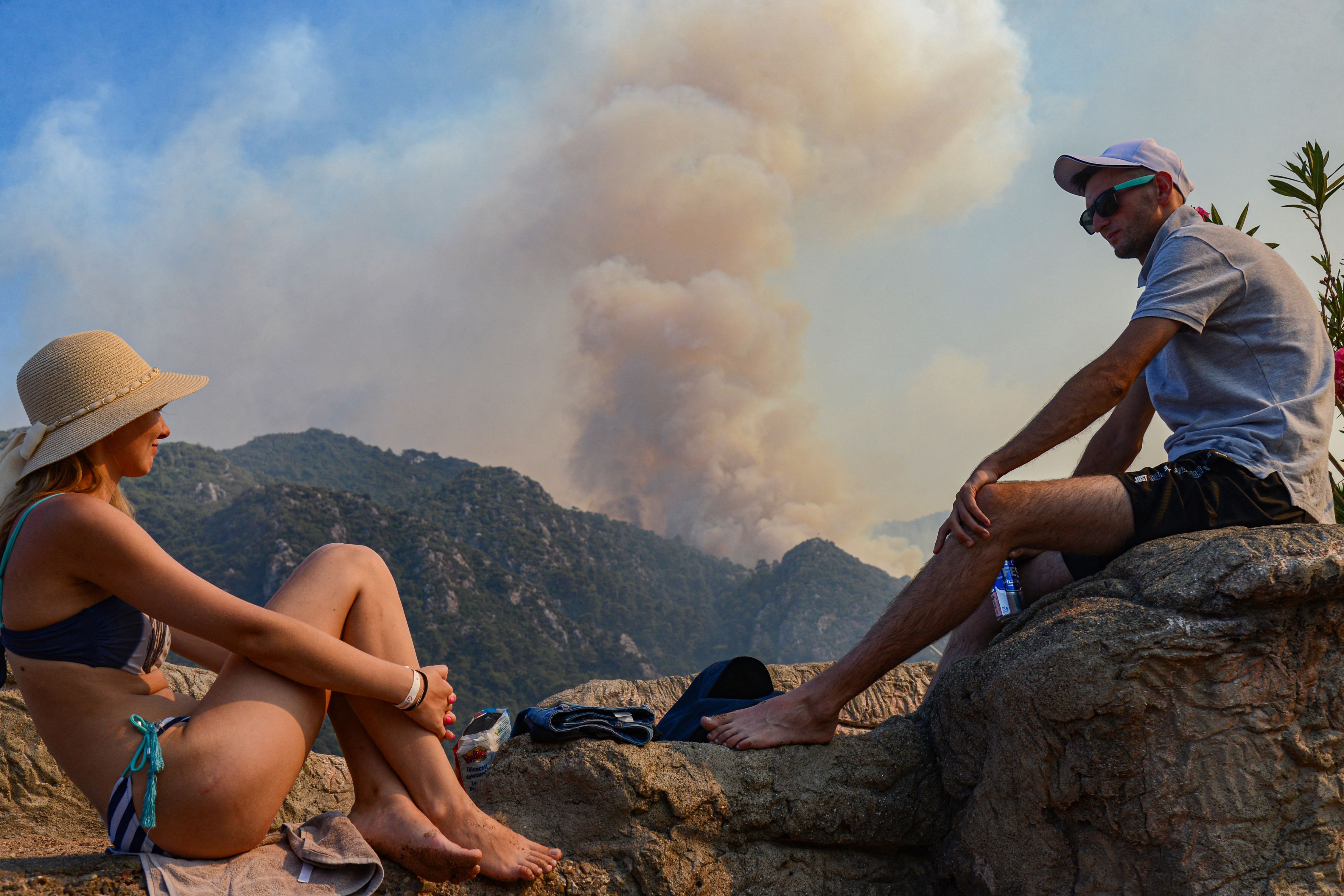 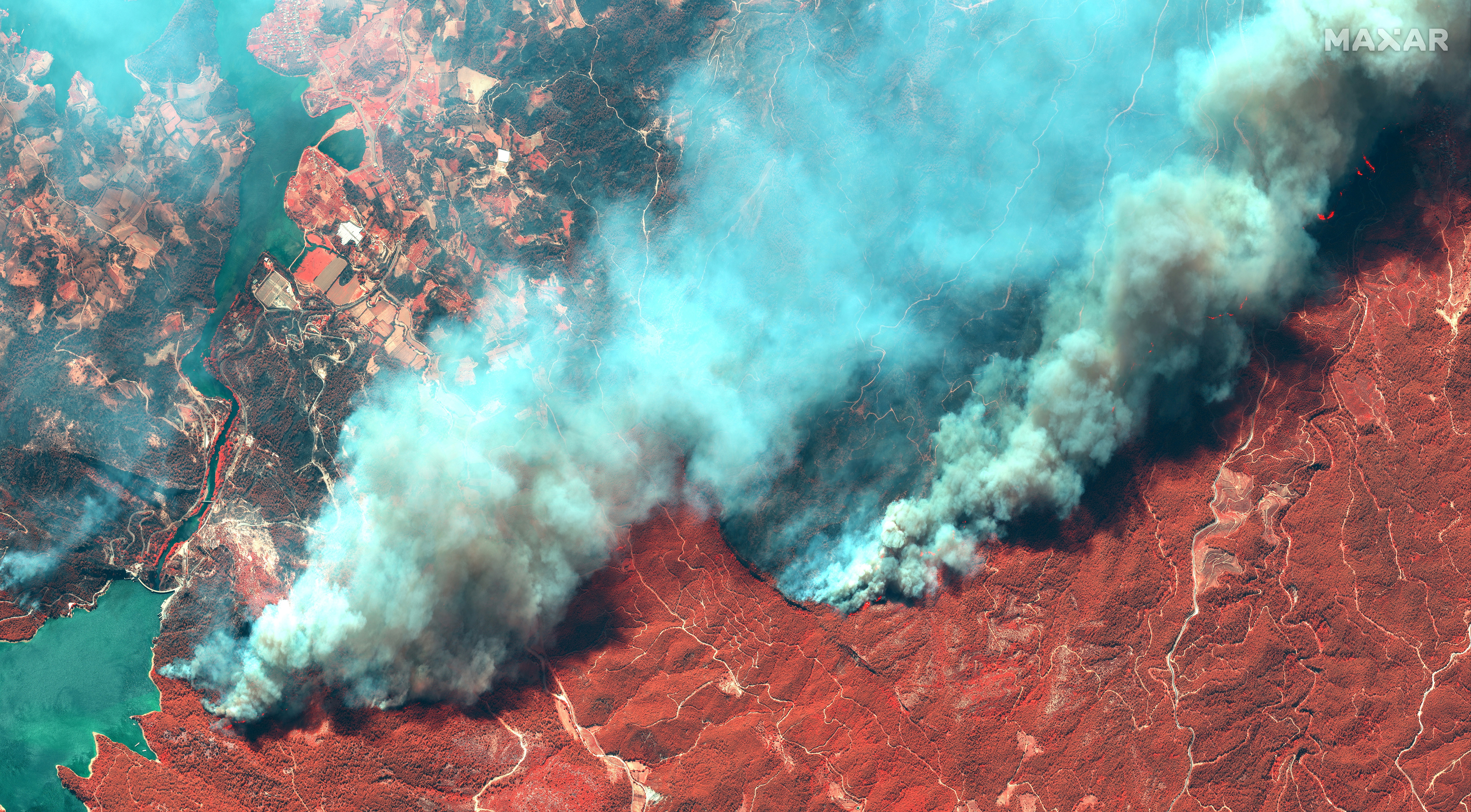 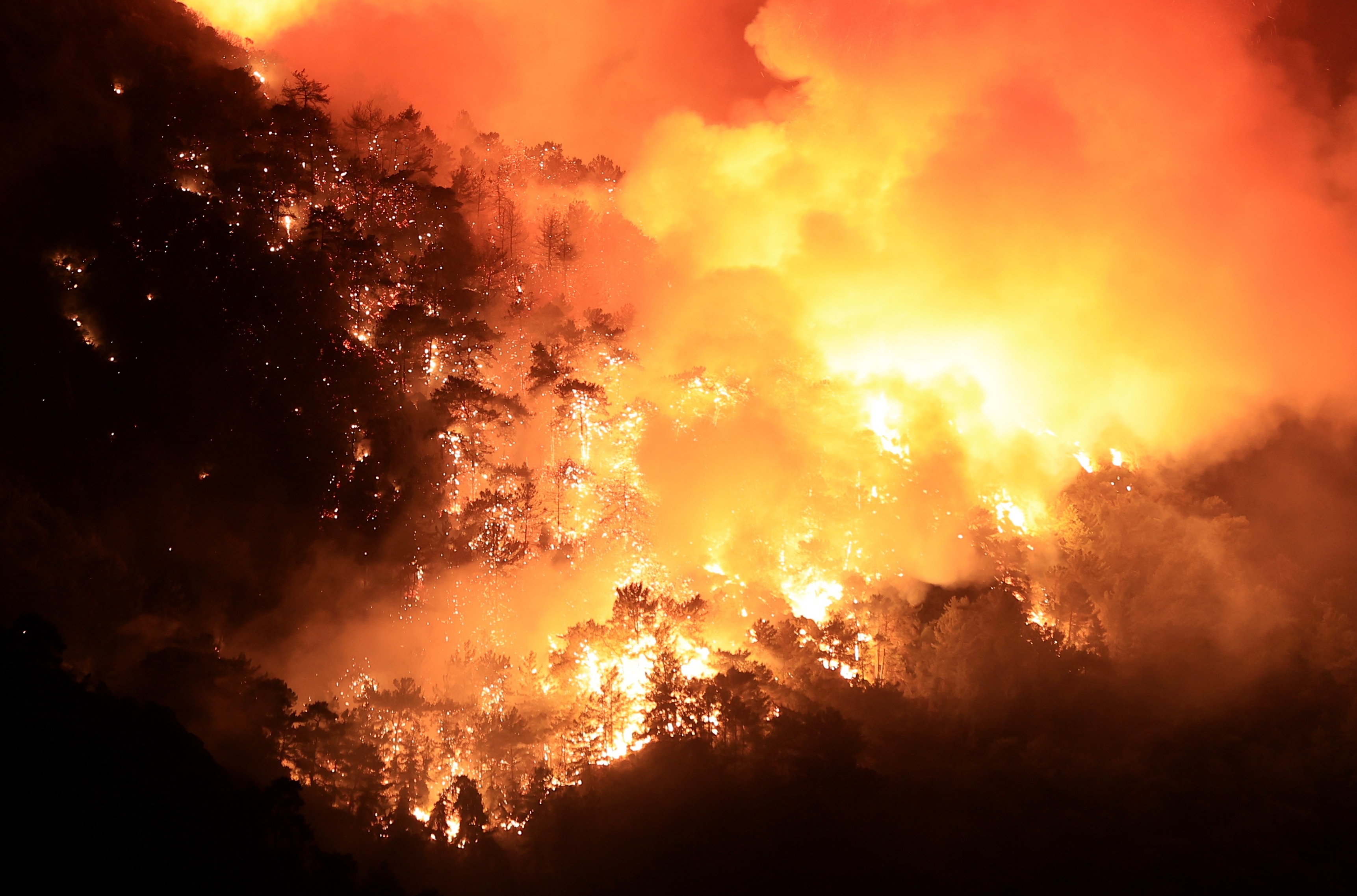 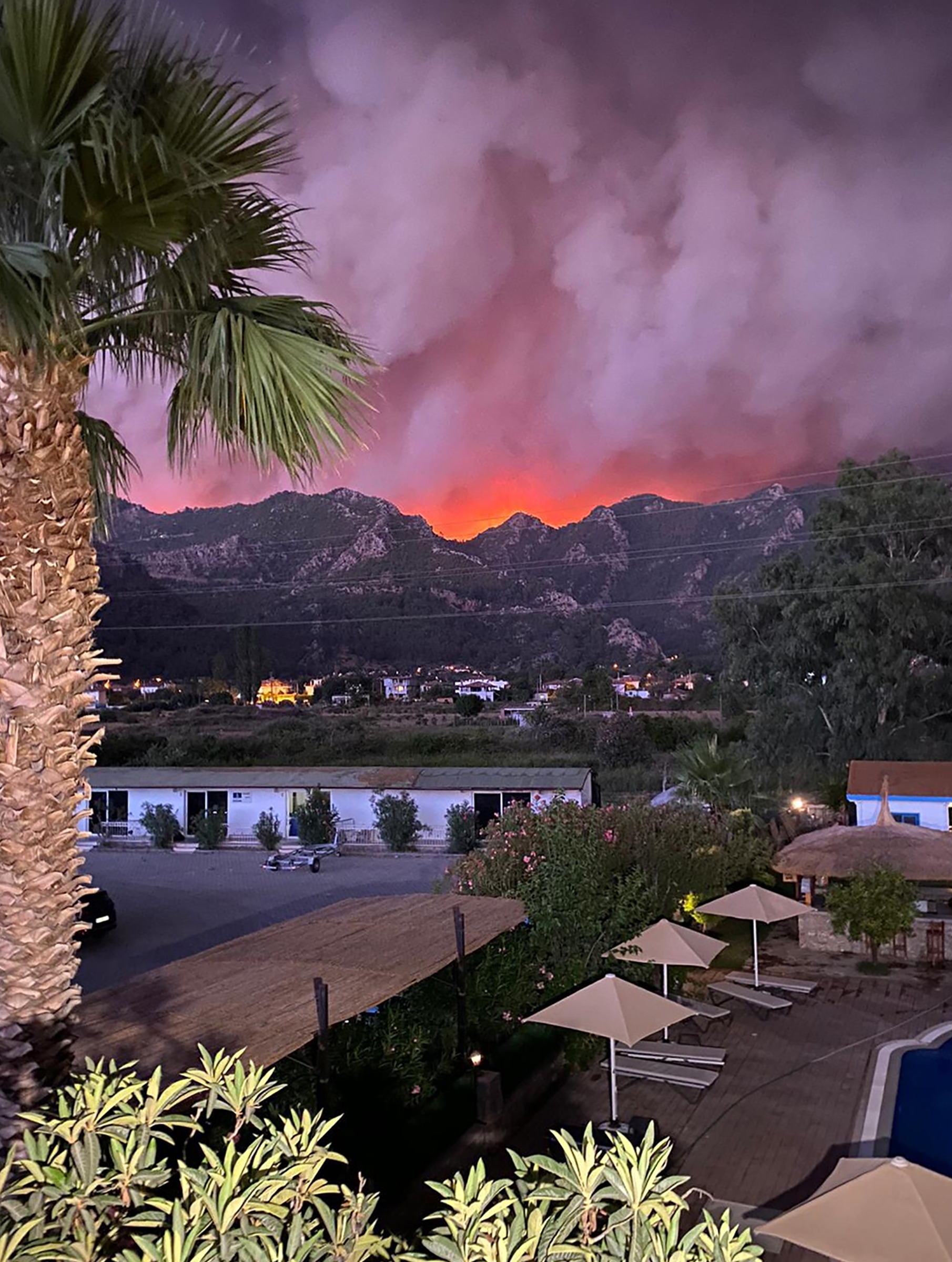 Some 400 people affected by the fires in Manavgat were treated at hospitals and released, while 10 others were still hospitalized for fire injuries.

At least five people have died from the fires in Manavgat and one died in Marmaris.

Both are towns located on the Mediterranean and are popular tourist destinations.

An 82-year-old man and a married couple died while more than 50 people were hospitalised and dozens of homes were incinerated.

A 25-year-old volunteer died in another fire near the Turkish resort of Marmaris 200 miles, west of Antalya.

The state-run Anadolu Agency said the man was taking drinking water to firefighters but got in a motorcycle crash and perished in the fire.

In Marmaris, 159 people were treated at the hospital and one person was still undergoing treatment for burns.

Wildfires are common in Turkey’s Mediterranean and Aegean regions during the arid summer months.

A heat wave across southern Europe, fed by hot air from Africa, has led to wildfires across the Mediterranean.

Last week selfie-loving tourists hit the beach despite the apocalyptic scenes as Turkey is ravaged by wildfires.

The shocking images show Russian holidaymakers snapping selfies while they are surrounded by an inferno that is feared to have been caused by arsonists.