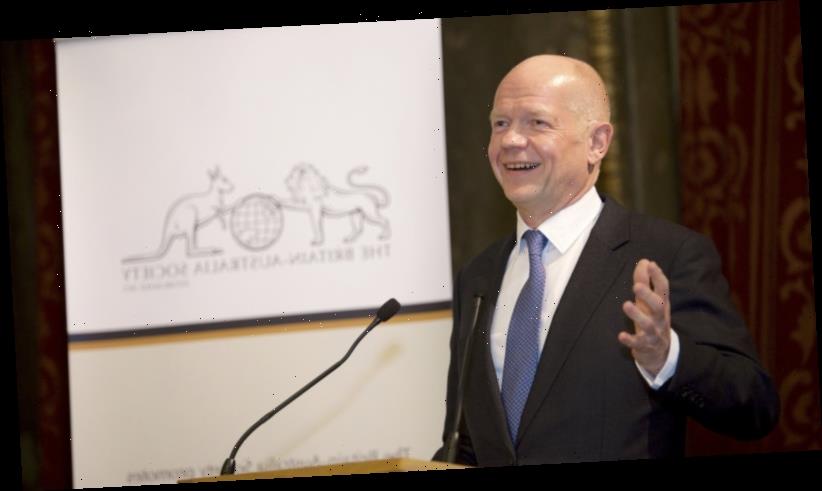 Former Tory Leader William Hague, who backs Australia and the United States' ban of the Chinese vendor, sounded the warning ahead of a 90-minute parliamentary debate in Westminster on Wednesday. The debate will be led by Johnson's former cabinet colleagues who want the UK to adopt an Australia-style Huawei ban.

Hague raised the thorny issue while addressing the Britain-Australia Society during a reception at Australia House in London and spoke exclusively to The Sydney Morning Herald and The Age a short time after.

The former foreign secretary predicted the rebellion would end in failure.

"I wouldn't raise a hope that would change things. I don't want to tell them it's futile but I doubt that will end up changing things," he said.

Government rebels need 45 Conservative MPs to side with non-government parties, including Labour to cause an upset in the Commons. They want the decision reversed, or a binding timeframe put on a phase-out of all Huawei equipment.

But Hague said this was unlikely as he doubted the Labour opposition, which is focussed on its post-election leadership election, would oppose the government decision.

"I don't think they're going to deliver a political defeat to the Boris Johnson government on that," he said.

Johnson bitterly disappointed Australia and the US who had urged Britain to adopt a similar national-security based ban when he allowed Huawei to contribute to supplying up to 35 per cent of the equipment needed for the country’s 5G networks.

US President Donald Trump is believed to have been "very angry" with Johnson during a telephone call after the January decision. The Trump administration has suggested it could cut Five Eyes intelligence sharing with the UK although this threat is not taken seriously in Britain.

Five Eyes is an elite spying club comprising the US, UK, Australia, Canada and New Zealand.

Hague said this would only harm the Five Eyes and said there was no reason for the US to deny Britain valuable classified information.

Australia has also expressed its disappointment with the British. The deputy chair of Parliament's Intelligence and Security Committee Anthony Byrne rebuked British Foreign Secretary Dominic Raab during his recent visit to Canberra.

The Labor MP's comments were quietly endorsed by Home Affairs Minister Peter Dutton but a planned trip by the Intelligence Committee to the UK scheduled for the first week of April was cancelled.

Speaking at Chatham House, the foreign policy think tank in St James, London, China's Ambassador to the UK Liu Xiaoming said he hoped countries would foster "a non-discriminatory environment for Chinese companies including but not limited to Huawei".

Liu has previously complained that restrictions on Huawei undermine the West's commitment to a free market.