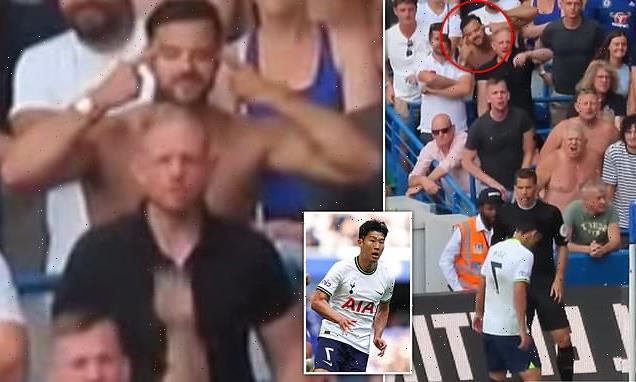 A Chelsea fan is said to have made a racist gesture against rival forward Son-Heung-min.

The South Korean forward started the London derby and played 79 minutes before being replaced by Yves Bissouma.

The incident is believed to have taken place in the second half when Son went over to take a corner at the Shed End.

Footage shared by a football fan on Twitter appears to show a man pulling up the corners of his eyes – apparently a racist jibe at Son’s Korean ethnicity. 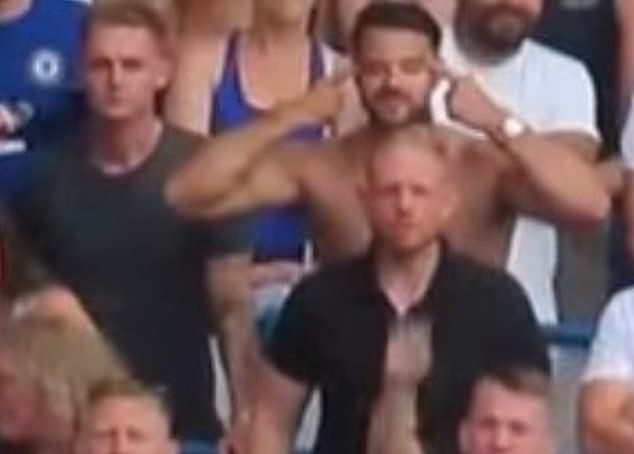 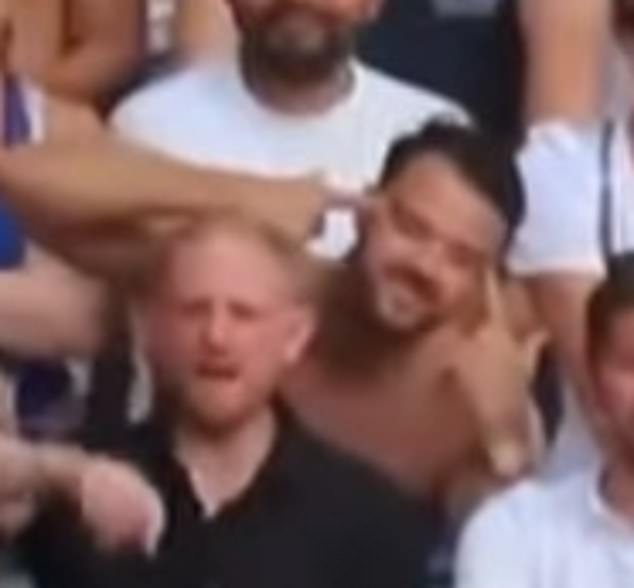 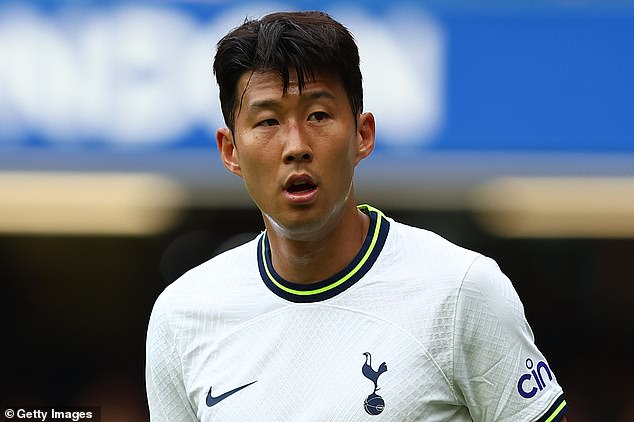 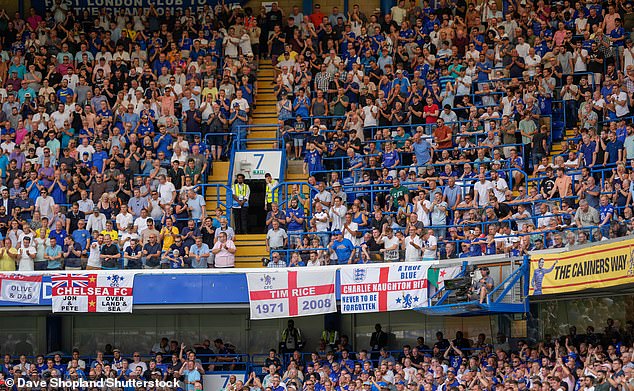 Son has experienced racist abuse before during his time in England.

Back in 2019, a West Ham fan was fined for racially abusing him during a Carabao Cup match.

On the pitch, the match at Stamford Bridge was an enthralling contest, with Chelsea twice going ahead through Kalidou Koulibaly and Reece James, only to be pegged back twice thanks to goals for Pierre-Emile Hojbjerg and Harry Kane. 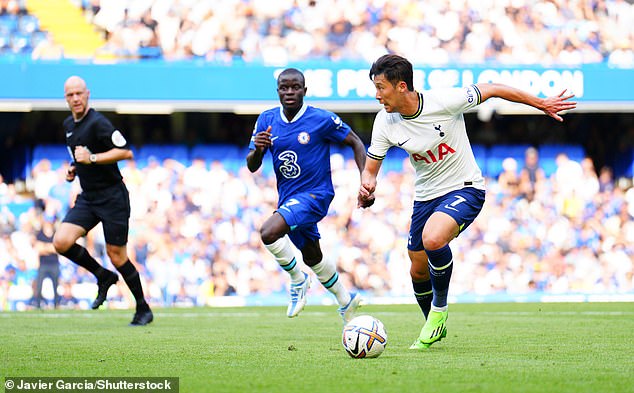 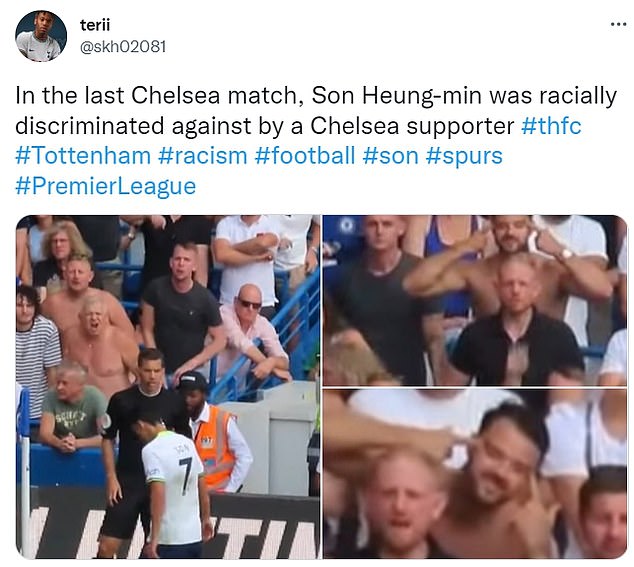 The match included several controversial moments, with Blues boss Thomas Tuchel claiming that neither Spurs goals should have stood due to incidents in the build-up to both.

Tuchel clashed with opposite number Antonio Conte on the touchline on multiple occasions, and both managers have since been charged for their actions.

The German coach could find himself in more hot water in the near future after being particularly critical of referee Anthony Taylor’s performance following the final whistle, and questioning whether he should be allowed to officiate Chelsea games moving forward.

A Met Police spokesman said: ‘A man has been identified following an incident during the Chelsea v Tottenham game at Stamford Bridge on Sunday, August 14.

‘The man attended a south London police station on Wednesday, August 17. He was not arrested at this time but was informed police will be in contact with him as part of this investigation.  Enquiries continue.’