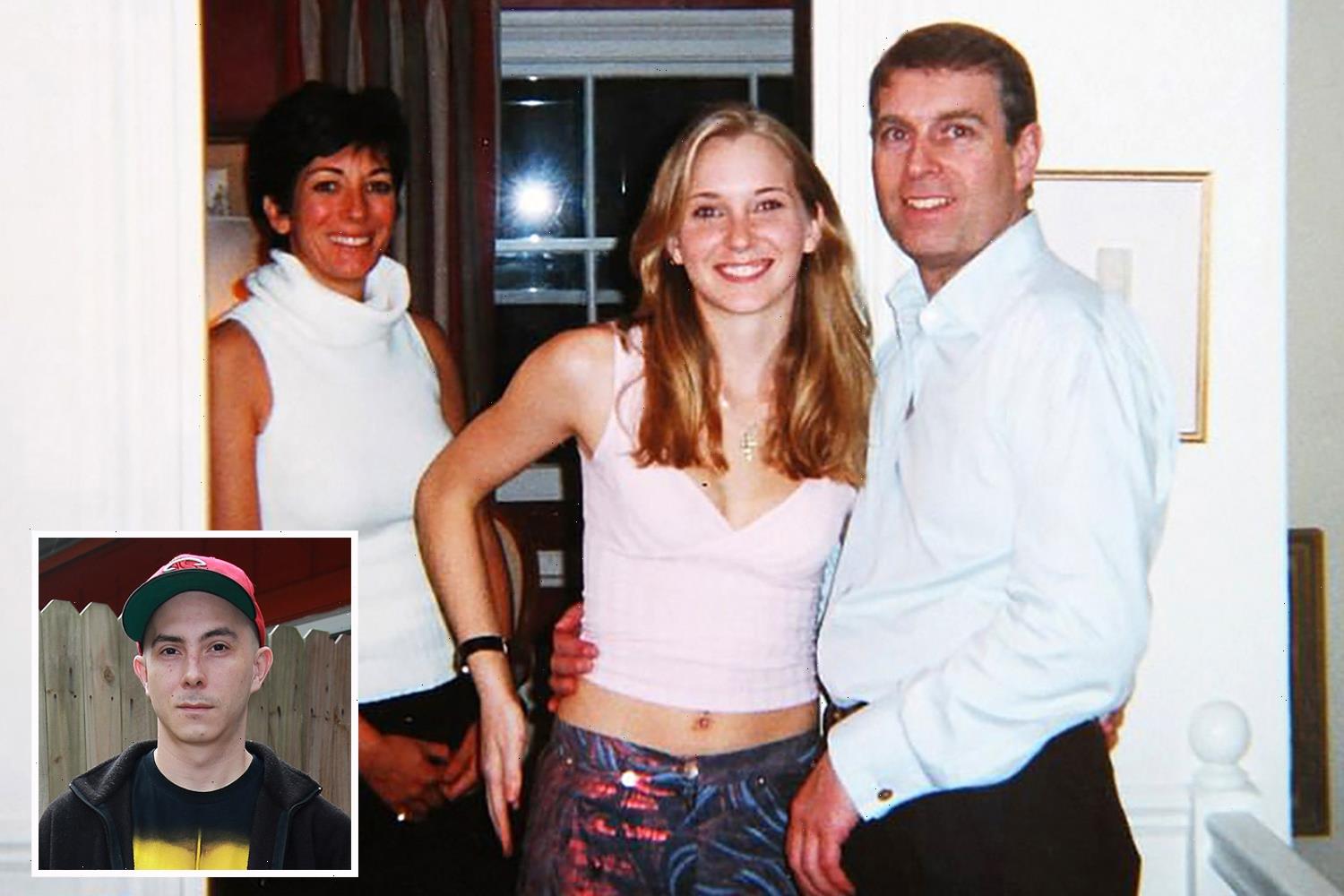 VIRGINIA Roberts' ex-boyfriend has said he is haunted by the photo that appears to show Prince Andrew with his arm around her waist.

Anthony Figueroa was dating Virginia at the time when she was groomed by Ghislaine Maxwell and Jeffrey Epstein. 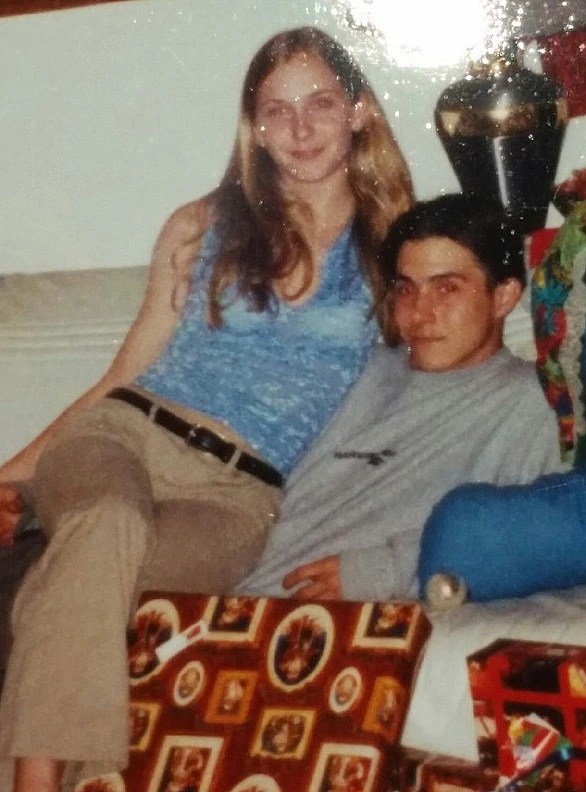 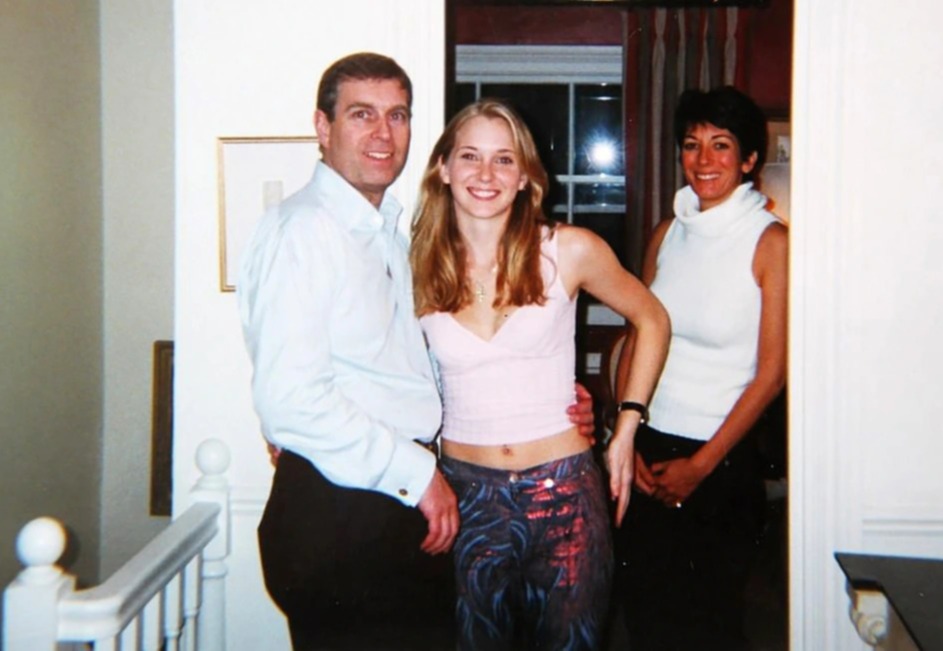 He blames the royal for the breakdown of their relationship – saying Virginia was "different" whenever she returned from the three alleged sexual encounters she had with him.

Andrew categorically denies all claims against him – and says he has no memory of meeting Virginia.

The Duke of York was pictured with Virginia on the same night he allegedly first abused her after she had been trafficked to him at Maxwell's house in London.

However, he has offered a number of explanations over the snap – which was allegedly taken by Epstein – including that it has been doctored.

"I didn’t see the photo of her with Andrew until after we split," Anthony told The Sunday Mirror.

"It still p***** me off to think about it because from the times she got back from seeing him, things were different.

"That was what ended us."

And while the two are no longer in contact, Anthony says he is "proud" of what Virginia is doing as she prepares for a lawsuit against the Duke.

England and Wales’ crime capitals revealed – how dangerous is YOUR area

He said: "Andrew needs to be questioned by the authorities here. He should face up to it.”

Ms Giuffre alleges she was sexually abused by the prince three times between 1999 and 2002 – in London, New York and on Epstein's private Caribbean island – which Andrew strongly denies.

She claims she was enticed by Maxwell, who was this week found guilty of helping to lure vulnerable teens to ex-lover Epstein's properties for him to abuse between 1994 and 2004.

Maxwell could spend the rest of her life in prison after being convicted of five out of six counts of sex trafficking for Epstein’s paedophile ring.

The Duke of York has so far avoided questioning on what he knows, but Mr Figueroa, who claims his then-girlfriend confided in him about the alleged abuse 20 years ago, is calling for Andrew to "face up to the case".

Anthony claims former sex slave Virginia knew what Epstein and Maxwell expected of her – which included acting as bait to attract more victims – but she "didn't want to do it".

He said: "Being royal makes no difference. Andrew has to face up to the case.

"I remember the first time Virginia mentioned him in 2001. She knew she’d be meeting him and said she knew what they wanted her to do with him and she didn’t want to do it.

"She said she was scared and nervous. I told her she had to do whatever it took to feel safe." As well as being intimate with the prince, Mr Figueroa, 39, claims his teenage partner was also repeatedly forced to have sex with Maxwell while Epstein watched.

And she acted as a poster girl for the paedophile ring, going out with Maxwell and "recruiting others in clubs before Ghislaine moved in," the now-restaurant worker in Atlanta, Georgia, added.

The young couple visited Epstein's old "house of horrors" mansion in Palm Beach, Florida, where it is understood at least 40 girls were lured to give massages for cash, only to be attacked by the tycoon, who died in jail in 2019.

Mr Figueroa said: "They manipulated us both. They knew we were kids and stupid.

"Those two pushed her into a bad place. At first the money was part of our thinking – we had our own place because of it and when Virginia went away with them she’d leave me a few hundred dollars.

He added: "All I knew at first was Virginia was their masseuse but she was uncomfortable and didn’t want to be there.

"I was 18. I didn’t understand the bigger picture. The truth came out when we argued about what was really going on.

"She said she was being told to have sex with men. I wanted her to get out, but she couldn’t."

High-powered lawyers for Andrew and Ms Giuffre will go head-to-head in New York on Tuesday to decide the future of her lawsuit.

The prince is desperate to avoid a civil trial against his accuser — who could face his disgraced pal Maxwell in court at her sentencing.

He has consistently denied all allegations against him, but Ms Giuffre's lawyers are said to be filing evidence demands, including medical proof that he is unable to sweat, as claimed in his car-crash Newsnight interview in 2019.

During the televised chat, the duke insisted he had no memory of ever meeting her, and said her claim that he was sweating profusely as they danced in London's Tramp night club before he allegedly assaulted her could not have happened as he was unable to sweat.

The 61-year-old also said he had an alibi for that night as he was at a Pizza Express in Woking, Surrey – which Ms Giuffre's lawyers also want proof of.

Andrew needs to be questioned by the authorities here. He should face up to it.

Mr Figueroa, who gave evidence in a previous deposition, said: "I’m not in contact with her, but I’m proud of what Virginia is doing.

"Andrew needs to be questioned by the authorities here. He should face up to it."

His comments echo calls from an ex-chief prosecutor who last night urged cops to review all alleged offences "without fear or favour" – including questioning Andrew if necessary.

Nazir Afzal said: "I cannot see anything more significant than Ghislaine Maxwell’s conviction for her part in this paedophile ring – so [the Met] must now investigate this properly to restore public confidence.

"The Met has previously said there is not enough evidence but that is because it has not been investigated.

"It must now properly investigate and see where it takes them and if that involves interviewing His Royal Highness then it must do that, as what it is meant to do is investigate without fear or favour."