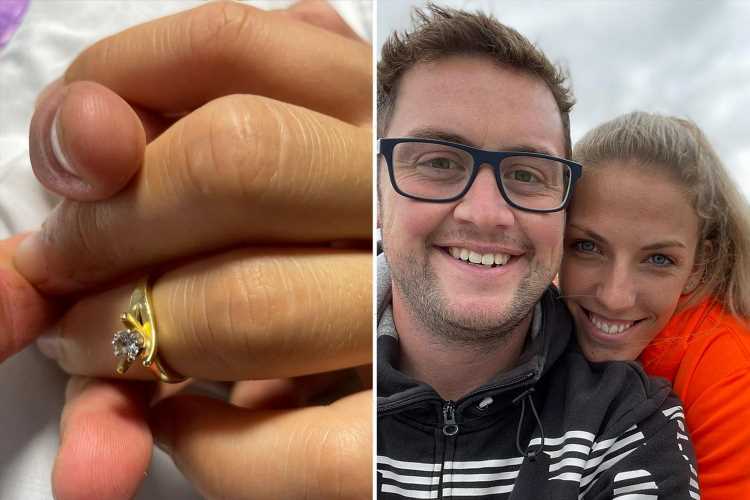 A HEARTBROKEN boyfriend has told how he married his partner as she died after being left brain dead in a horror car crash.

Greg Peters, 34, paid tribute to his beloved girlfriend Anna Ledgar and said he can take solace in the fact that "now I can call her my wife." 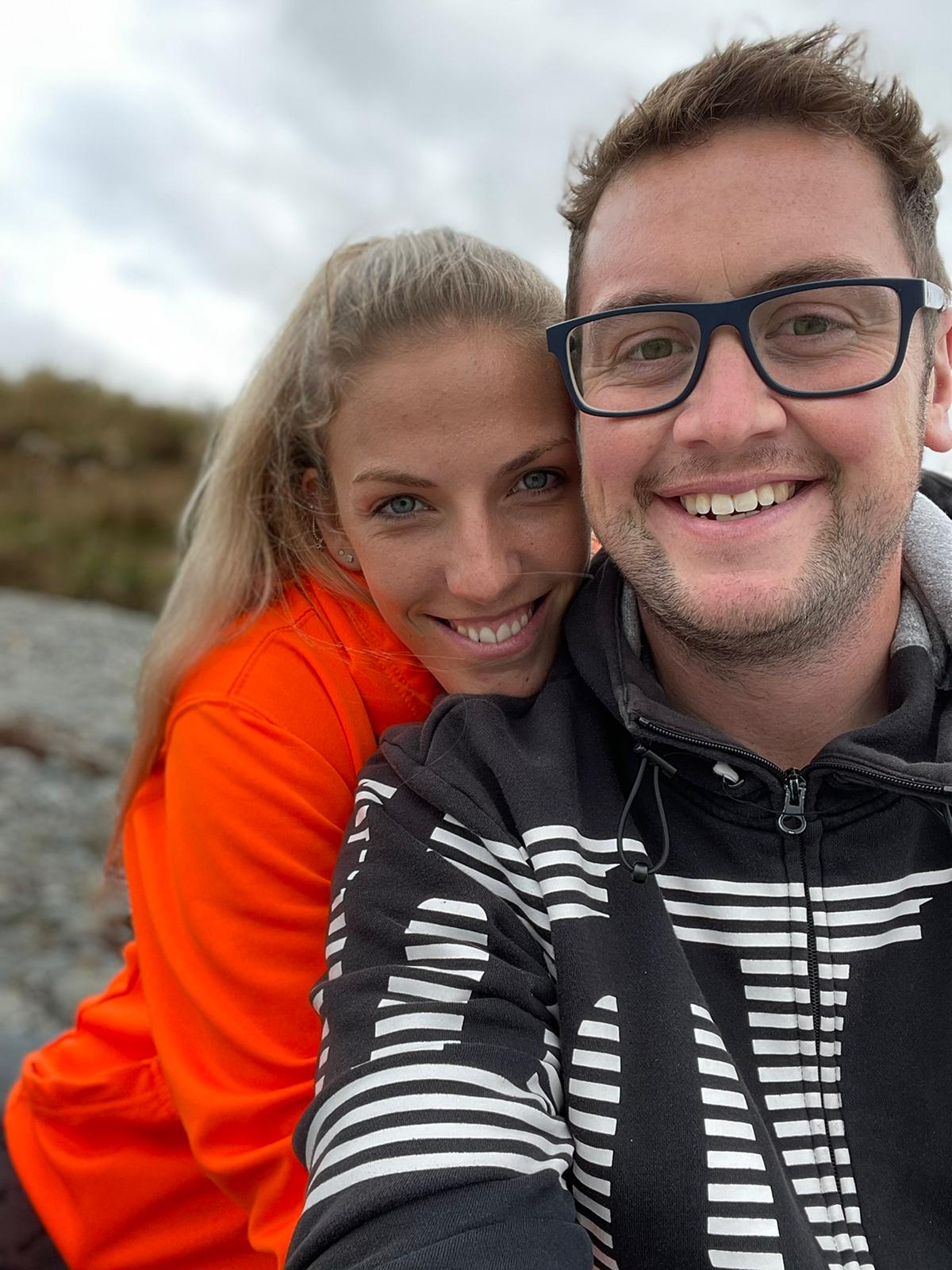 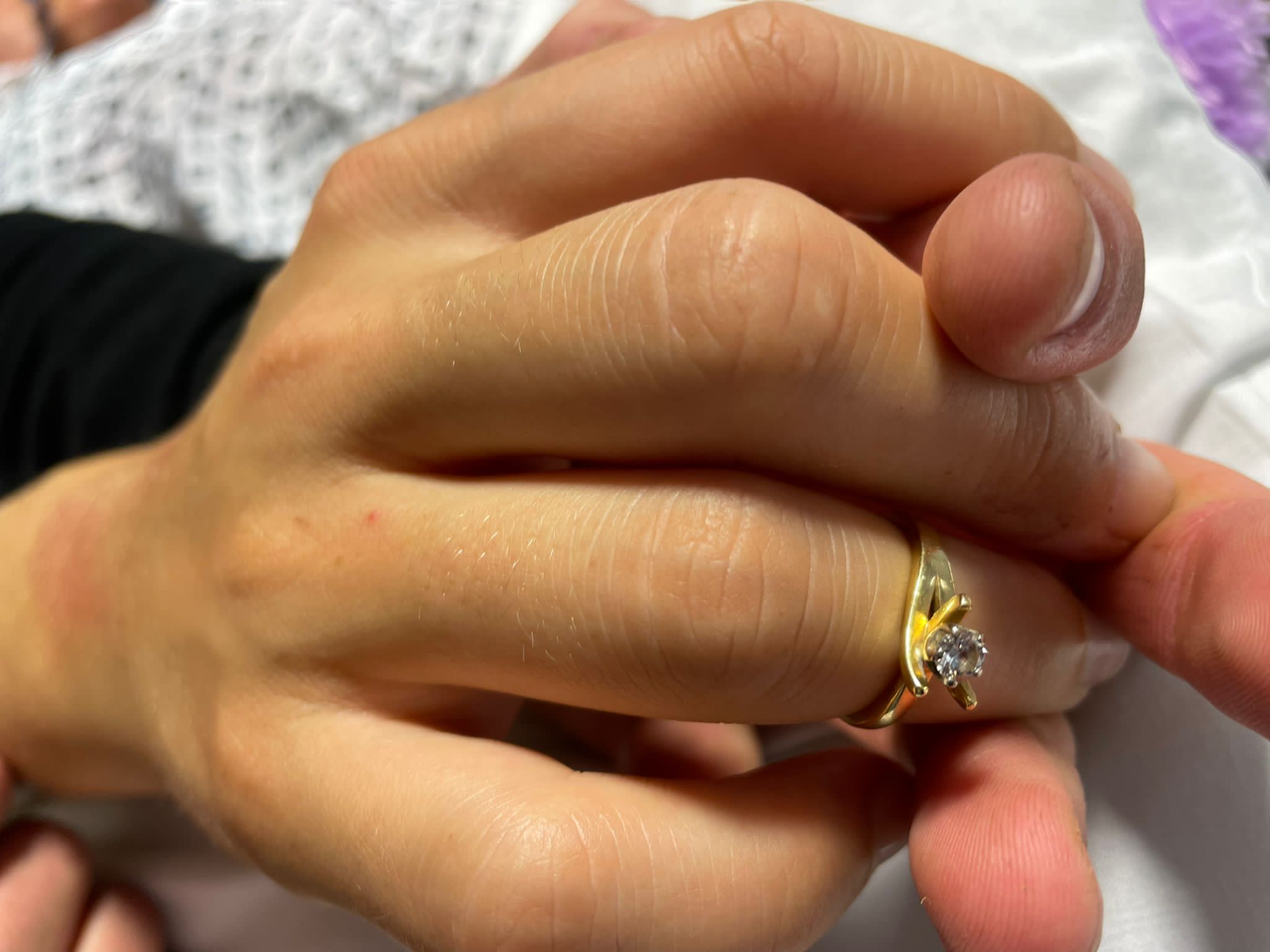 The happy couple were on the brink of moving into a new home together and had already excitedly discussed getting wed, despite not being engaged.

But gym boss Anna, 28, tragically died after her car was in a head-on smash with another vehicle while she was driving to work on Monday in Staffordshire.

The grieving electricianfrom Abbots Bromley, Staffordshire, told movingly of their bedside "marriage blessing" asAnna was battling for life on a ventilator at the Royal Stoke Hospital.

He recalled how he had last seen her on Monday morning as he kissed her goodbye at his home she had moved into during lockdown, telling her: “I love you.”

Hours later he was at her bedside where she lay in a coma after suffering a serious brain injury.

In an exclusive interview with The Sun Online, Greg explained: “I had raced to the hospital. While driving there I wasn't overly concerned, thinking, knowing Anna she’ll probably just have a broken arm and will be OK.

“Then when I got there they took me to that horrible little room and I knew things were not looking good.

“I had two hours with her. She looked beautiful and amazing and not as if she had been in an accident. She was at peace."

Greg's world came tumbling down when he was delivered the news that Anna was beingkept on a ventilator for 24 hours but would not survive.

“I was at the lowest of lows. One of the nurses who had been looking after her mentioned that a hospital vicar could bless our relationship," he said.

“It sounds crazy but I could make Anna my wife. I was on cloud nine and now after the blessing, I can call her my wife. I know it’s not legal and official but it’s very special to me."

The 34-year-old honoured Anna's wishes by asking her mum if he could marry her daughter as her life hung in the balance – to which she said "Absolutely yes."

Both Anna’s and Greg’s families were present for the vicar’s blessing and gathered around her bed with tearful hospital staff.

He poignantly slipped an engagement ring given to him by his gran on Anna’s finger.

Greg said her mum Rita, a hospital receptionist, and car salesman dad Malcolm are still “very fragile” and are “really struggling" after losing their daughter.

Greg saidhis "world had fallen apart” after the 28-year-old sadly passed away, but he has drew some comfort from the fact her organs had been donated to help six other people.

He praised sporty Anna, who he met 18 months ago on dating app Jumble, describing her as “an amazing person.”

“I’ve been feeling proper down and when I heard yesterday that her organs will help six other people with her heart going to a small child it gave me a lift, some comfort. I pray that the child’s body accepts her heart.

“The fact that they found a match so quickly is a miracle. She had been an organ donor since she was 18. I'm so proud of her.”

The electrician remains determined to honour his late 'wife's' memory and intends to move into the house they had been gearing up to move into.

"We knew we had a future together. She was the one for me. She was perfect.

“We spoke about marriage, she knew that she wanted her bridesmaid to be dressed in turquoise, and we wanted to eventually start a family," Greg said.

“We had a dream house we had been waiting to move into, the offer's going through now. It's a two bedroom bungalow and we had already planned to knock down walls and extend it.

“I hope I can still move there in Anna’s memory.”

It sounds crazy but I could make Anna my wife. I was on cloud nine and now after the blessing, I can call her my wife. I know it’s not legal and official but it’s very special to me.

The loving couple had a bright future ahead of them – as after being headhunted, Anna had landed her "dream job" in June as gym manager at non-League Macclesfield Football Club.

But Anna was killed as she was driving to a late shift on a country road between Uttoxeter and Rocester in Staffordshire, which was closed for six hours.

She died the next day in hospital.

Greg said: “We don’t know what happened but it was a two car head-on crash. The police are still investigating.

“The driver of the other car had injuries to his wrist and knees and is stable in hospital.

Greg said he would never forget Anna’s “absolutely amazing eyes and massive smile – one that was always there."

He draws some comfort knowing the last words she heard from him was telling her he loved her.

Greg said: “She said it to me too. We always told each other. Never leave a loved one without letting them know how much they mean to you.”

He added that the outpouring of grief for Anna and messages of support had been “really overwhelming.”

He said: “Anna touched so many people. She was amazing.” 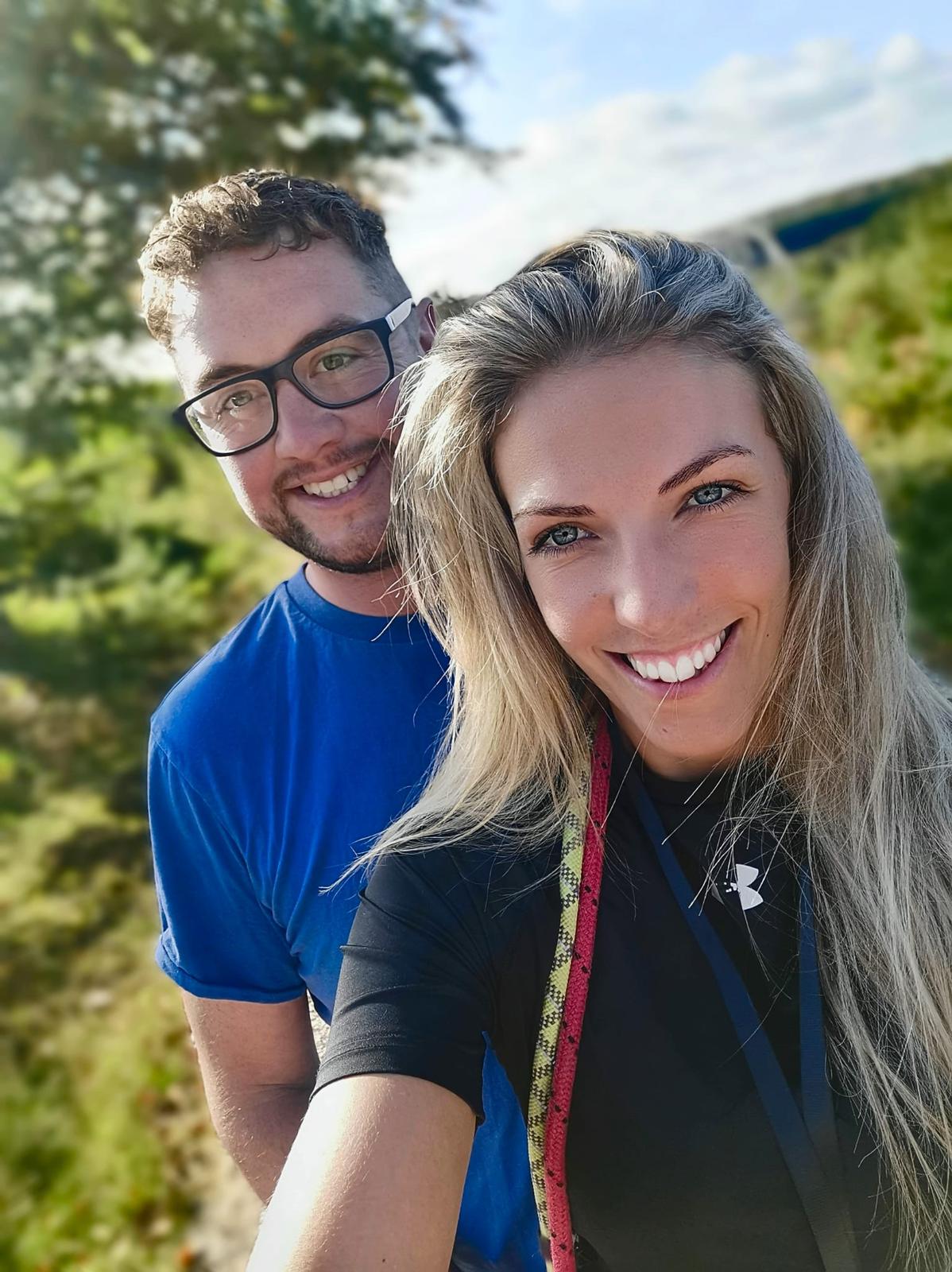 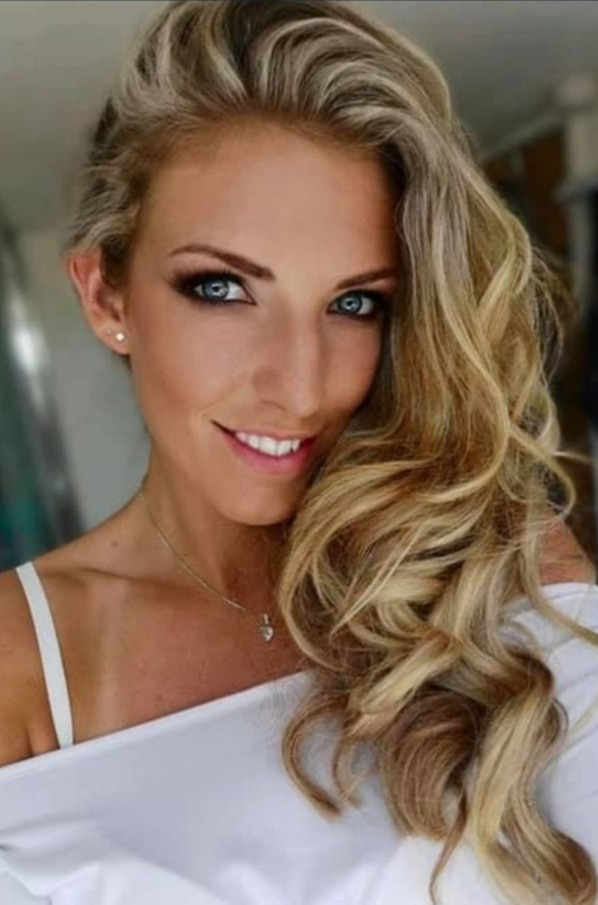