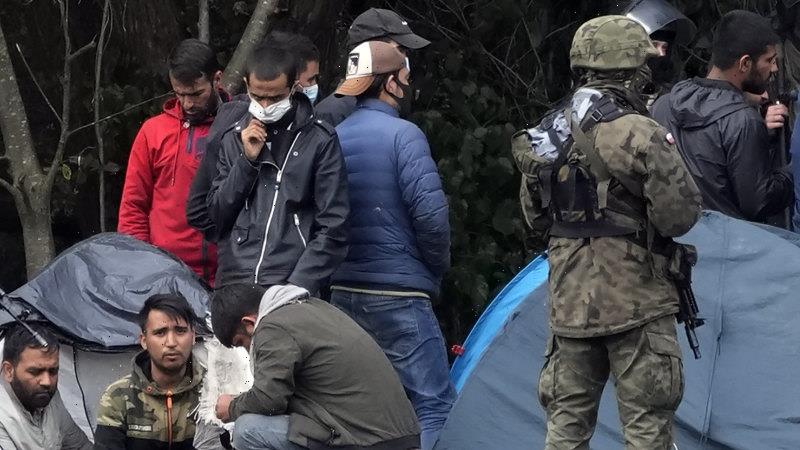 The incident marks an escalation of tensions along the border between Belarus and Poland, which is also part of the European Union’s eastern border.

The Polish government accuses Belarus of encouraging people from the Middle East and Africa to migrate in large numbers into the EU by entering Poland. The action has been described by the EU and Lithuania, also the target of such state-facilitated migration, as ‘hybrid war’. 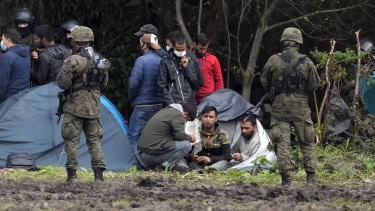 Migrants are seated, after crossing the border from Belarus into Poland in the village of Usnarz Gorny, Poland. Credit:AP

Polish forces have responded in many cases by pushing migrants back across the border into Belarus. Some asylum-seekers also have died while caught between the two countries.

Michalska said no one was hurt and that most probably blank ammunition was used. She said the guards were under increasing pressure and stress due to a growing number of incidents involving objects being thrown at Poland’s service members from the Belarus side.

The area along the border is restricted as part of a state of emergency that Poland imposed in early September, and neither journalists nor human rights workers can monitor the situation there. It was impossible to independently verify the Polish authorities’ claims. 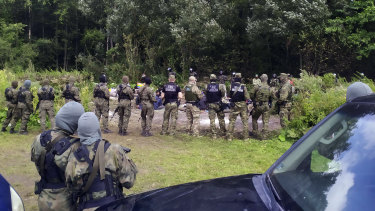 The European Union has condemned Belarusia’s trafficking of migrants as a form of “hybrid war” against the bloc.Credit:AP

PAP also reported that the Belarusian charge d’affaires, Alaksandr Czasnouski, told journalists as he left the meeting that “the information about the shots is untrue”. 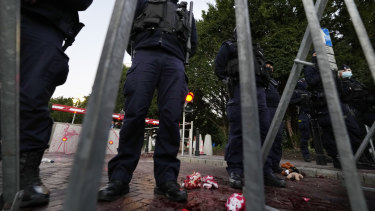 EU members Poland, Lithuania and Latvia have fortified their borders in response to unauthorised migration from Belarus. They allege the Moscow-backed Belarusian government is organising and encouraging people to enter EU territory as an element of “hybrid war” in retaliation for Western sanctions on the authoritarian government in Minsk.

Meanwhile, tensions are also growing in Poland, where some Poles accuse the government of inhumane treatment of the migrants. During a Friday protest, activists threw red paint symbolising blood on the Parliament grounds in Warsaw.

The action was “a gesture of solidarity with refugees dying on the border,” activist Marcin Mycielski said.