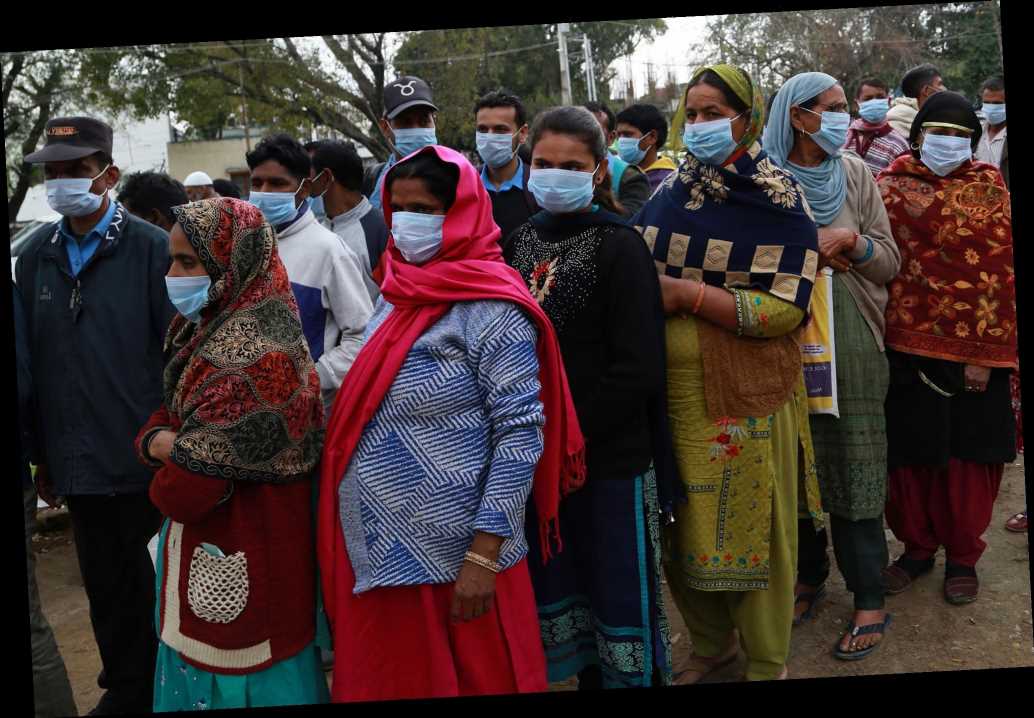 India has seen a spike in coronavirus infections — prompting fears about the spread of the deadly bug in the world’s second-most populous country.

Twenty-nine people have contracted COVID-19 in India, including three who have recovered, CNN reported. Many of the cases are linked to a group of travelers from Italy — the hardest-hit European country, according to Health Minister Harsh Vardhan.

India’s government has begun screening everyone arriving in the country for coronavirus — as public health authorities evaluate the country’s “core capacities for disease preparedness and response,” Vardhan said in parliament Tuesday.

“The scale and extent of our interventions have increased in alignment the evolving situation of COVID-19 across the world, and India in particular,” the minister said, according to CNN. “With the increasing global spread of the disease, we are confronted with new challenges. The contact tracing of positive cases requires the tracing of hundreds of contacts in multiple locations and monitoring their health.”

A cluster of cases have been confirmed in the city of Agra, where the Taj Mahal is located — and the government is launching a “containment plan” there, Vardhan said.

Prime Minister Narenda Modi tweeted earlier this week that “there is no need to panic.”

“We need to work together, take small yet important measures to ensure self-protection,” he wrote.

He also announced that he would not attend any of the country’s celebrations for Holi — the Hindu festival marking the start of spring where revelers smear and drench each other with brightly colored paint — to avoid spreading the infection.

Holi festivities at the country’s presidential palace have also been cancelled, according to CNN.

Sources told Reuters last week that US spy agencies are monitoring the global spread of coronavirus — with a focus on India — as officials grapple with concerns over the country’s ability to handle a widespread outbreak.

She was a 74-year-old woman — a “high-risk patient suffering from chronic disease” — who had been hospitalized since Tuesday, authorities said.

A total of 58 infections have been confirmed in Switzerland.

The country has close relations with its neighbor Italy — where about 3,100 people have been infected and 107 have died — as well as France and Germany, where coronavirus cases have also been reported.

Mostly young people have so far contracted coronavirus in Switzerland, but authorities warned that they could pass it onto the elderly who are at a higher risk.

Worldwide, more than 95,000 people have been infected by coronavirus and 3,283 have died.