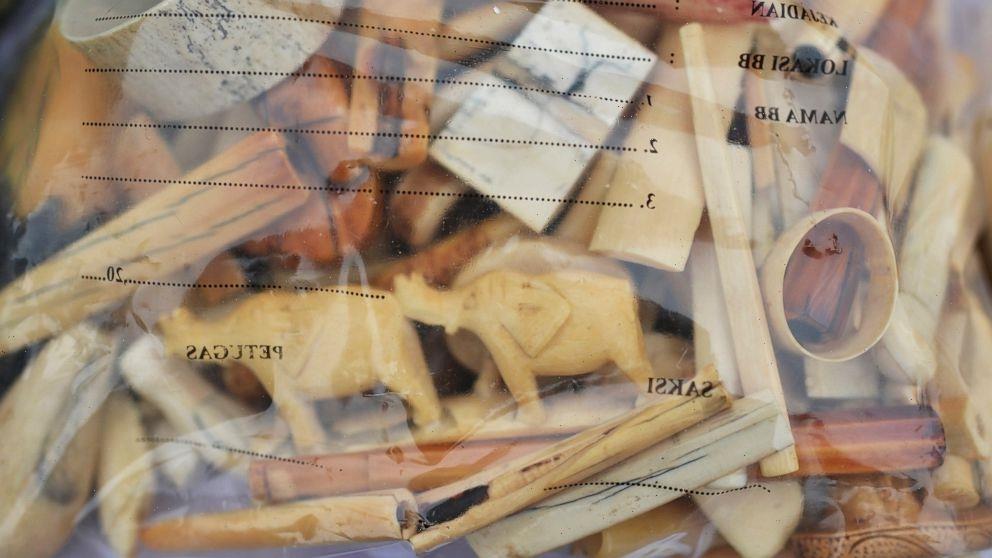 BANDA ACEH, Indonesia — Indonesian police say they have arrested an elephant poacher in Aceh province along with four people who bought ivory from an animal he killed.

The elephant was found without its head on July 11 at a palm plantation in East Aceh, police said. Local police worked with the Aceh Natural Resource Conservation Center to investigate the death.

“The team found indications that the elephant had been given poison before it was killed. The team also found the elephant’s head without its tusks 300 meters (1,000 feet) away,” East Aceh Police Chief Eko Widiantoro told reporters Thursday.

Police arrested a suspect on Aug. 10 who admitted he had tried to kill elephants five times since 2017 by poisoning them, but had succeeded only twice, including the recent death, Widiantoro said. On July 19, he and a partner poisoned mangos near a herd of wild elephants and executed a weakened elephant two hours later with an axe, he told police. The partner is still on the run.

The suspect said he sold the ivory to someone in East Aceh, who sold it to four buyers in Aceh and West Java provinces. The last buyer, a craftsman in West Java, made the ivory into a dagger and cigarette pipe, Widiantoro said.

All of the buyers were arrested and are being held at East Aceh police station along with the poacher, he said. They face up to five years in prison and a fine of 100 million rupiah ($7,000) if found guilty.

In the last seven years, 46 dead elephants have been found in Aceh, Indonesia’s westernmost province. Many were attributed to illegal hunting and conflicts with humans.