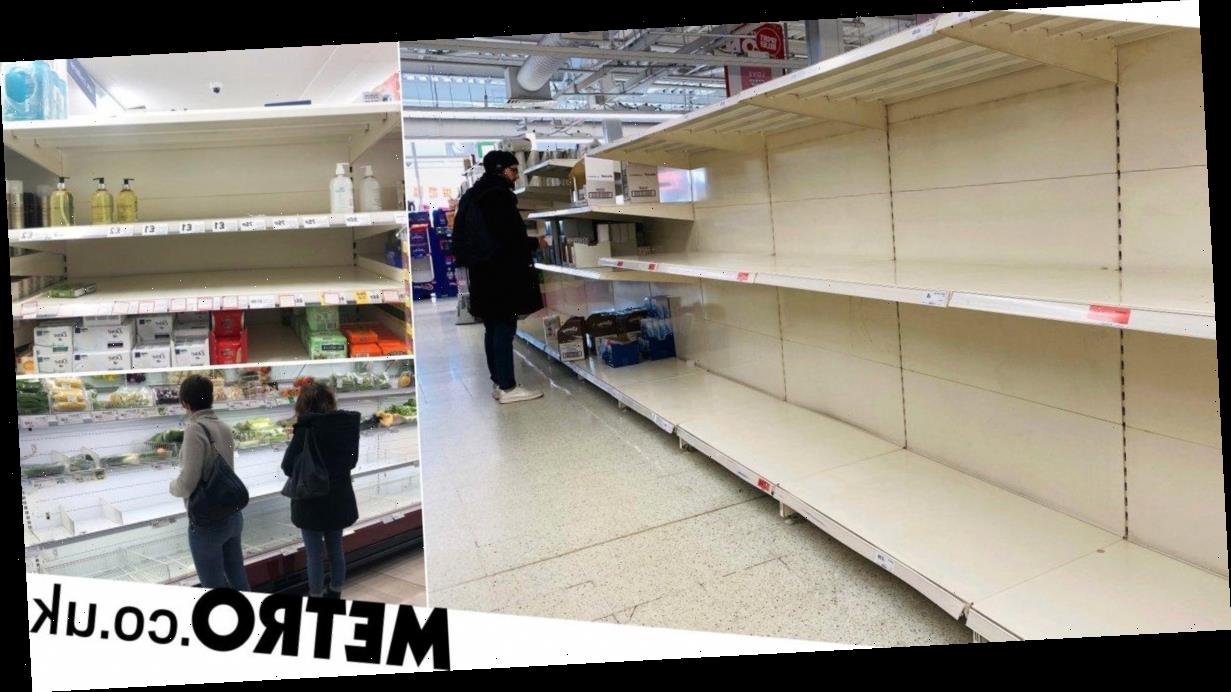 An infectious disease specialist has warned the public against stockpiling and mass panic as coronavirus continues to spread globally.

Doctor Abdu Sharkawy, of the University of Toronto, said he was more scared about the ‘loss of reason’ and the ‘wave of fear’ sweeping across the world, than the number of deaths that could be claimed by the virus.

His comments come as stocks of hand sanitiser, face masks, over the counter cold remedies and toilet roll have reportedly been running low, as people attempt to protect themselves against Covid-19 and prepare for a potential quarantine period. UK officials and experts have told the public that stockpiling is not necessary, and there is no need to panic buy, but social media has been filled with images of empty shelves across the country.

Doctor Sharkawy, who works in the university’s Division of Infectious Disease, wrote on Facebook: ‘What I am scared about is the loss of reason and wave of fear that has induced the masses of society into a spellbinding spiral of panic, stockpiling obscene quantities of anything that could fill a bomb shelter adequately in a post-apocalyptic world.

‘I am scared of the N95 masks that are stolen from hospitals and urgent care clinics where they are actually needed for front line healthcare providers and instead are being donned in airports, malls, and coffee lounges, perpetuating even more fear and suspicion of others.

‘I am scared that our hospitals will be overwhelmed with anyone who thinks they “probably don’t have it but may as well get checked out no matter what because you just never know…” and those with heart failure, emphysema, pneumonia and strokes will pay the price for overfilled ER waiting rooms with only so many doctors and nurses to assess.’

Videos have recently emerged of customers violently fighting over toilet roll in Australian supermarkets. Police were called to a Woolworths store in Sydney after a knife was pulled out amid the row.

Meanwhile, at another supermarket in the city, three women were captured screeching, pushing and pulling each other’s hair. A woman can be heard shouting to another with a trolley stacked high with toilet paper: ‘I just want one packet.’

Others have been capitalising on the panic by selling hand sanitisers at extortionate prices, with one sold at £360 on Amazon, while two Britons were reportedly arrested for attempting to smuggle face masks worth millions back to the UK. Spanish officials are also probing the theft of masks in several hospitals.

The doctor warned people to expect the virus to continue to spread, but that it would ‘not likely do much harm’ and advised against panic.

Travel restrictions could even see weddings and sporting events cancelled, graduations missed and family reunions not happening, he said. He also questioned whether the 2020 Olympic Games would go ahead, however, the International Olympic Committee said the Tokyo Games will go on as planned.

‘Let’s meet this challenge together in the best spirit of compassion for others, patience, and above all, an unfailing effort to seek truth, facts and knowledge as opposed to conjecture, speculation and catastrophising,’ Dr Sharkawy said.

The number of confirmed cases of coronavirus worldwide passes the 100,000 mark with more than 3,300 fatalities.

The Department of Health revealed the new figures on Saturday, saying 21,460 people had been tested across Britain so far. On Friday, the UK saw 49 new cases, meaning there has been a slight decrease in the number of new cases per day.

Sir Patrick Vallance, the government’s chief scientific adviser, advised people to remain calm and said: ‘I think the advice is that there is absolutely no reason to be doing any panic buying of any sort or going out and keeping large supplies of things.’