Syria: Shamima Begum does not pose a danger to the British public and should be allowed to return, according to a retired US ambassador who helped free a Canadian woman from the same Syrian detention camp where the former schoolgirl from east London is held.

“I’ve talked to Shamima. She is part of the group of women who have absolutely rejected the Islamic State. I know enough about her to feel quite confident that she’s not a dangerous person,” Peter Galbraith said on Tuesday, following reports that he had secured the release of a Canadian mother. 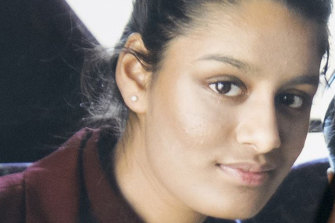 Shamima Begum, one of three east London schoolgirls who traveled to Syria in 2015 to join the Islamic State terrorist group.Credit:PA

The woman was freed from Roj camp in north-east Syria over the weekend and crossed into the Kurdistan region of Iraq, where she was able to request consular assistance, according to Canada’s Global News website.

Galbraith said he was instrumental in obtaining the woman’s freedom after helping repatriate her four-year-old daughter to Canada earlier this year.

Her release was exceptional, he said, and did not represent a change in policy by Syrian Kurdish authorities, who maintain that foreign governments must request their citizens before they will release them.

“This was a special case,” he said. “I don’t think there’s a change there.” 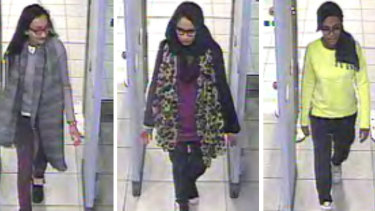 CCTV showed Shamima Begum, centre, and two friends, Kadiza Sultana, left, and Amira Abase, going through security at Gatwick airport, before they caught their flight to Turkey in 2015.Credit:MET/AP

The Canadian woman had faced threats by Islamic State supporters in the camp after rejecting the group, Galbraith said. She had also co-operated with US law enforcement and provided information leading to the rescue of a child born to a Yazidi woman who had been enslaved by the terrorist group, he added.

“There are other women who have rejected the Islamic State. I don’t know if there are many who have been so helpful to law enforcement and, in her case, the identification of people, including Americans, who have committed major crimes,” he said.

Syrian Kurdish authorities conducted their own investigation into the woman before releasing her and concluded that she had not committed any crimes, according to Galbraith. He previously helped repatriate a German woman, three German children and an American orphan who were also held in Roj camp, using contacts with foreign ministries and Kurdish officials he had from his time as a diplomat in the 1980s.

The camp holds more than 700 foreign families who lived under Islamic State and is guarded by the Syrian Democratic Forces (SDF), the Western-backed militia that captured the last of the terrorist group’s territory in early 2019.

About 15 to 20 British women and their children are believed to be living in the camp, alongside citizens of some 50 other countries, including about 30 Canadian citizens, mostly children.

Canada’s foreign ministry said it was aware that one of its citizens had crossed from Syria into Iraq.

“The government of Canada was not involved in securing the individual’s exit from north-eastern Syria,” a spokesman said, citing privacy laws as a reason for not divulging further information.

Begum, who was 15 when she travelled with two friends to Syria to live under Islamic State, was also worthy of repatriation, Galbraith said. “The basic position of the British government is that Shamima is somehow dangerous, and I just don’t think that’s true,” he said.

Begum is currently challenging the removal of her citizenship by the government, which argues that she poses a security risk.