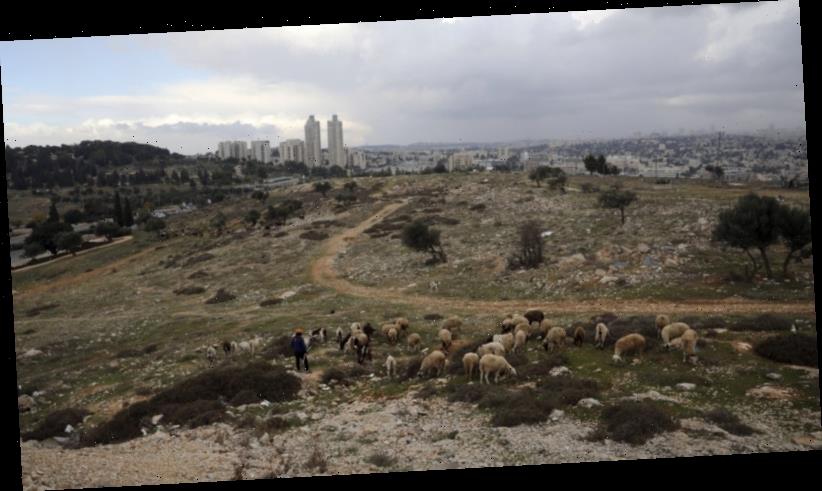 Tel Aviv: Israel is pushing forward with controversial plans to develop a Jewish enclave in a strategic area of East Jerusalem, in the waning days of a Trump administration sympathetic to Israeli settlement activity.

On Sunday, the Israel Land Authority solicited bids to build 1257 apartments in the Givat Hamatos area, a project that was originally approved in 2014 but was delayed over international opposition. The new construction would drive a wedge between the West Bank and East Jerusalem, further cutting off Palestinians' access to the city and dimming their hopes to establish a state capital in its eastern sector. 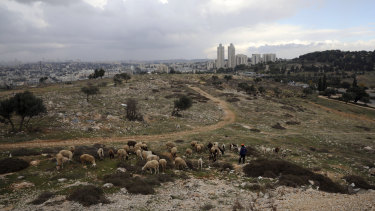 A Palestinian shepherd herds his flock at Givat Hamatos settlement in east Jerusalem.Credit:AP

"It's been a longstanding red line," said Amy Cohen, a spokeswoman for the Jerusalem-based non-profit group Ir Amim, which seeks a negotiated resolution of the city's status. "We see this very much in correlation to the imminent change in the US administration."

The project could create strains with the incoming administration of President-elect Joe Biden, who has gone head-to-head with Israel in the past over building in East Jerusalem, seized from Jordan along with the West Bank during the 1967 Middle East war.

Under President Donald Trump, the US has pursued policies uniquely favourable to Israel, including moving its embassy to Jerusalem and deeming Jewish settlements not illegal under international law. This week, Secretary of State Michael Pompeo is expected to visit a West Bank settlement during a visit to the region, something predecessors didn't do to avoid the perception of legitimising Israeli construction on captured land. 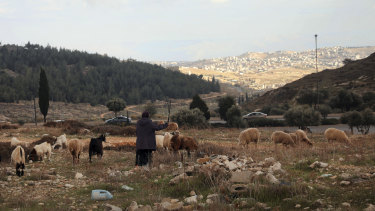 A Palestinian shepherd herds her flock at Givat Hamatos settlement in east Jerusalem.Credit:AP

Israeli Prime Minister Benjamin Netanyahu's office had no immediate comment on the project. It could take years to build, and because it's in a preliminary phase can still be stopped.

A Netanyahu ally, lawmaker Miki Zohar, said the move had been planned for months and a window of opportunity currently exists to take hold of land for Israel. "I am sure that our friend President Trump and Prime Minister Netanyahu will successfully take advantage of it," he wrote on Twitter.

The Israeli leader says Israel has a right to build anywhere in the city. Its annexation of East Jerusalem after the 1967 war isn't internationally recognised.