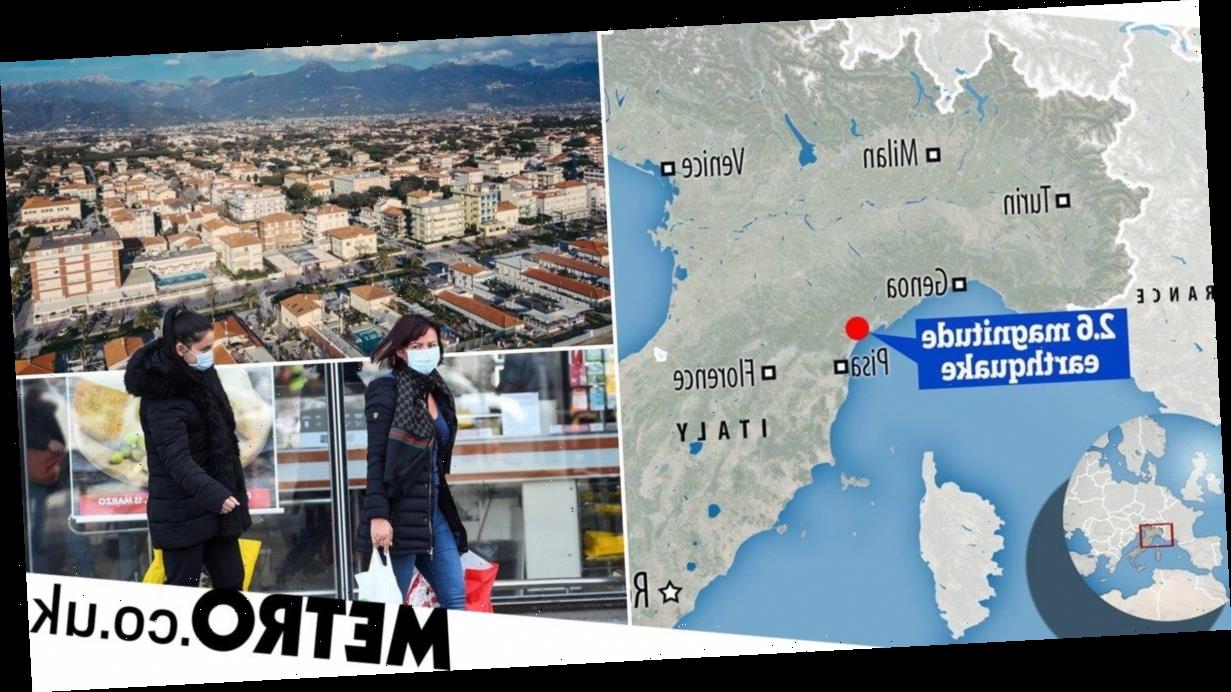 Italy felt the tremors of a 2.6 magnitude earthquake today as residents came to terms with their first full day under quarantine.

The entire country has been put on lockdown in a bid to stop the spread of coronavirus, extending previous travel restrictions, with soldiers and police enforcing bans.

In the province of Lucca, in Tuscany, people reported feeling the ground shaking beneath them and a roar from the subsoil.

Numerous phone calls were made to the emergency services when the earthquake hit at just after 2.17pm, ANSA Chronicle reported.

The Italian Institute of Geophysics and Volcanology measured it a 2.6 magnitude earthquake at a depth of around five miles. There have been no initial reports of any damage as a result of the tremor.

Some 9,172 people have been infected with Covid-19 in Italy, with 463 deaths, and there is a growing sense that the numbers will only worsen.

In Milan, people at the city’s main railway station were required to sign forms certifying the necessity of their travel and both British Airways and Ryanair have said they are cancelling all flights in and out of the country.

The Italian government has assured its citizens that supermarkets will remain open and stocked after panic buying erupted when the anti-virus measures were announced, sparking overnight runs on 24-hour markets.

Prime Minister Giuseppe Conte’s office issued a clarifying statement after he signed the new decree late on Monday, stressing that movement outside homes for ‘normal necessities’ such as grocery shopping will be allowed, as well as for work or health reasons.

The statement said runs on supermarkets were contrary to the intent of the new decree which aims to prevent Italians from congregating.

For most people, coronavirus causes only mild or moderate symptoms, such as fever and cough, but for some, especially older adults and people with existing health problems, it can cause more severe illness, including pneumonia.

The World Health Organisation says people with mild illness recover in about two weeks, while severe cases may last three to six weeks.

In mainland China, where the outbreak emerged in December, almost three-quarters of its more than 80,000 patients have recovered.

Nevertheless, the virus has shaken global markets, with stocks taking their worst one-day beating on Wall Street since 2008 and oil prices suffering their most brutal losses since the start of the 1991 Gulf War.

Worldwide, more than 114,000 cases of the virus have been reported in about 100 countries. WHO director-general Tedros Adhanom Ghebreyesus said on Monday that ‘the threat of a pandemic has become very real’.

In the UK, a sixth person has died from the infection, a man in his early 80s. As of 9am this morning, another 54 people have tested positive for coronavirus, bringing the total number of UK cases to 373.

Britons with ‘minor’ cold, flu or fever symptoms could soon to be asked to stay at home in self-isolation. England’s chief medical officer Professor Chris Whitty has suggested tighter measures to protect the public, particularly the vulnerable and elderly, could be implemented in the next 10 to 14 days.