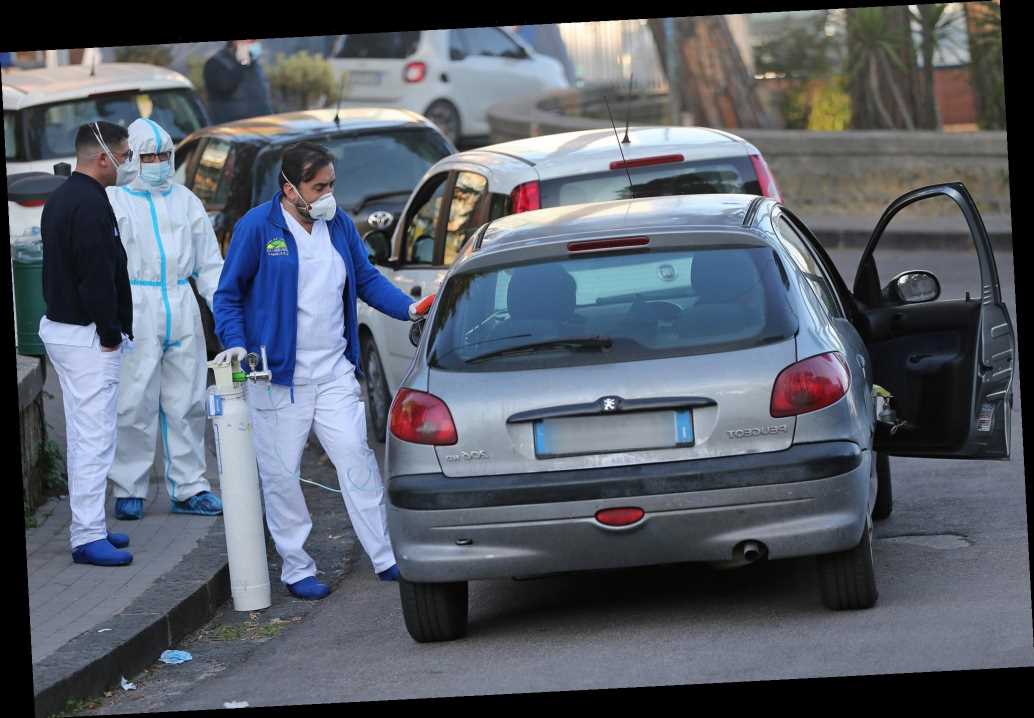 An Italian hospital overwhelmed by a surge in COVID-19 cases has resorted to having people line up in their cars to receive medical attention and supplemental oxygen.

The line of vehicles formed Tuesday outside Cotugno Hospital in Naples, where they’re grappling with a rise in infections, Sky News reported.

Health care workers attended to the patients suspected of having the virus as they sat in their cars, and provided oxygen tanks to those with breathing problems, the outlet reported.

Campania, the region around Naples, has the third-highest number of cases in the nation, prompting officials to order a 10 p.m. curfew to get the outbreak under control, the outlet reported.

Meanwhile, there has been a surge in cases throughout the country with 32,961 new infections recorded over the past 24 hours.

Dr. Filippo Anelli, head of the national doctors’ association in Italy, said there are currently 2,849 intensive care unit beds filled out of the 11,000 available in the nation, the outlet reported.

He warned that with the current rate, there soon may not be enough doctors to treat the rising number of patients.

“Either we stop the virus or it will stop us because the signs are such that the system will not hold up,” Anelli said, the Guardian reported.

'Big Sky': John Carroll Lynch Reveals His Character Is 'Capable of Anything'

'Big Sky': John Carroll Lynch Reveals His Character Is 'Capable of Anything'

Tess Daly’s fury over Vernon Kay’s behaviour in front of Tony Blair: ‘I didn’t even look!’