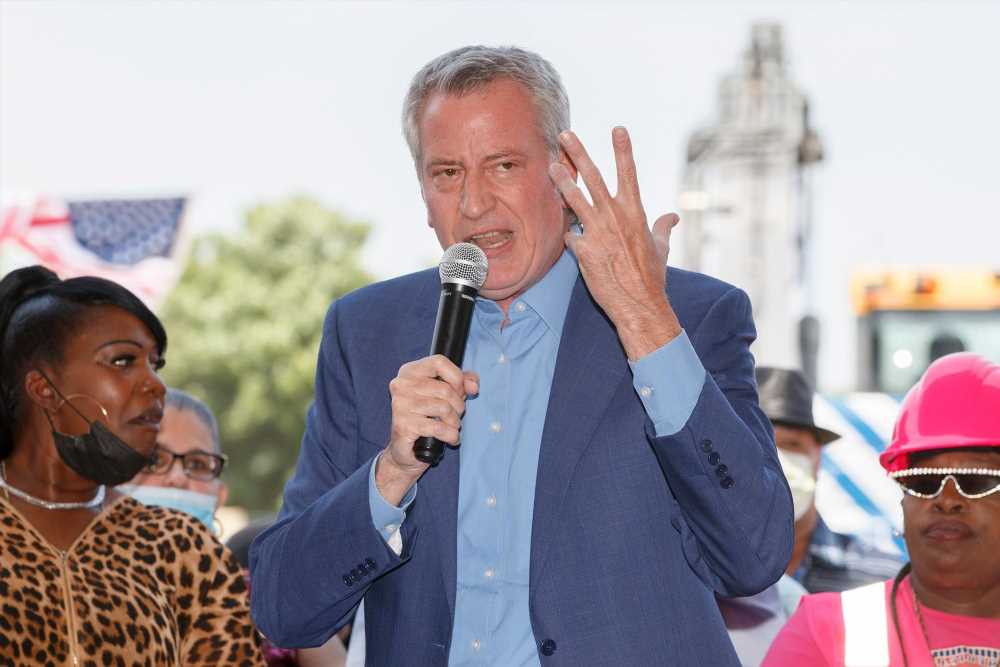 A battle over the future of truth in news: Goodwin

Inside the Dems’ betrayal of Israel: Goodwin

With apologies to Mark Twain, there is reason to hope the reports of New York City’s death are premature.

The hope comes from a poll showing a near-majority of likely voters in the Democrats’ primary say crushing crime is Job No. 1 for the next mayor. Granted, that shouldn’t be a surprise in light of the gruesome tally of murder and mayhem.

But the results are uplifting because too many people in Gotham, especially Democrats, have been slow to understand how pervasive the crime and disorder are and how they are jeopardizing the city’s recovery from the pandemic. Many with bleeding hearts have convinced themselves the gunslingers and gangbangers are guilty only of making misguided cries for help.

Against that tide of delusion, it counts as very good news that 46 percent of respondents tell NY1/Ipsos pollsters that stopping the violence must be the next mayor’s top priority.

Welcome to the real world.

The next step in the sensible voters’ approach logically follows — Eric Adams tops the candidate field in the poll because he is promising to be forceful in combatting crime. A retired cop himself, Adams is seen as having the credibility to keep the promise.

He gets just 22 percent, but that is good enough to put him in front by six points over Andrew Yang and seven over Kathryn Garcia. Interestingly, NY1 goes the extra step of simulating results based on what respondents say about their additional picks in the ranked-choice system, and concludes Adams would ultimately prevail.

It is possible that some of Adams’ support might come from the fact that he also has been a fierce critic of the NYPD. As Heather Mac Donald points out in the City Journal, that background means he is not universally popular within the NYPD.

One reason stems from his disputed testimony in the 2013 federal trial on stop-and-frisk, where Adams claimed to have heard then-top cop Ray Kelly say twice that “We stop African American and Hispanic youths because we want to instill the fear in them that every time they leave their home, they can be stopped and searched by the police.”

It would be completely out of character for Kelly to say such a thing, not to mention stupid, and he vehemently denies the claim, as do others who attended the meetings where Adams says he heard the statement. Yet the federal judge cited the testimony in her decision against the city, Mac Donald writes.

Still, Adams’ emergence as the front-runner has to be seen in the context of the last two years. New Yorkers have suffered under the worst mayor in modern times, perhaps the worst mayor ever. And despite the city’s reputation for being populated by 8 million aggressive know-it-alls, there was no revolution, only grumbling and a race for the exits.

Bill de Blasio took office in 2014, when New York was the safest big city in America. That distinction was achieved at great sacrifice by the men and women in NYPD blue and the politicians who had the courage to deliver safe streets.

The easy part came when de Blasio foolishly surrendered to the forces of darkness. He didn’t do it all at once, and actually held the line for the first few years of his mayoralty.

But gradually, he bent with the far-left political wind and began to handcuff the cops. A year ago, as the protests over the George Floyd murder turned to riots and looting, de Blasio gave up the ghost. The bloody results ever since speak for themselves.

Through May, murder is up by 48 percent over 2019 and shooting victims have increased by 107 percent in two years.

Any decent mayor, any decent person, facing this breakdown of safety would have sounded a certain trumpet for the police to ride to the rescue. That’s not the mayor New York has.

Even Monday, after the weekend murder in Queens of a 10-year-old child, Justin Wallace, de Blasio heartlessly waved the white flag.

Those are the words of a man with ice water in his veins. When the innocent are slaughtered and childhood snuffed out, telling people there’s not much more the city can do is heartless and a lie.

There’s a lot more the city can do, starting simply with letting cops do their jobs. De Blasio’s attempt to blame Washington and Albany is pathetic, but his indifference to murder is shameful.

While de Blasio’s inaction makes him an easy act to follow for Adams or anyone else with a plan and purpose, another competitive candidate is bidding to outdo de Blasio in a contest of hypocrisy. Just as the mayor is protected by armed security while most New Yorkers live in fear, Maya Wiley wants to defund the NYPD even as she lives in a Brooklyn neighborhood that hires a private guard for protection.

To people like Wiley and de Blasio, the obvious contradiction isn’t a contradiction at all. In their world, having guards for me but not for thee is the whole point of power.

Have New Yorkers finally had enough? Are they ready to vote for the idea that public safety is a civil right?

Not so long ago, The Associated Press was painfully boring but a trustworthy source of straight news. It’s still boring but not always trustworthy.

An AP item from Monday illustrates the change. The wire service writes that “heavy handed police actions” by Israel in Jerusalem “fueled weeks of unrest that helped spark an 11-day war between Israel and Hamas militants.”

So Israel provoked the barrage of 4,000 missiles aimed at its civilians? Apparently, Hamas’ charter calling for the elimination of the Jewish state had nothing to do with why the terrorists started the war. Nor did Palestinian infighting over power have anything to do with it.

Then again, expecting balanced reporting from the AP may be expecting too much. This is the same outlet that rented space in a Gaza building where Hamas had operations, yet the AP claimed not to know about the terrorists in their midsts.

Reader Peter Murphy adds another missing link to the New York Times’ distorted view of American history. He writes: “What also gets overlooked by the race baiters and 1619ers is that hundreds of thousands of white union soldiers died in a war that freed blacks from slavery.

“Yet nearly 160 years later, and 55 years after the Civil Rights and Voting Rights acts (and 44 years of Joe Biden in public office), they tell us America remains a nation with systemic racism. This claim is preposterous, divisive and insulting.”