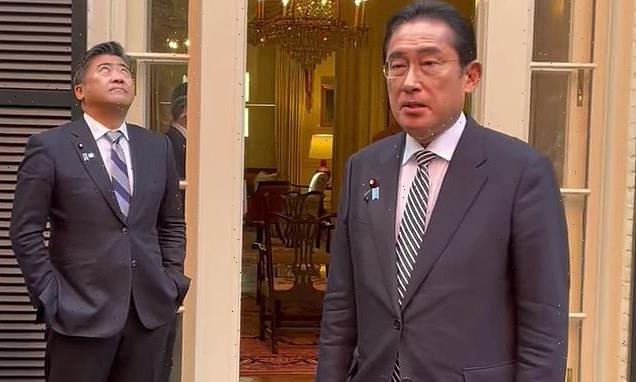 It should have been one of the proudest moments of his political career.

But one Japanese aide will remember his visit to the US President for the wrong reasons – after he got a dressing down from his mum for putting his hands in his pockets.

Seiji Kihara said his ‘ashamed’ mother told him off after he was filmed standing casually during an official visit to Washington, DC. The 52-year-old was spotted in the background as Japanese prime minister Fumio Kishida answered questions from reporters, before moving his hands when he realised he was on camera. 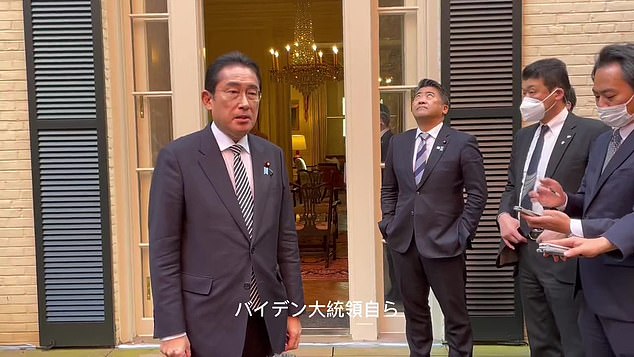 Dressing down: Seiji Kihara, right, with Japan’s PM on the Washington, DC visit

But he still received an angry phone call from his mother who told him he should ‘sew up his pockets’. Mr Kihara said he had been focusing on the PM’s comments and liked to ‘put his hands in his pockets’.

A clip of the Press conference was circulated on social media, drawing a sharp response from critics.

One accused Mr Kihara of bad manners and another claimed he had ‘more attitude than the prime minister’.

Mr Kihara initially claimed he was the ‘sorto of person who puts his hands in his pockets while walking’. He added he had been focussing on Mr Kishida’s comments to the Press.

He said: ‘I was thinking of how best to convey the amicable Japan-US relations on display at the summit.’

Mr Kihara is not the first politician to attract criticism for his casual demeanour, which is considered rude in Japan in certain social and professional situations.

Boris Johnson was criticised for putting his hands in his suit jacket and trouser pockets at a Nato summit in Brussels in 2022 as other leaders chatted.