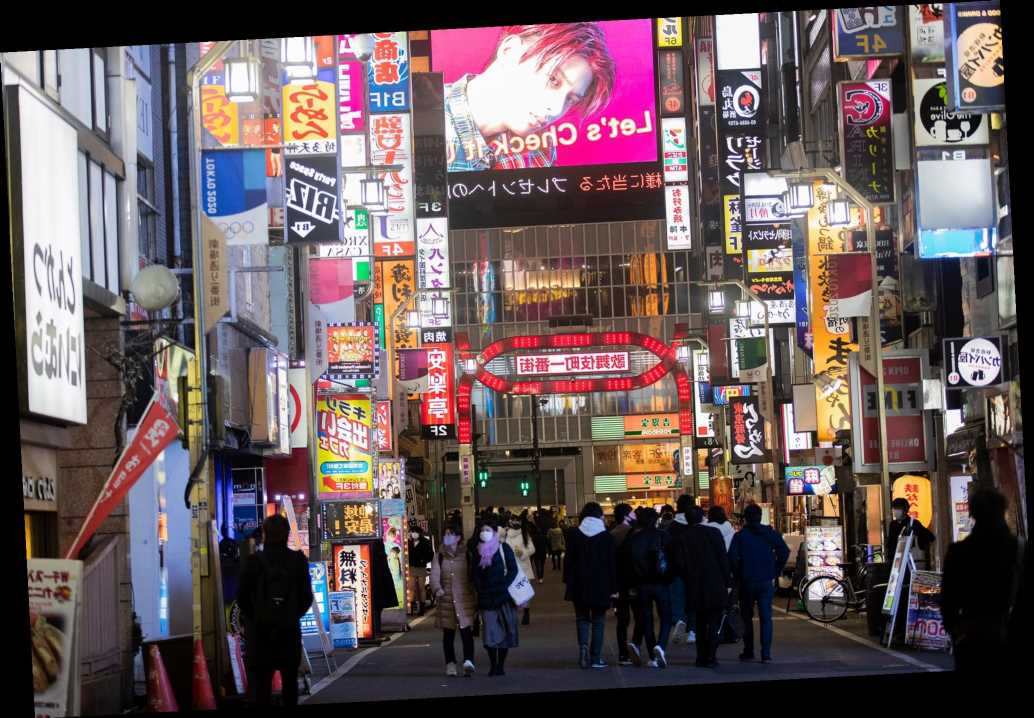 Here’s how countries around the world are ringing in 2021

TOKYO — Japan declared a state of emergency in Tokyo and three nearby areas on Thursday as coronavirus cases continue to surge, hitting a daily record of 2,447 in the capital.

Prime Minister Yoshihide Suga issued the declaration at the government task force for the coronavirus. It lasts from Friday until Feb. 7 and centers around asking restaurants and bars to close at 8 pm and people to stay home and not mingle in crowds.

The declaration carries no penalties. But it works as a strong request while Japan juggles to keep its economy going.

Shopping malls and schools will remain open. Movie theaters, museums and other events will be asked to reduce attendance. Places that defy the request will be publicized on a list, while those that comply will be eligible for aid, according to officials.

“I am confident we can overcome this, but I must ask all of you endure a restricted life for a while longer,” Suga told reporters after the declaration.

He promised more aid for hospitals treating COVID-19 patients. The Japanese military is ready to help and efforts are underway to get a vaccine approved and delivered, he added.

“Please take this matter seriously as your own, to protect all precious life, your parents, your grandparents, family and friends, over generations,” Suga said.

Coronavirus cases have been surging in Japan following year-end and New Year’s holidays.

Shigeru Omi, a doctor who heads the government panel on coronavirus measures, described the latest wave as “explosive,” requiring the emergency declaration.

Tokyo has logged record numbers of daily cases for two straight days, after 1,591 on Wednesday. Nationwide, cases have been growing steadily by more than 5,000 a day.

Some experts say Japan should have acted sooner and a government campaign to promote domestic travel through discounts was a mistake.

Opinion on having eateries close early is mixed, since places could simply get more crowded in earlier hours.

Dr. Hiroshi Nishiura, an expert on infectious diseases, said the rate of increase in number of cases will decline but infections will continue to rise. He believes more drastic action is needed.

Vaccinations are expected to start next month in Japan, with health and essential workers first. The rollout is likely to take months.

“When people go out to eat at night, they tend to get drunk, talk in loud voices and sing so airborne infections spread more quickly,” he said in a recent telephone interview.

Keeping COVID-19 infections under control is imperative for Japan with the Tokyo Olympics set for July. Politicians have repeatedly stressed it must go on despite an increasingly doubtful public.

A similar state of emergency was issued last April through late May and was eventually widened to apply nationwide.

The effort was largely effective. Japanese tend to follow orders from authorities, even without the threat of penalties. Almost everyone has been wearing masks.

A legal change is needed to allow for penalties in emergency declarations and such a move is set to be considered in parliament. A strict lockdown, like ones in Europe, is not being considered.

Yoshimasa Maruyama, chief economist at SMBC Nikko Securities, said the economic damage from the declaration will be limited, with real gross domestic product growth likely to be pushed down by 0.2 percentage points in the first quarter of 2021.

“The emergency last year affected a wider part of the economy and it coincided with the time when the economy was already struggling amid plunging global trade,” he said.

Other economists are projecting a slightly greater negative impact on GDP.

Trade has stagnated, although hopes are high for a gradual recovery. Some parts of Asia have not been as affected by the coronavirus as the US and Europe.

Still, the restaurant and hotel sectors will be slammed and government assistance is needed, Maruyama said.

Shingo Sakai, who runs La Rochelle French cuisine restaurants in Tokyo, said fine dining takes more than two hours and his customers usually don’t get out of the office until after 6 pm.

“We have to keep our dining quality and at the same time we need to keep our reputation by following the government order,” he said.

“I have to think about cutting costs to keep the company alive. There’s no place to cut costs because I did that for the last six months. There’s no room for that.”

Japan’s unemployment rate has risen, but has not shot up, hovering at about 3 percent. Bankruptcies related to the coronavirus total about 800 so far, high for Japan, according to Tokyo Shoko Research.

But shopping districts have been packed, a situation that has contributed to the most recent virus wave.

Some 250,000 cases have been confirmed nationwide with more than 3,700 deaths, according to the Health Ministry. Hospitals are getting stretched thin.

Tokyo Gov. Yuriko Koike and the heads of neighboring Saitama, Chiba and Kanagawa prefectures asked the government for the emergency declaration over the weekend.

“We need to now recognize that virus infections have entered a totally new stage,” she said. “Tokyo is making the protection of human life a top priority.”