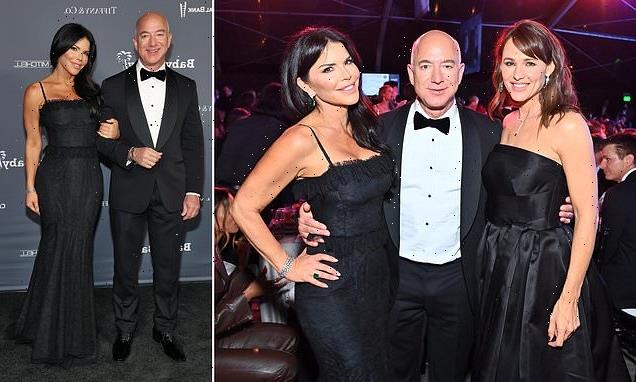 Jeff Bezos was subjected to groans at a charity gala for only donating $500,000 moments after another guest forked out $1 million.

The world’s second richest man, 57, and his girlfriend Lauren Sanchez, 51, were attending an A-lister studded fundraising dinner at the Pacific Design Center in Hollywood on Saturday night.

It was hosted by the Los Angeles-based Baby2Baby charity which provides diapers, clothing and basic necessities to children living in poverty.

The charity features a host of celebrity ambassadors, including Jennifer Garner, Gwyneth Paltrow, Amy Adams and Jessica Alba, among others.

‘Everyone was waiting for [Bezos] to donate something,’ an insider told Page Six, ‘but he didn’t. Then someone donated a million dollars. And then a little later, [Bezos] donated $500,000. There was an audible groan from the room.’

The Amazon owner rakes in more than $140,000 per minute and has previously faced criticism for lagging behind fellow billionaires, such as Bill and Melinda Gates, and former New York Mayor Michael Bloomberg, in his charitable donations. 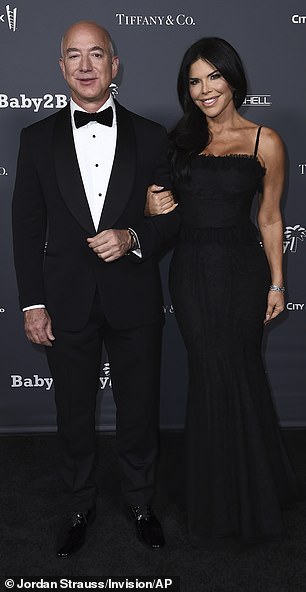 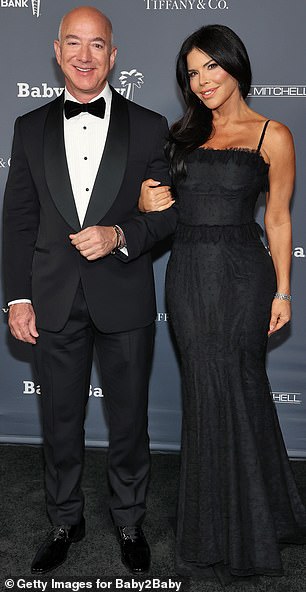 The world’s second richest man, 57, and his girlfriend Lauren Sanchez, 51, were attending an A-lister studded fundraising dinner in Hollywood on Saturday night 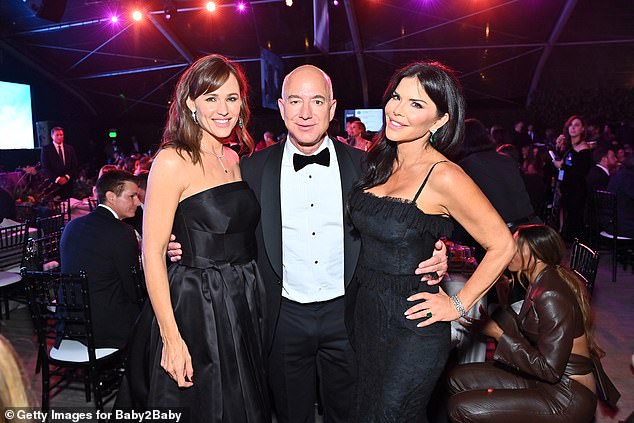 Despite the promise of massive donations, Bezos has given around $1.5 billion in actual funds, less than 1 percent of his $203.9 billion wealth.

In comparison, the Gates’ have donated more than a third of their wealth, while Bloomberg has shelled out more than 10 percent.

However, Bezos has asked the public how he should donate his money and said that he wants to be careful to make a donation where it can be ‘at the intersection of urgent need and lasting impact.’

In January, he topped the rankings made by the Chronicle of Philanthropy with a $10 billion pledge for the Bezos Earth Fund. This was a pledge and has not yet been delivered.

Bezos is the second richest man in the world after Tesla owner Elon Musk who recently knocked him off the top spot with a fortune of $276.2 billion compared to Bezos’s $203.9 billion, according to Forbes.

Also at the gala was Kobe Bryant’s widow Vanessa, who was honored with the Giving Tree Award for her longtime support of the charity.

She paid tribute to the late LA Laker’s player in her speech, who had also been a donor to Baby 2 Baby. 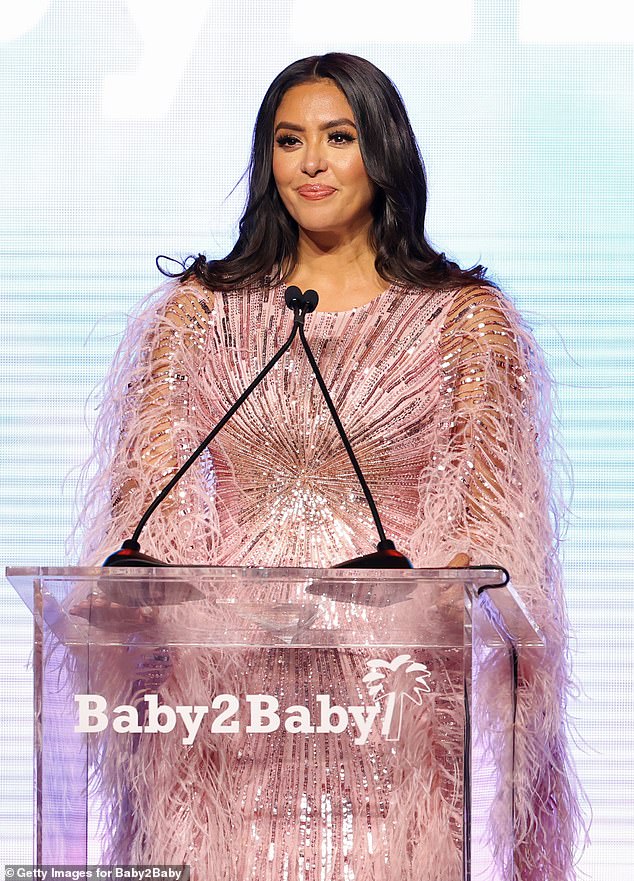 Also at the gala was Kobe Bryant’s widow Vanessa, who was honored with the Giving Tree Award for her longtime support of the charity

‘I want to thank my husband Kobe and my daughters Natalia, Gianna, Bianka and Capri,’ Bryant said. ‘Without your love and support, I wouldn’t have this strength to be here this evening. I love you.’

Gianna was killed alongside her father in a helicopter crash in Janurary 2020 that killed seven others.

Bezos and Sanchez were pictured hanging out with Garner at the glittering event.