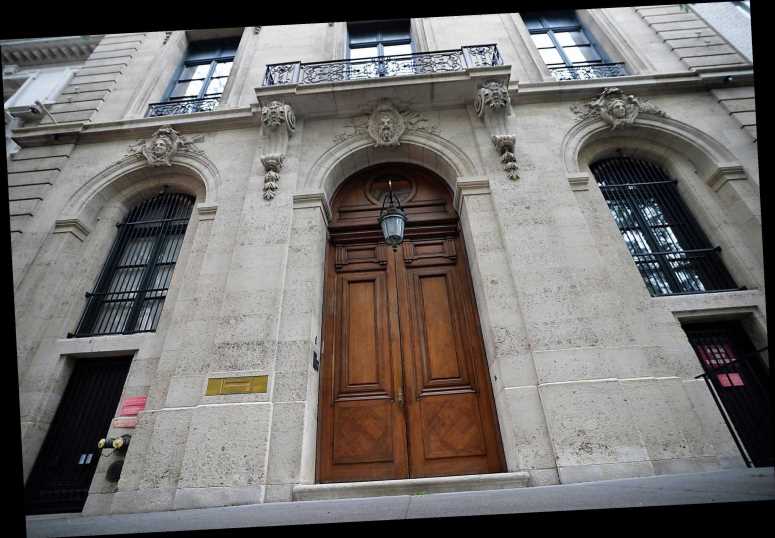 Jeffrey Epstein is the inspiration behind this new horror movie

Ghislaine Maxwell offers to give up UK, French citizenship to get out of jail

The Manhattan townhouse where Jeffrey Epstein is said to have sexually abused underage girls is set to sell for roughly $50 million, according to a report on Wednesday.

The Upper East Side mansion is currently under contract and would be among the most pricey homes to sell in New York over the past year if the deal closes, The Wall Street Journal reported.

The potential buyer’s identity wasn’t revealed in the report. A source familiar with the deal told The Post that the buyer works in finance and is not from the US.

The 28,000-square-foot neoclassical townhouse at 9 E. 71st St. went on the market along with Epstein’s Florida mansion in July.

It went on the market at $88 million. But the executors of the multimillionaire’s estate lowered the price to $65 million last month.

Some Big Apple brokers told The Post that their clients had been appalled at the thought of buying the Epstein house.

“I don’t know who would want it,” one broker said. “I had clients hang up on me, angry that I even suggested it.”

It was the most valuable property in Epstein’s real estate portfolio, which also included homes in New Mexico, Paris and a private island in the US Virgin Islands.

Real estate experts explained that the drop in price could have been due to the coronavirus pandemic, and not necessarily Epstein’s gross behavior.

“The deal is great for New York. It’s a low number but that could be because of COVID and not Epstein,” one broker familiar with the deal told The Post. “The buyer is a savvy person who got a good deal and will resell.”

Another broker said there are ways to deal with the moral taint.

“It’s an exceptional property,” the person said. “If someone gets a great deal, they could get it blessed by a rabbi and a priest.”

The broker added: “People have a way of dealing with things when they have a good buy… they will go for it, whatever it is, just knowing they can turn around and resell it for a bigger number.”

Epstein, who killed himself in August 2019 while in custody on federal sex trafficking charges, had long been accused of abusing young women and girls at all of his properties.

His Palm Beach mansion is in contract to sell to developer Todd Michael Glaser for an undisclosed amount, the Journal reported in November. The deal hasn’t closed yet but Glaser has said he plans to raze the property and replace it with a new home.

Epstein bought the property for $20 million in 1998, the Journal reported, citing a person familiar with the situation.

Federal agents and NYPD officers raided the townhouse shortly after Epstein’s July 2019 arrest, and said they found hundreds of images of nude underage girls stashed inside a safe.

The creepy lair also held a self-portrait of Epstein and a young girl and a pair of fake breasts the convicted sex offender played with in the bathtub, one of his accusers has alleged.

His home office there was decorated with a $5.9 million painting of a woman cupping her bare breast, along with a taxidermied tiger and poodle, according to photos obtained by The Post in 2019.

Proceeds from the sale of the mansion are expected to go to Epstein’s estate, which has created a compensation fund to settle claims from his alleged victims.

However, the attorney general of the US Virgin Islands last month asked a judge to freeze the estate’s assets, and the executors have claimed they won’t be able to pay out money to the perv’s victims if the assets are frozen.