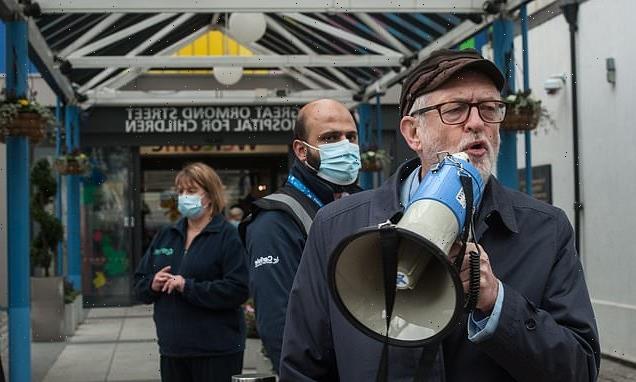 Jeremy Corbyn turned down invite to Charles’s ceremony of accession

Jeremy Corbyn was invited to attend the Accession Council for the King on Saturday morning – but did not turn up.

As a former party leader, and a serving member of the Privy Council, he would have had the automatic right to attend.

However, he was not present and did not respond to requests for comment last night. 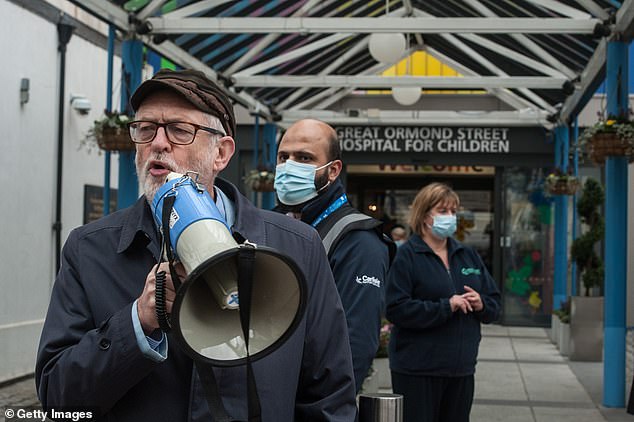 In 1991, he campaigned for a referendum on having the Queen replaced by an elected president.

When Tony Blair was in power, Mr Corbyn handed him a petition calling for the Royal Family to be evicted from Buckingham Palace and moved to more basic accommodation.

Asked in 2019 if ‘the Monarchy is fit for purpose’, he said it needed a ‘bit of improvement’.

However, following the Queen’s death, Mr Corbyn tweeted that ‘My thoughts are with the Queen’s family as they come to terms with their personal loss, as well as those here and around the world who will mourn her death.’

He added that he had ‘enjoyed discussing our families, gardens and jam-making with her. May she rest in peace.’

Despite his anti-monarchist views, Mr Corbyn took his place on the Privy Council in 2015.

He had to take a solemn oath to honour the Queen and not to reveal state secrets – but reportedly refused to kneel before her.

In 2017, his aides denied that he had failed to show respect to the Queen after he did not bow to her on her arrival for the State Opening of Parliament.

Mr Corbyn stood next to Theresa May as she bowed in respect but he remained upright.

His aides insisted the protocol was that the Speaker and officials bowed on behalf of MPs.

Mr Corbyn was previously accused of lacking patriotism for failing to sing the national anthem at a memorial event.

At the Battle of Britain service at St Paul’s Cathedral in 2015 he was pictured standing silently with his hands clasped and holding his order of service as others around him sang ‘God Save the Queen’.

Mr Corbyn later insisted he had not deliberately refused to sing the anthem but had been lost in reflection. 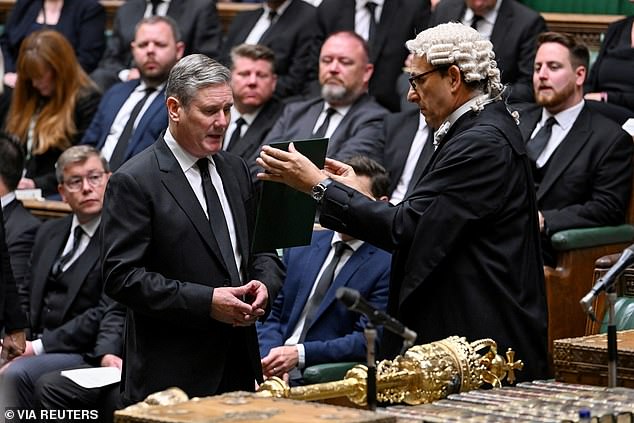 A Government source said all current and former leaders of both main parties who were serving privy counsellors would have been invited to the Accession Council. 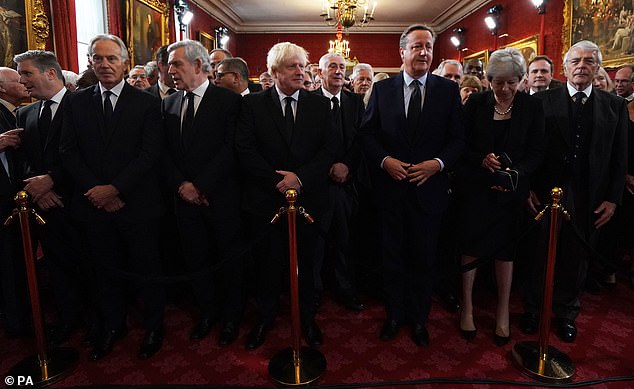 Those who were at the proclamation of the king included six former prime ministers – Boris Johnson, Theresa May, David Cameron, Gordon Brown, Sir Tony Blair and Sir John Major