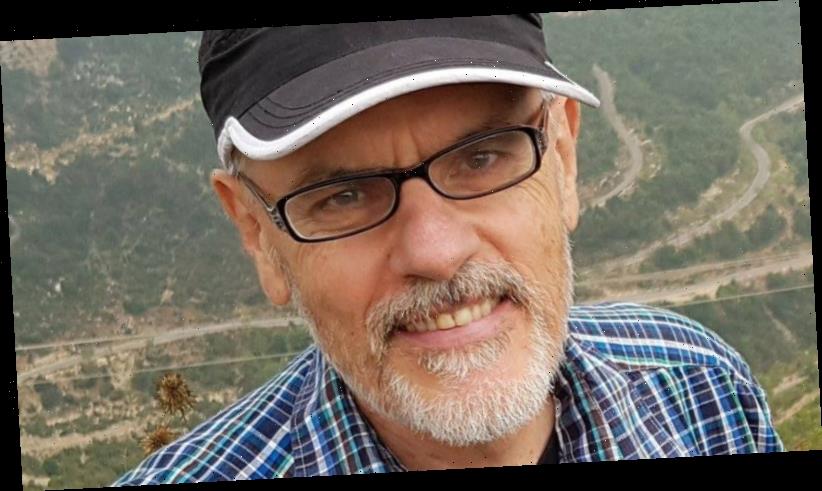 Jewish Labor MP Josh Burns has demanded the tertiary education union stop backing a left-wing academic who was sacked for superimposing a swastika onto the Israeli flag.

Dr Tim Anderson was dismissed by the University of Sydney in 2019 after misconduct findings by the university over his use of Nazi symbolism in lecture materials and social media to highlight what he believes to be Israel’s inhumane occupation of the West Bank. 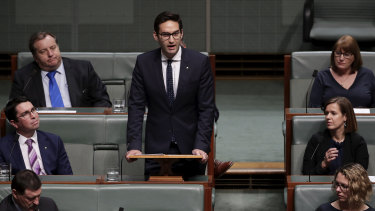 The lecture slide that is the subject of the controversy related to a 2014 war in which thousands of Palestinians were killed by Israeli forces.

The economics and politics author has appealed against the university’s decision and has been legally supported by the National Tertiary Education Union (NTEU). The union, which is facing criticism from politicians and a prominent Jewish association, insists it is backing Dr Anderson to uphold academic freedom but that does not mean it agrees with the veteran activist’s views.

“The swastika is used by people who intend to signify their support for the Nazi regime that murdered six million Jewish people – and who would have murdered my own grandmother, had she not been lucky enough to flee before they could,” Mr Burns wrote in a letter to the NTEU on Monday.

“The swastika is not a symbol of intellectual or academic freedom. It is a symbol of hate. 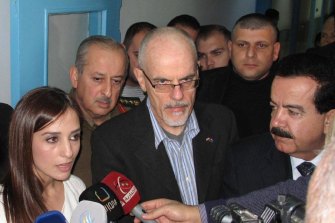 “Whether it is spray-painted by a neo-Nazi on a Jewish cemetery, worn proudly by a fascist thug marching on the Capitol in Washington DC, or superimposed by an academic onto an Israeli flag to make a political point – it is never OK.”

Dr Anderson fired back at Labor’s member for Macnamara, saying in a text message that “Josh Burns is saying this to defend the ethnic cleansing colony in Palestine, under the false pretext of defending Jewish people from racism”. Dr Anderson said he was not anti-Semitic but opposed the “apartheid Israeli colony”.

Dr Anderson has had a four-decade career campaigning for anti-imperialist causes and defending governments that are rivals to Western powers, particularly the US. He received an honour from the communist Cuban government for “unconditional support” to the country and pledged support to North Korean dictator Kim Jong-un during a 2017 visit to the hermit nation that attracted criticism from an Australian federal minister.

He supported a colleague who wore a badge displaying the words “death to Israel” in 2018 and travelled to Syria in 2013 in support of the Assad regime which used chemical weapons to kill Syrians.

In 1990 Dr Anderson was convicted over the 1978 Hilton hotel bombing in Sydney, but was acquitted the following year.

The NTEU’s NSW secretary, Michael Thomson, reiterated the organisation’s position that it defended academics from both sides of the political spectrum. The NTEU stood behind former James Cook University professor Peter Ridd, who was fired after he expressed sceptical views about the impact of climate change on the Great Barrier Reef.

The NTEU is lodging an appeal against a Federal Court decision that upheld the university’s sacking, and Mr Thomson said the union would not be backing down.

“Josh [Burns] misses the fact of this not being about defending [Dr Anderson]. It is about defending our enterprise agreement and clauses around intellectual freedom and the ability to explore ideas,” he said, adding he was “very comfortable” Dr Anderson’s actions fell within the bounds of reasonable academic inquiry.

Alex Ryvchin, co-chief executive of the Executive Council of Australian Jewry, said academic freedom was of critical importance but was “frequently distorted and used to shield behaviour which is utterly unacceptable”.

“Accusing the Jewish national home of being equivalent to the regime that attempted to exterminate the Jewish people is understood by all rational people as a form of anti-Semitism,” he said.

The International Holocaust Remembrance Alliance – which includes 34 member states including Australia – says “drawing comparisons of contemporary Israeli policy to that of the Nazis” falls within its working definition of anti-Semitism.

The Liberal Party has called for a total ban on public displays of the swastika, but Ms Patten said the proposal could be unworkable because some people collect military memorabilia without sinister intent. 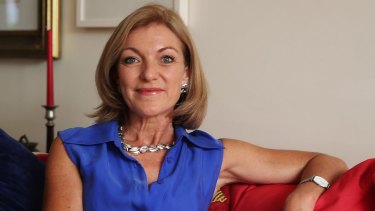 “It’s how you use it,” she said, arguing Dr Anderson’s use amounted to inciting violence against Jews.

“A general person in the street would get in lots of trouble if they posted such in image. His speech should not be freer than mine because he’s an academic.”

Then Victorian attorney-general Jill Hennessy last year indicated she may be open to restricting use of the swastika but freedom of speech needed to be balanced against tightening vilification laws.