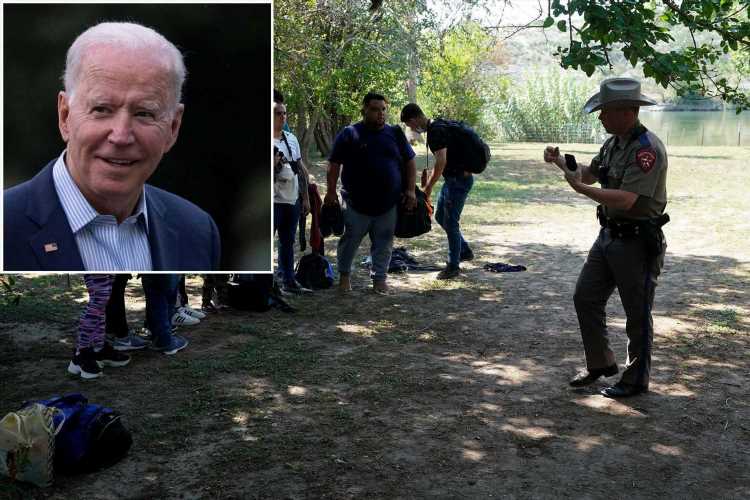 Having indulged an unhealthy interest in human migration for decades, I’ve been intrigued by how the number of illegal immigrants that journalists cite as living in the United States never changes.

For years on end, I’ve read that the population of America’s “undocumented” — a euphemism that seems to upbraid the receiving country’s bureaucrats for failing to issue its woefully overlooked residents the proper papers — is 11 million. With the artificial precision that often attends these unverifiable figures, which derive their authority from sheer repetition, some journalists will quote the number as 11.3 million.

Oh, there was a brief period about 15 years ago when that standard statistic rose to 13 million, but then it popped right back down to 11 again, without any headlines about a stampede of 2 million suddenly ploughing over the Mexican border in the southern direction.

But how do our well-informed correspondents know how many immigrants live illegally in the US? That 11.3 million figure originates from the Census Bureau’s annual American Community Survey.”

But these are the very residents notoriously averse to responding to census inquiries, regardless of assurances that being counted won’t lead to an unwelcome knock on the door from the cold-hearted immigration heavies at ICE. “Irregular” migrants have a vested interest in remaining invisible. Should you ask a crowd of such people, “Who’s not supposed to be here?” funnily enough nobody’s likely to raise a hand.

A TRIO of academics affiliated with MIT and Yale University set about trying to reproduce that oft-quoted statistic by other means. Their results were published in 2018. Employing a range of operational stats (such as deportations and visa overstays) and other demographic data (such as death rates and immigration rates) from 1990 to 2016, they first fed their computer model the most conservative assumptions possible.

As the study’s authors anticipated arriving at a number well below that eternally unchanging 11.3 million, confirmation bias alone would have helped produce a lowball estimate. Instead, even with all the inputs rigged at improbably low levels, the model still generated a population of illegal immigrants in the US of 16.7 million — 50 percent higher.

The modelers were astonished. As an on-again, off-again New Yorker, I’m not.

Yet the full range of their model’s outputs is more astonishing still. Accepting, unlike most journalists, that their data contained a large degree of uncertainty, the authors ran their model with a variety of credible inputs literally a million times. The results within a 95 percent probability lay between 16 million and 29 million, with 22.1 million as the mean — or twice as many illegal immigrants as the Census Bureau figures imply.

Mind, that Yale/MIT model produced half a million results in excess of 22.1 million, with a multitude spitting out estimates in the vicinity of 35 million or more. That would be more than 10 percent of the total American population, which experientially sounds about right.

While the study also verifies that these numbers have been relatively stable since 2008, under the Biden administration the total has begun to rise.

It matters how many illegal immigrants are truly living in the US, because President Biden has ambitions to offer them all a de facto amnesty and a path to citizenship. Should the president get his way and, say, 35 million people rather than the expected 11 million emerge from the shadows to apply for legal status, the political backlash could be considerable — including from legal immigrants and naturalized citizens, who went to a great deal of bother to follow the rules.

Unchecked immigration is already the Achilles heel of this presidency. With grand humanitarian fanfare, Biden has reversed virtually all of former President Trump’s more restrictive policies, effectively helicoptering “Welcome to the United States!” flyers all over Latin America.

In May alone, the border patrol “encountered” more than 180,000 migrants. This financial year, with four months to go, the force has detained nearly 1 million migrants, more than double the number of the previous full financial year under Trump. That’s only the people they catch.

So far, Biden’s answer to the crisis is to build more detention centers, which is like trying to solve the obesity epidemic by building more Burger Kings.

Awarded the brimming poisoned chalice of responsibility for the southern border, Vice President Kamala Harris has claimed repeatedly that the solution is to address migration’s “root causes.”

But were there a button to make the whole of Central America prosperous, law-abiding and justly governed, someone would have pressed it long ago.

When visiting the region last month, Harris’ stern injunction to this restive population — “Do not come!” — is apt to prove as fiendishly effective as Nancy Reagan’s “Just say no to drugs.”

I’m not persuaded that the Democratic Party is necessarily scheming to import future Democratic voters with porous borders. Rather, Biden desperately wants to court a reputation for being nice, in contrast to his meanie predecessor.

But an aspiration to kindliness is at diametric odds with enforcing immigration laws. Americans poll broadly as supportive only of controlled immigration, and this administration has no idea how to exert any control whatsoever while drowning in all that niceness.

To disguise the fact that immigration to the States is now a free-for-all, we’re sure to keep hearing about America’s imaginary “11 million undocumented immigrants,” despite copious evidence that this farcically tiny figure is a lie. Legitimizing two to three times that number, with thousands more arriving every day, would be a harder sell.

The economist Bryan Caplan maintains that the US should take in a billion immigrants this century — never mind its perilous national water shortage; this summer’s severe western drought demonstrates the difficulty of supporting America’s population as is. But then, it’s no accident that Caplan’s graphic nonfiction book, “Open Borders,” is a cartoon.