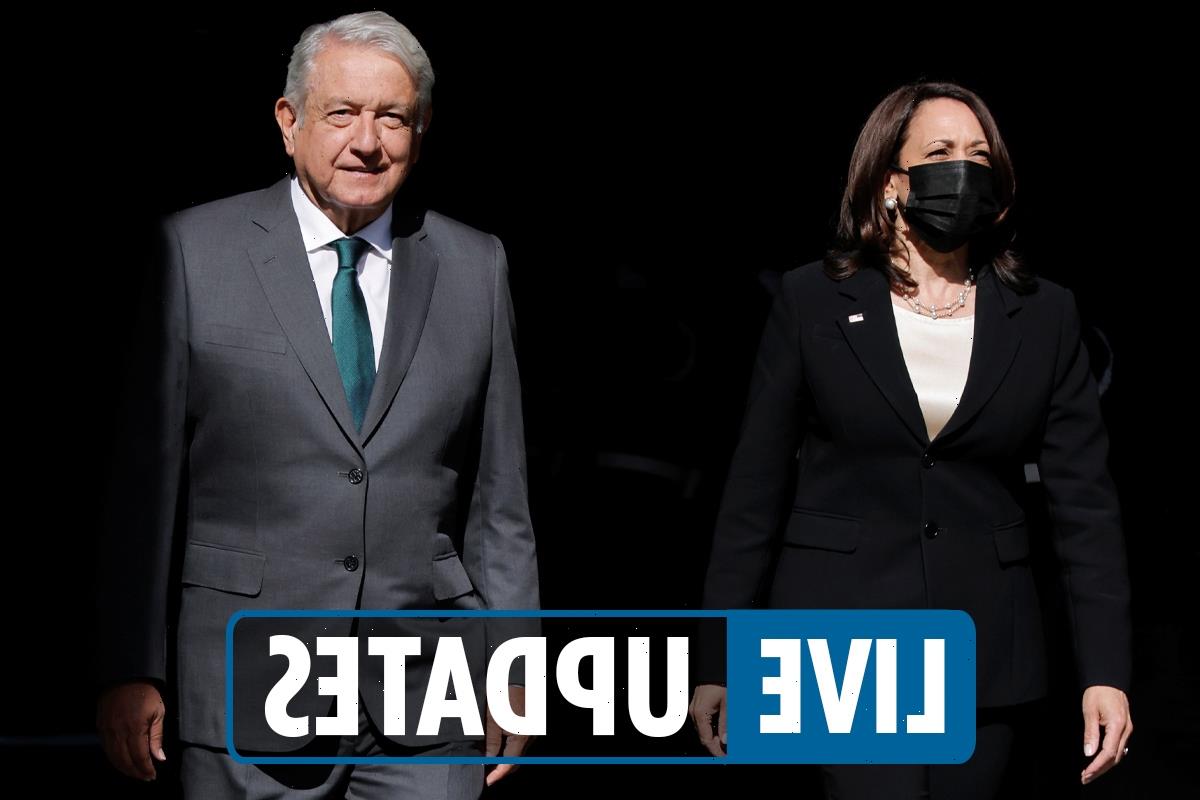 KAMALA Harris has finally met with Mexican President Andrés Manuel López Obrador today and later insisted that she would go to the border again – after insisting it was a pointless "grand gesture."

“Here’s the bottom line: we have and it is a legitimate correct conversation and concern [to address the border crisis," she said during a press briefing , at the Sofitel Mexico City Reforma in Mexico City.

Harris went to say the US must also give “equal weight” to the root and acute causes.

“If this were easy it would’ve been handled a long time ago,” she claimed. “I’ve been to the border. I will go again.”

Earlier, she met with Mexican President Andrés Manuel López Obrador to sign the Memorandum of Understanding followed by their bilateral meeting.

Standing in front of the Diego Rivera mural, López Obrador was asked about increasing border security spending to address the crisis.

“We will be speaking to the vice president and we are pleased to have her here,” he said, as Harris looked on. “And we will touch on that subject but always addressing the fundamental root causes.”

Their meeting comes after Harris pleaded with migrants not to enter the US illegally given the escalating crisis in border regions of the country.

"I want to be clear to folks in this region who are thinking about making that dangerous trek to the United States-Mexico border: Do not come. Do not come," Harris said yesterday.

Joe Biden's VP then confirmed that anyone who flouted these instructions and arrived illegally would be "turned back."

After the vice president told people in the region thinking of making the dangerous journey, "do not come [to the US]," Alexandria Ocasio-Cortez described the statement as "disappointing."

Read our Kamala Harris live blog below for the latest updates…