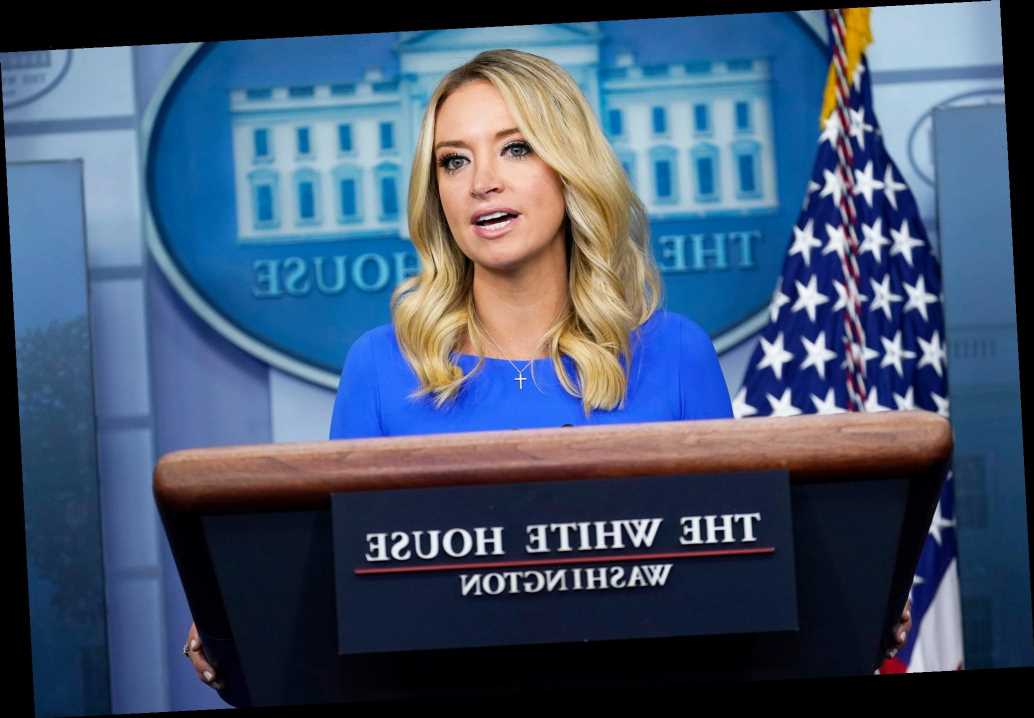 White House Press Secretary Kayleigh McEnany tore into Twitter for locking her account — saying the administrators “essentially have me at gunpoint” until she deletes the post she shared of the New York Post’s Hunter Biden story.

McEnany was among the Twitter users blocked from spreading The Post’s exclusive front-page story on Biden’s alleged hard drive — and an email linking Joe Biden to his son’s job at a Ukrainian energy company — with the social media site claiming “hacked materials” were used in the report.

“It’s not a temporary blockage,” McEnany told Fox News host Sean Hannity on Wednesday night. “When I log on to my Twitter account, it says I’m permanently banned. They essentially have me at gunpoint and said unless you delete a news story by the New York Post, I cannot regain access to my account.”

“This is censorship. This is not the American way,” she told Hannity. ” This is not how a freedom-loving democracy operates. We have to have to hold Twitter accountable, and Facebook too, who is banning the transmission of this story simply because ideologically it hurts the side of the aisle that Silicon Valley prefers. It’s sad, it’s censorship, [and] this is not America.”

She added, “Make no mistake, if they can ban the press secretary of the United States for President Trump, they can ban you, as a citizen, and that is pathetic.”

On Wednesday night, Twitter CEO Jack Dorsey admitted that “blocking URL sharing via tweet or DM with zero context as to why we’re blocking: unacceptable.”

Facebook also limited the spread of the story on its platform.