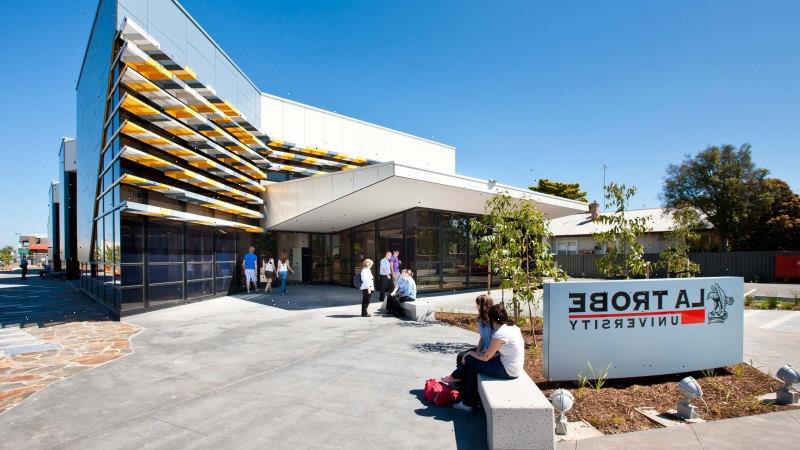 La Trobe University has told staff it wants to close its School of Molecular Sciences and merge the two colleges under which all of its teaching and research is done into one office, in a move it says would save almost $60 million but cost about 200 full-time jobs.

All staff were briefed on the proposal on Wednesday morning, a day after people whose positions have been targeted for redundancy were individually told their jobs will be cut in the proposed restructure. 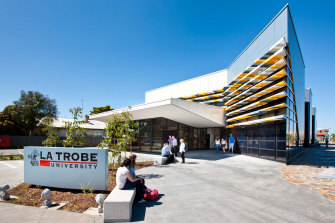 La Trobe University is making a fresh round of cuts.

Vice-Chancellor John Dewar and provost of the College of Science, Health and Engineering Robert Pike briefed staff on the proposal but took no questions.

The expected loss of 200 full-time-equivalent roles is a smaller cut than the university expected to make as recently as February, when Professor Dewar warned as many as 300 full-time jobs might have to go this year and lamented that the university sector had been let down by an unsympathetic federal government.

Senior executive staff have not been spared in the restructure. According to the proposal, they will take a 25 per cent pay cut on their pre-COVID salaries, along with a 21 per cent cut in their numbers.

Staff were told that more professional roles would be lost than academic positions.

“This reflects the focus we are placing on our core activity of teaching and research,” the university said in a statement. “It also reflects the consolidation and centralisation of professional functions to create less duplication and clearer roles and accountabilities, the consolidation of academic support roles under the proposed single provost model and around course rationalisation.”

That rationalisation includes a reduction in the number of schools at La Trobe from 11 to 10, with the School of Molecular Sciences to be scrapped and its disciplines distributed among three other schools.

Dr Suzane Vassallo, a senior lecturer in orthoptics, was among those given the grim news on Tuesday that her position would be abolished in the proposed restructure.

The process took a little over 10 minutes.

“They said that they wanted to treat staff with dignity. I didn’t feel that was the case with me and it certainly wasn’t respectful,” she said.

Dr Vassallo, who has taught at La Trobe for 17 years, said the university’s fine words about keeping quality teaching at the heart of its future endeavours felt hollow, given her experience.

“I am a teaching-focused academic and you have to apply to get those positions – they are apparently prestigious positions – so to be told that the future of the university moving forward very much values teaching and focuses on quality teaching, I just don’t see how I didn’t fit into that.”

Alysia Rex, a first-year co-ordinator who is president of the La Trobe branch of the National Tertiary Education Union, was also told her position would be made redundant.

“Today has been an extremely sad day for the university and there are a lot of very angry staff … who feel let down by university management and by the federal government, that we are being placed into this position,” she said.

“The reality is it will result in a whole heap of single mothers without jobs trying to look after their kids and all of those struggles that everyone else has, and it should have been avoidable.”

Susanne Newton, a member of the university’s professional staff and vice-president of the union’s La Trobe branch, said the university should have worked harder to avoid cutting so many workers.

“It feels like the university is being gutted; other options should have been exhausted before forced redundancies,” she said.

The university expects to suffer a revenue shortfall of $165 million this year. It said the decline in international students was most to blame for its financial problems.

Last year the number of international students enrolled there dropped by 17.15 per cent, from 7723 in 2019 to 6397. Its total revenue decreased by $81.2 million, or 9.3 per cent, primarily driven by travel restrictions that hit international onshore student revenue.