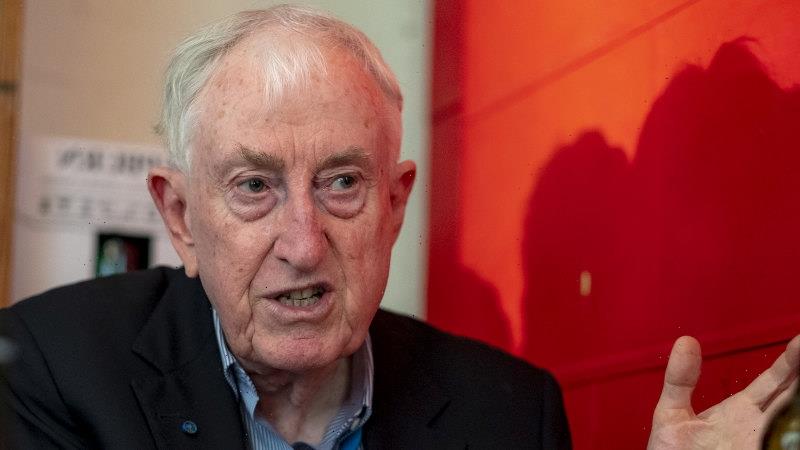 Leading virologists, including Australian Nobel laureate Professor Peter Doherty, have released a paper setting out their strongest case for COVID-19 emerging from an animal – and pushing back hard against the ‘lab leak’ theory.

While the exact animal that harboured COVID-19 has not yet been found, there is strong evidence for an animal origin, the authors argue.

“Although it is impossible to fully exclude a lab accident, there is no evidence at the moment that the virus escaped from the Wuhan Institute of Virology,” said lead author Professor Edward Holmes, a leading virologist at the University of Sydney. 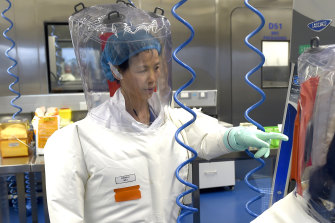 Researcher, Shi Zhengli works in a lab of the Wuhan Institute of Virology in Wuhan in central China’s Hubei province.Credit:AP

The paper, uploaded on Wednesday, is unlikely to settle a debate that has moved from conspiracy theory to discussion in the mainstream media in the past few months.

The World Health Organisation’s mission to Wuhan concluded a virus jumping from animal to human was the most likely cause of the pandemic, while a lab leak was “extremely unlikely”.

US President Joe Biden ordered an intelligence review of the origins of the virus in May, revealing that a minority group in America’s intelligence community believed a lab accident the most likely cause of the virus.

Comment has been sought from Professor Doherty, as well as proponents of the ‘lab leak’ hypothesis.

The case for a natural origin

COVID-19 is caused by the coronavirus SARS-CoV-2. It is the ninth coronavirus known to infect humans, which includes SARS, MERS, and coronaviruses that cause the common cold, the paper’s authors note.

All these viruses, as well as most other human viruses, have origins in animals. Viruses closely related to COVID-19 have been found in bats.

About half of the earliest cases of COVID-19 were linked to wet markets across Wuhan, which were selling animals including civets known to be able to be infected with COVID-19. 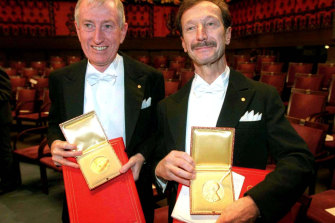 The virus itself was later detected in samples taken from one of the markets. The emergence of SARS was also linked to markets selling live animals.

“In COVID-19 you can clearly see the earliest cases cluster around the Huanan market. There is no link to any other location in Wuhan,” said Professor Holmes.

There is some suggestion, from genetic evidence, the virus jumped from animals to humans at least twice at different markets in Wuhan. New viruses typically require heavily-populated areas, like Wuhan, to become established in humans.

On the other hand, there are no known human cases linked to the Wuhan Institute of Virology, the authors write.

A report in the Wall Street Journal, based on US intelligence, claimed three researchers at the Institute fell sick in November 2019 and sought hospital treatment; the paper has never named the researchers nor reported what they fell sick with, and the institute denies the report and says all staff have tested negative for SARS-CoV-2 antibodies.

And animal viruses jump into humans much more often than we expect. Surveys of villagers living near bat caves show they have antibodies to coronaviruses unknown to medicine.

The animal origin of the virus has not yet been confirmed, the researchers say. But this is not unusual.

Infected humans usually do not pass on COVID-19, making it very difficult to find the first human case, while most cases of animal-to-human virus transmission go no further than the first infection.

The animal origins of Ebola, hepatitis C and polio have yet to be found, the authors write, while it took more than a decade to find the bats likely behind SARS.

The case against a lab leak

Viruses have leaked from labs in the past, including SARS; a failed vaccine trial likely caused the 1977 influenza pandemic.

But SARS-CoV-2 seems different to those, the authors write.

Crucially, there is no data to suggest the Wuhan Institute of Virology had SARS-CoV-2, or any virus close enough to evolve into it, to be able to leak it.

“Under any laboratory escape scenario SARS-CoV-2 would have to have been present in a laboratory prior to the pandemic, yet no evidence exists to support such a notion and no sequence has been identified that could have served as a precursor.”

The evidence also suggests the virus was not created in the lab, the researchers argue. The virus is unable to infect lab mice – the obvious animal to experiment in.

The furin cleavage site, cited as a ‘smoking gun’ to show the virus was manipulated in a lab, are commonplace in other coronaviruses, the authors write.

Under standard conditions in a lab dish, the virus tends to drop its furin cleavage site – suggesting it was not built in a dish.

Since the virus emerged in humans it has repeatedly picked up mutations making it more infectious: suggesting, the authors write, that if it was engineered the engineers did a very poor job.

Most of the work at the Institute focussed on genetic sequencing of viruses using machines, rather than growing the virus in lab dishes. There are no known cases of a virus escaping while being sequenced, the authors write.

It remains contested whether the lab was conducting ‘gain of function’ research – testing whether a virus could be made more infectious. But SARS-CoV-2 has no genetic markers you would expect from such research, the researchers write.

Liam Mannix’s Examine newsletter explains and analyses science with a rigorous focus on the evidence. Sign up to get it each week.