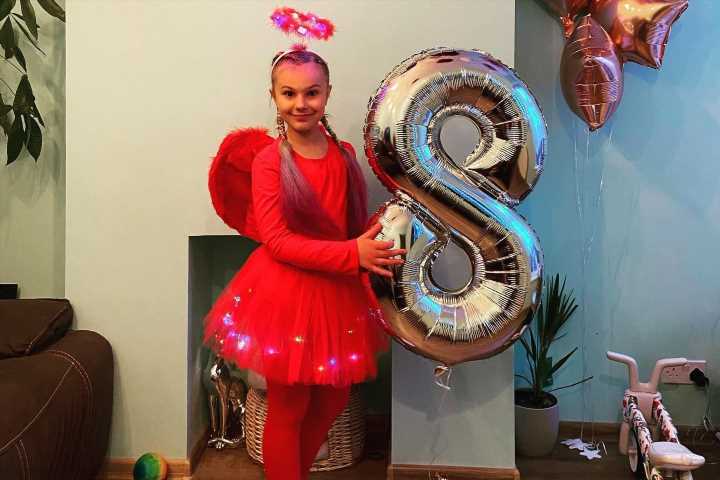 A MAN has been arrested for murder after a nine-year-old was stabbed to death while she played with her little sister.

Lillia Valutyte was with her five-year-old sister outside a café where their mum was working when she was attacked with a knife. 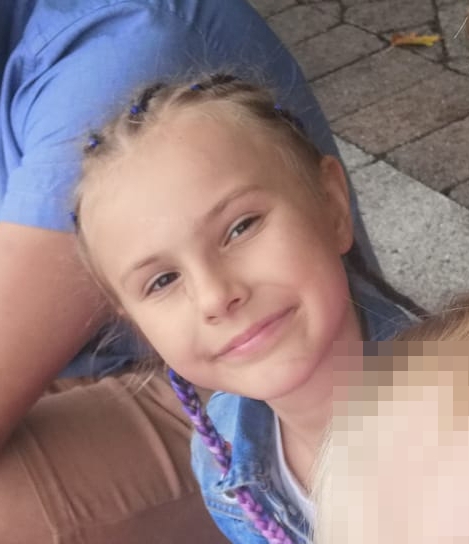 Cops today confirmed a man, 22, was arrested in a nearby park at around 2.45pm.

"The arrest follows a combination of intelligence and information supplied by several members of the public.

"I would like to thank everyone for their assistance as we continue our investigation. 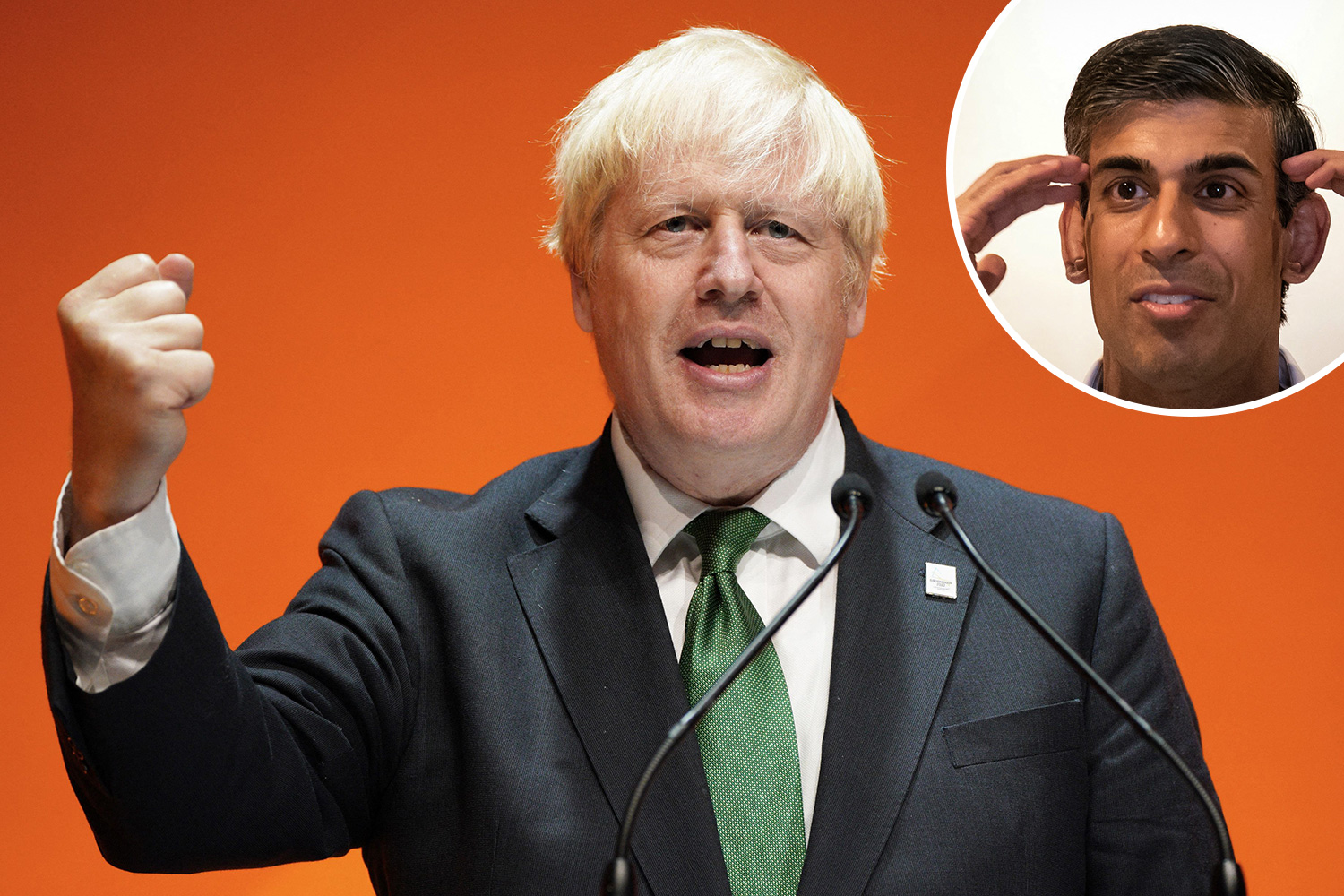 "We are still encouraging anyone with information to contact us. You can do so via the Major Incident Portal."

Police are not looking for anyone else in connection with the stabbing which happened at 6.20pm on Thursday in Fountain Lane.

Cops earlier shared four CCTV images of a man who cops "want to speak to" in connection with the killing.

Two men were last night in custody after armed police raided a house in Boston, Lincs. They have since been released with no further action.

Girl, 9, knifed to death in front of sister while playing in the street

Lillia's mum Lina was understood to have been working just 10ft away watching her girls from the window.

She was the first to rush to her daughter’s aid on the cobbled street, which is also home to legal and accountancy firms, beauticians and restaurants.

One local said: “Her mum had a business inside. She worked from a desk on her laptop and had been doing it for a couple of months.

“It’s only a quiet street so she would let them play outside.

“I think they had a hula-hoop and dolly’s pushchair. I’m sure she would have been inside.”

Another local who knows the family extremely well, said: “It’s horrific. I spoke to Lillia at 4pm yesterday and she said, ‘Goodbye, see you tomorrow’.”

Another family friend told The Sun: “This is just a sick joke. She was so little. I was only cutting her hair days ago.

“There is no humanity left in this place — none. For someone to do this is inhuman.”

Just days earlier, the girls had baked their dad, Aurejlius, a cake for his birthday and put a picture on social media.

It's the most shocking tragedy to ever befall our little town. I'm just speechless

Paul Skinner, the leader of Boston council, said: “The town is united in mourning following the very sad and tragic death of a nine-year-old girl.

“We can’t for one second imagine the pain the family and the young girl’s friends are going through and our heartfelt condolences go out to them.”

Mr Skinner said that as a mark of respect, the council will fly a flag at half-mast.

Heartbroken locals have told of their horror at the "most shocking tragedy to ever befall the town". Many have visited the scene to leave flowers.

A note attached to a bouquet of pink roses reads: "So sorry this cruel world has taken your life beautiful girl.

"May you be in the arms of the angels." 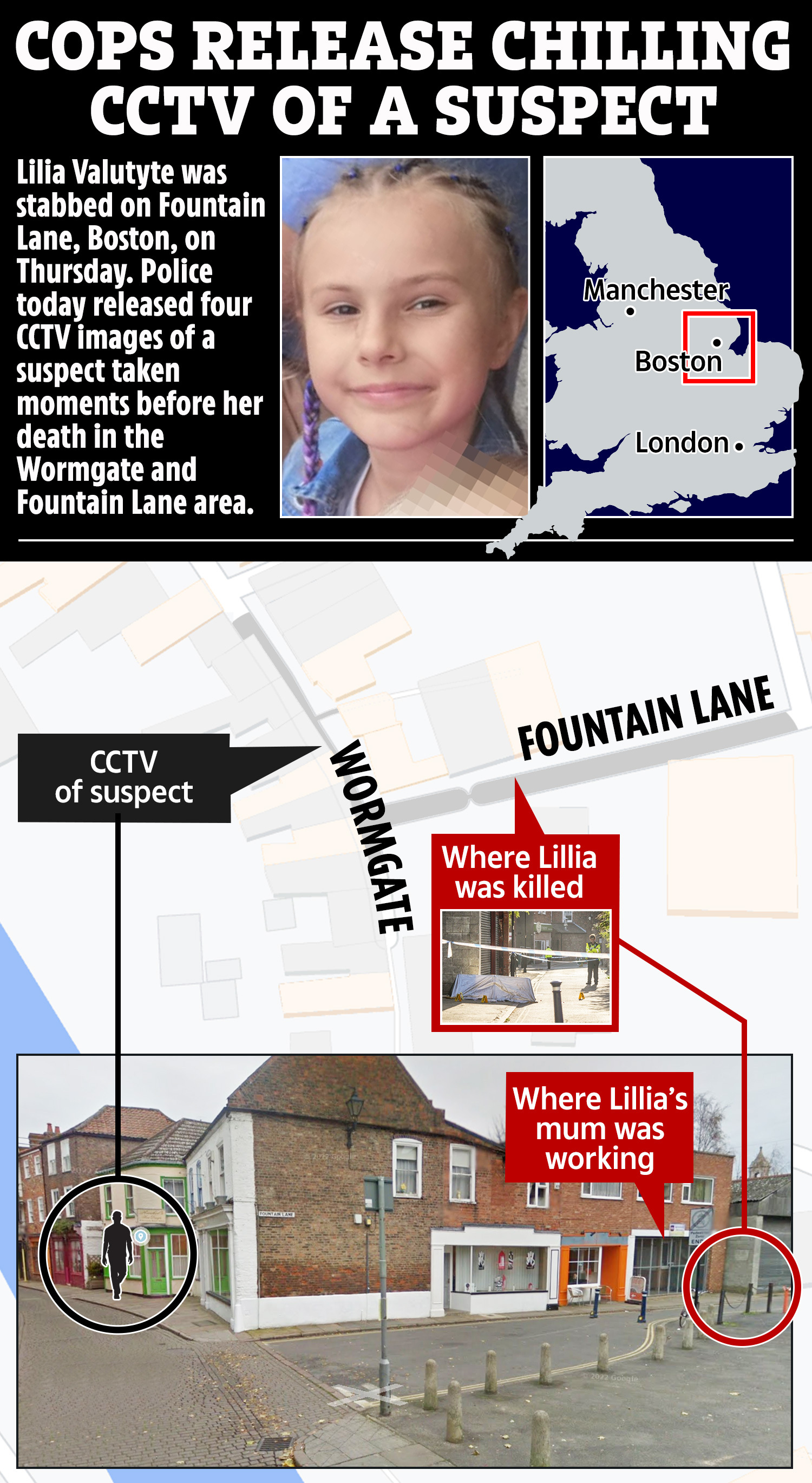 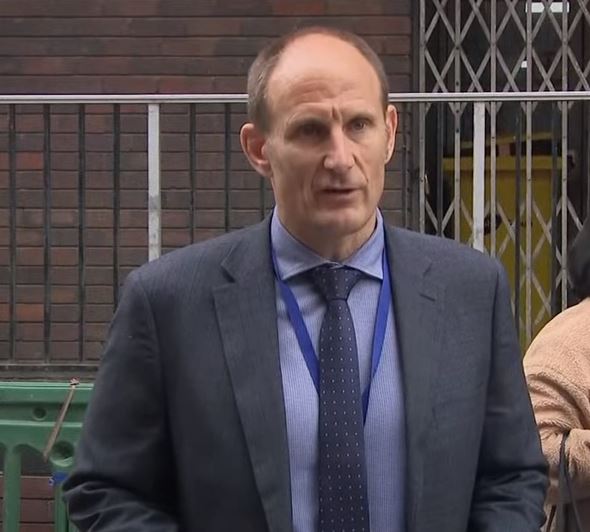 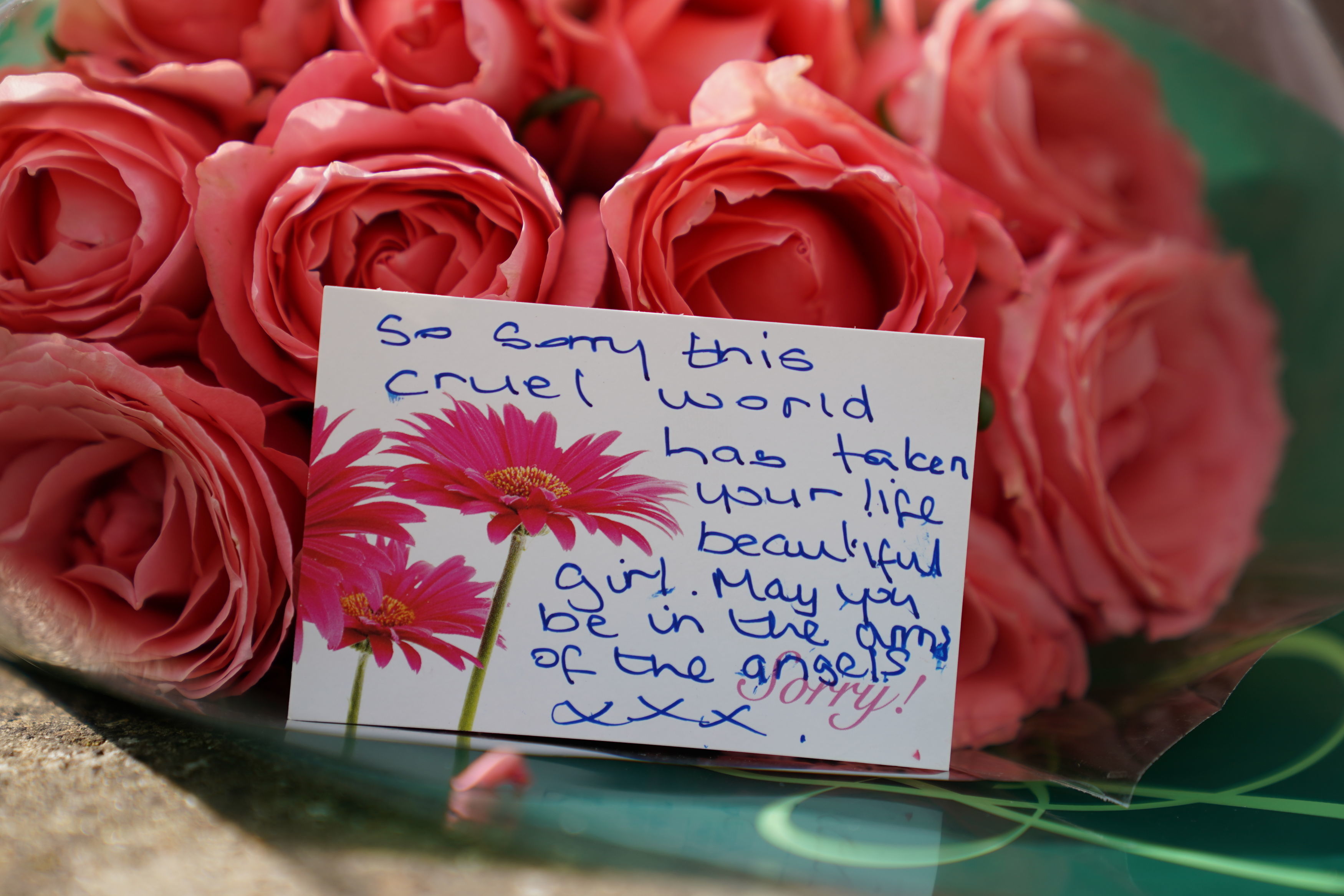 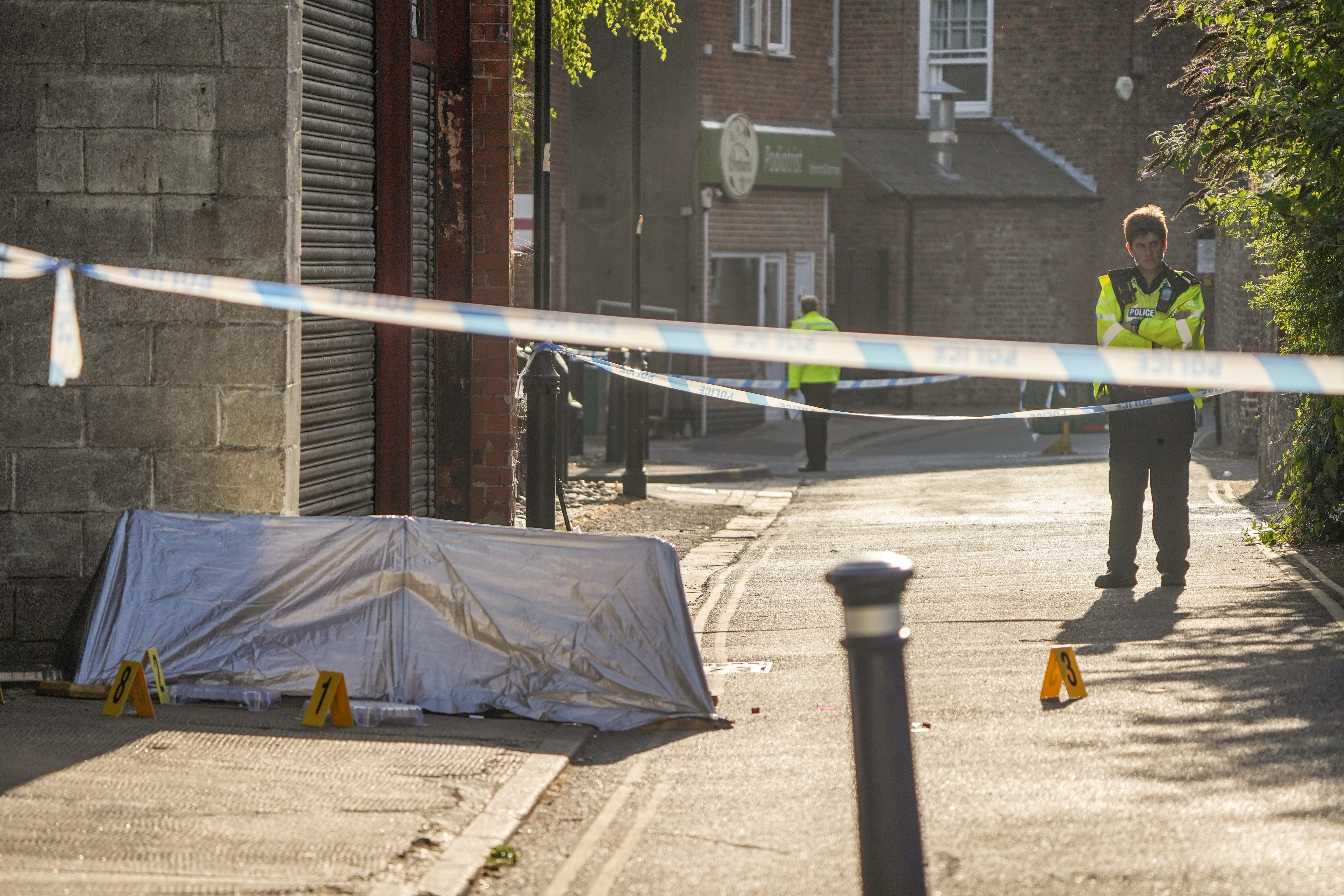 Taxi driver Jonathan Newton, 55, said: "We are a close-knit community here and the town is rocked to the core by this tragedy.

"She was just a little girl. How could anyone do this to a nine-year-old?

"It's the most shocking tragedy to ever befall our little town. I'm just speechless."

Lillia's family are being supported by specially-trained officers tonight.

In 2016, Boston was the murder capital of England and Wales, according to Home Office data recording crimes per 100,000 people.

The market town had the highest number of murders and attempted murders.

STABBED AS SHE PLAYED

Matt Warman MP, for Boston and Skegness, said his thoughts were with the young girl’s family.

He said: “Profoundly shocking news in Boston. My thoughts are with the family of the girl involved.

"I have spoken to senior officers locally and am hugely grateful for all the emergency services’ work."

Anyone with information or who has seen the man in the CCTV is urged to call 101, quoting incident 419 of July 28.

Those wishing to remain anonymous can report via the independent charity CrimeStoppers on 0800 555 111 or online. 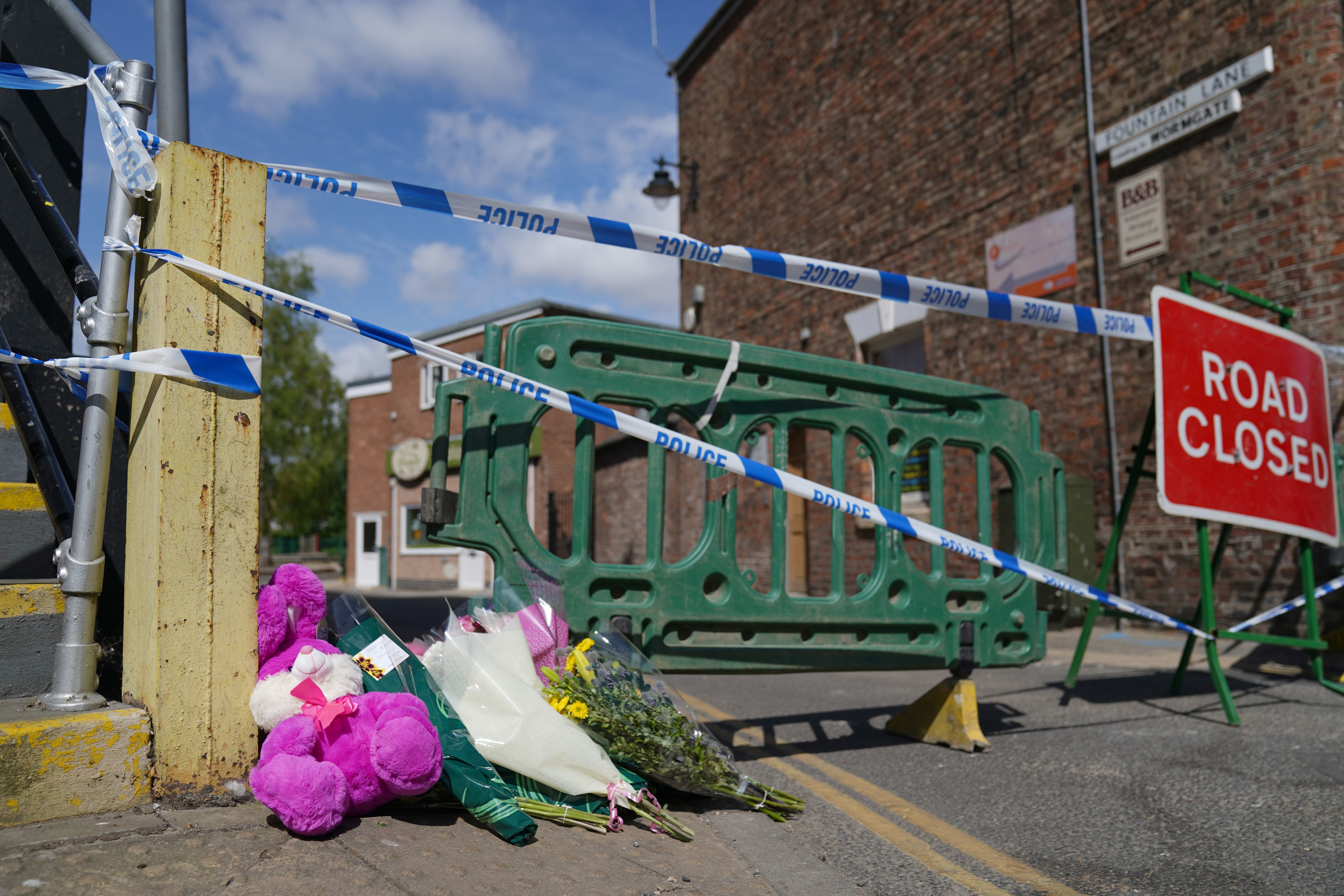 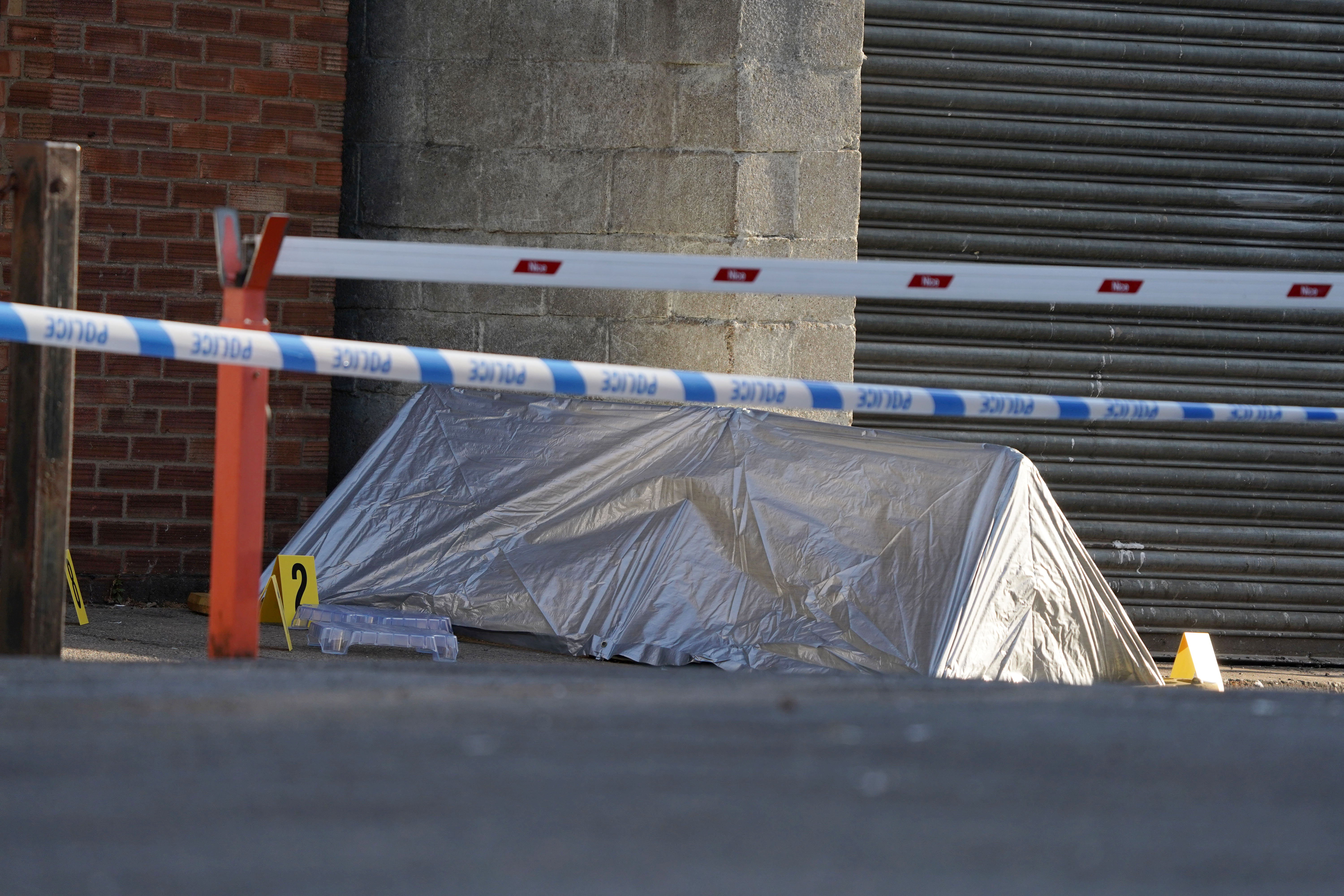 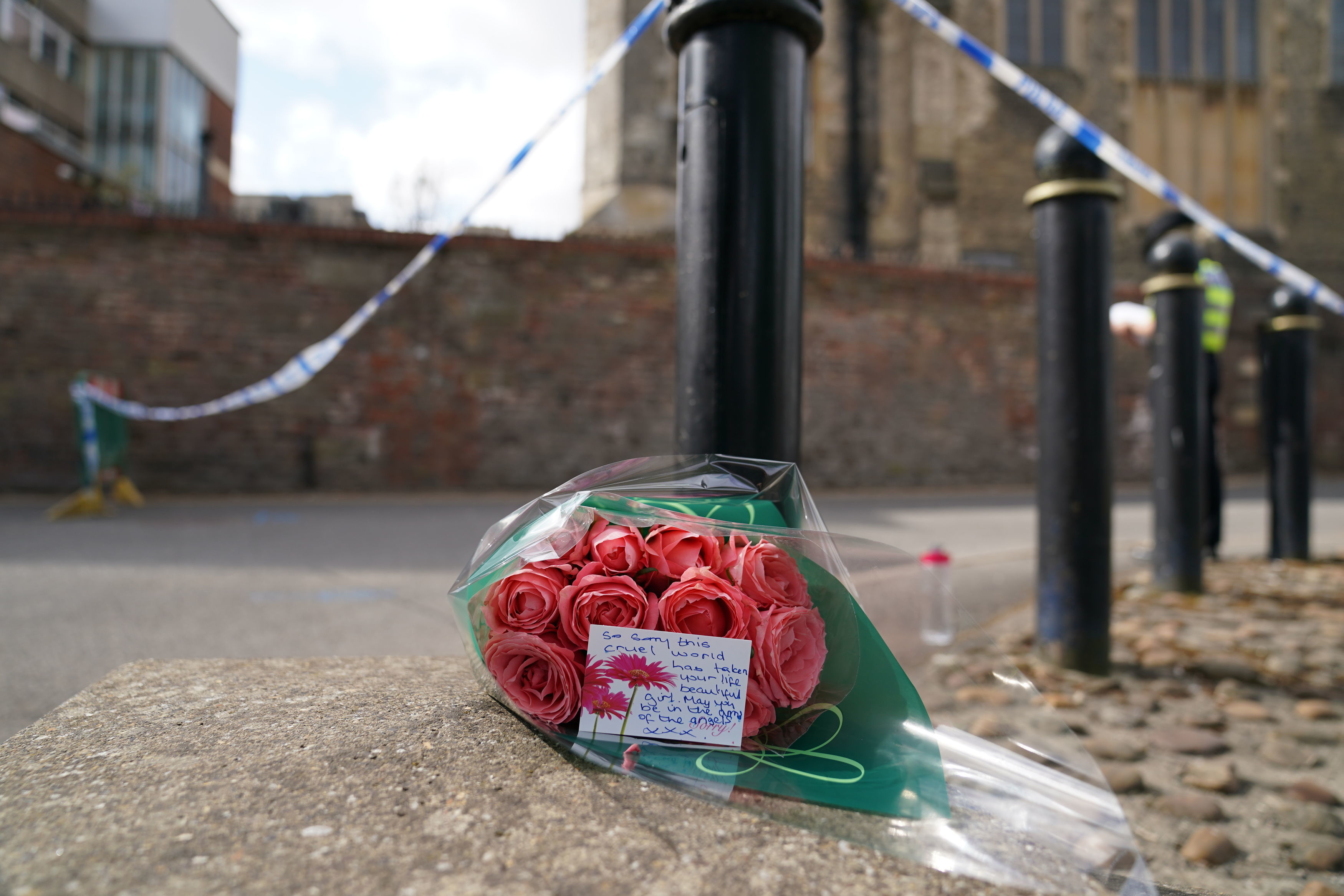 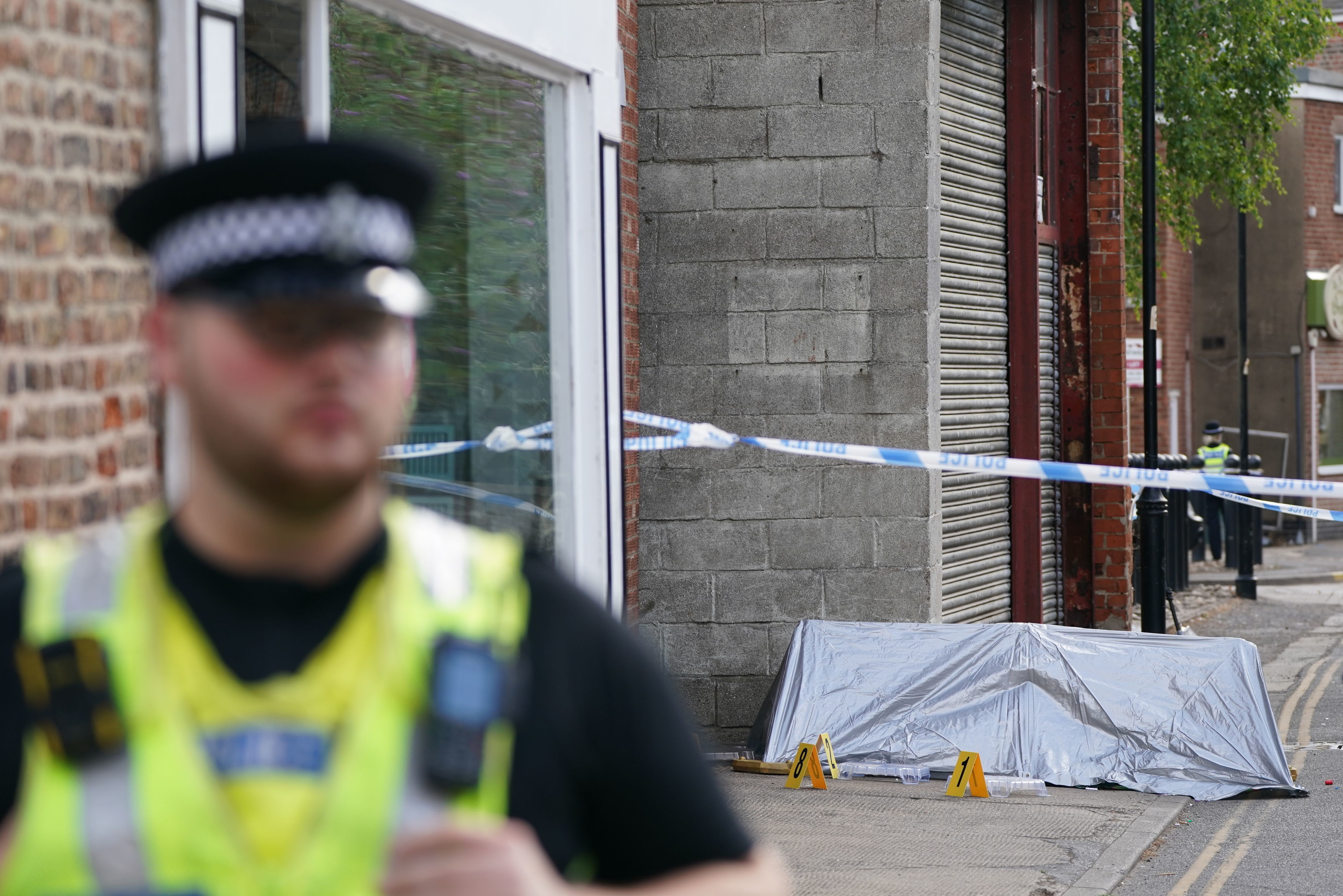 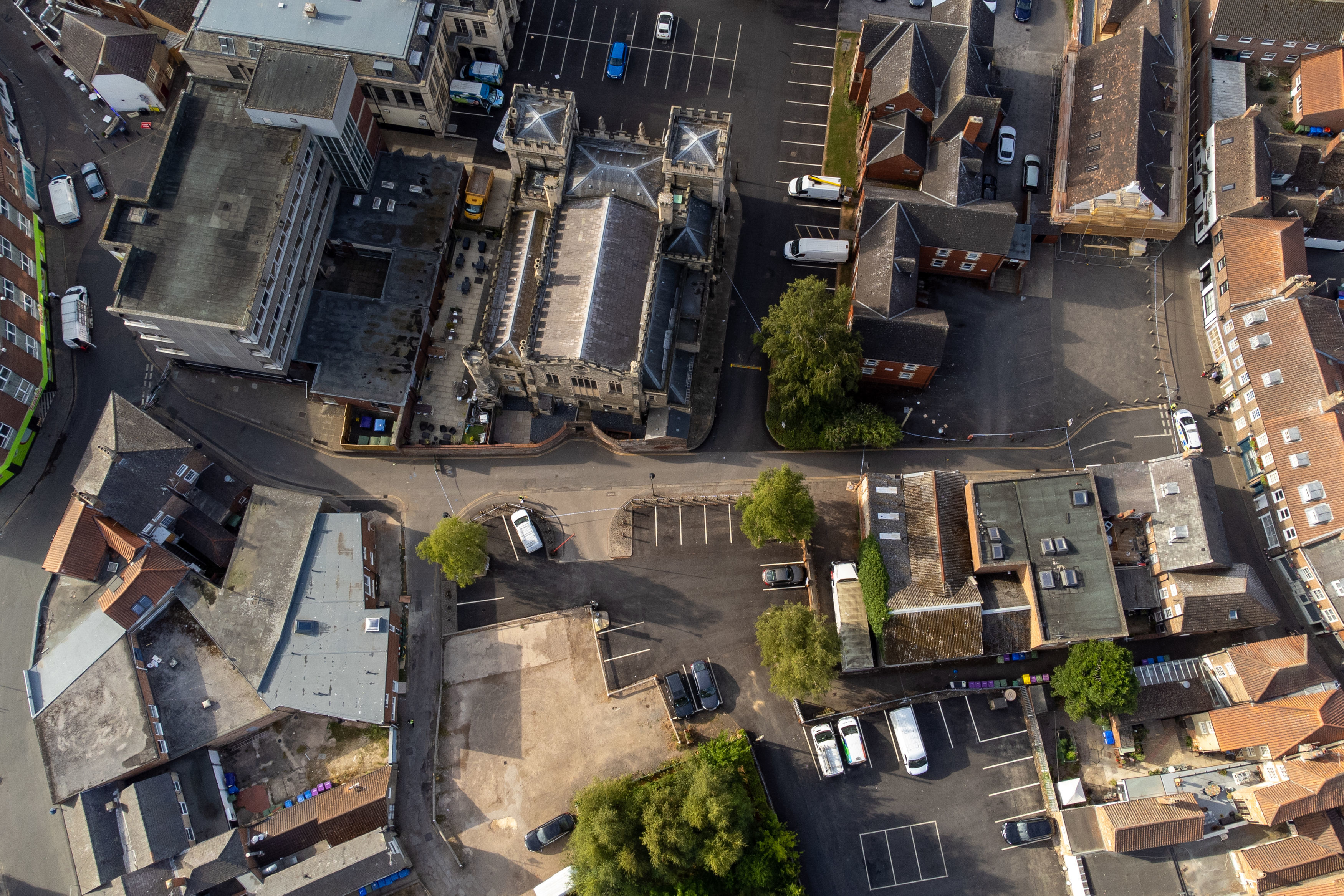