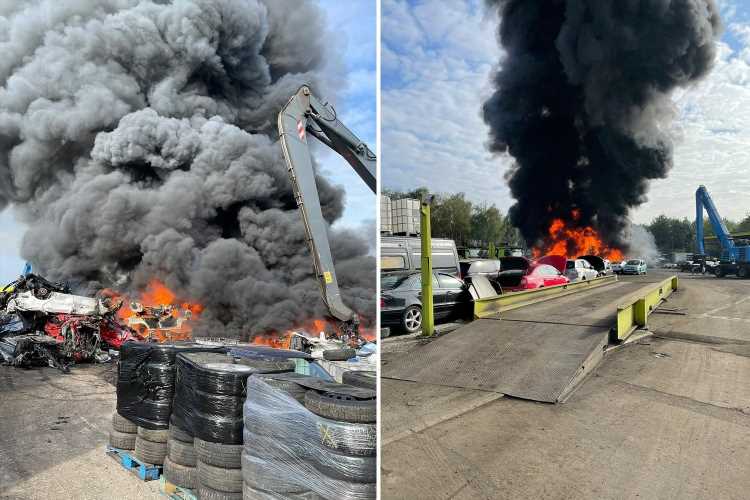 A MASSIVE recycling plant fire has sparked huge delays on a nearby motorway with thick black smoke billowing into the air.

More than 50 firefighters are tackling the blaze on Tramway Close, in Darlaston, Walsall – near the M6. 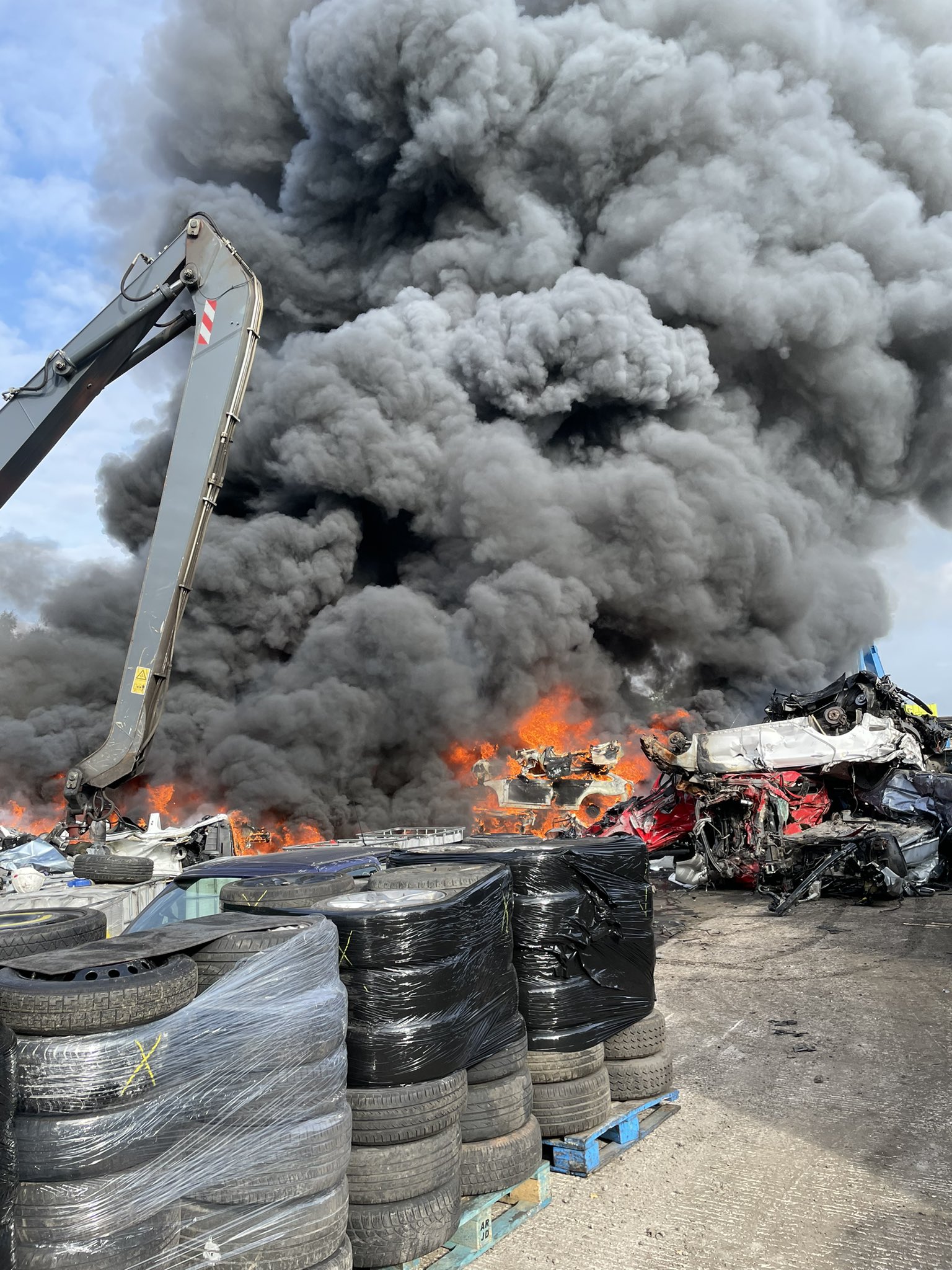 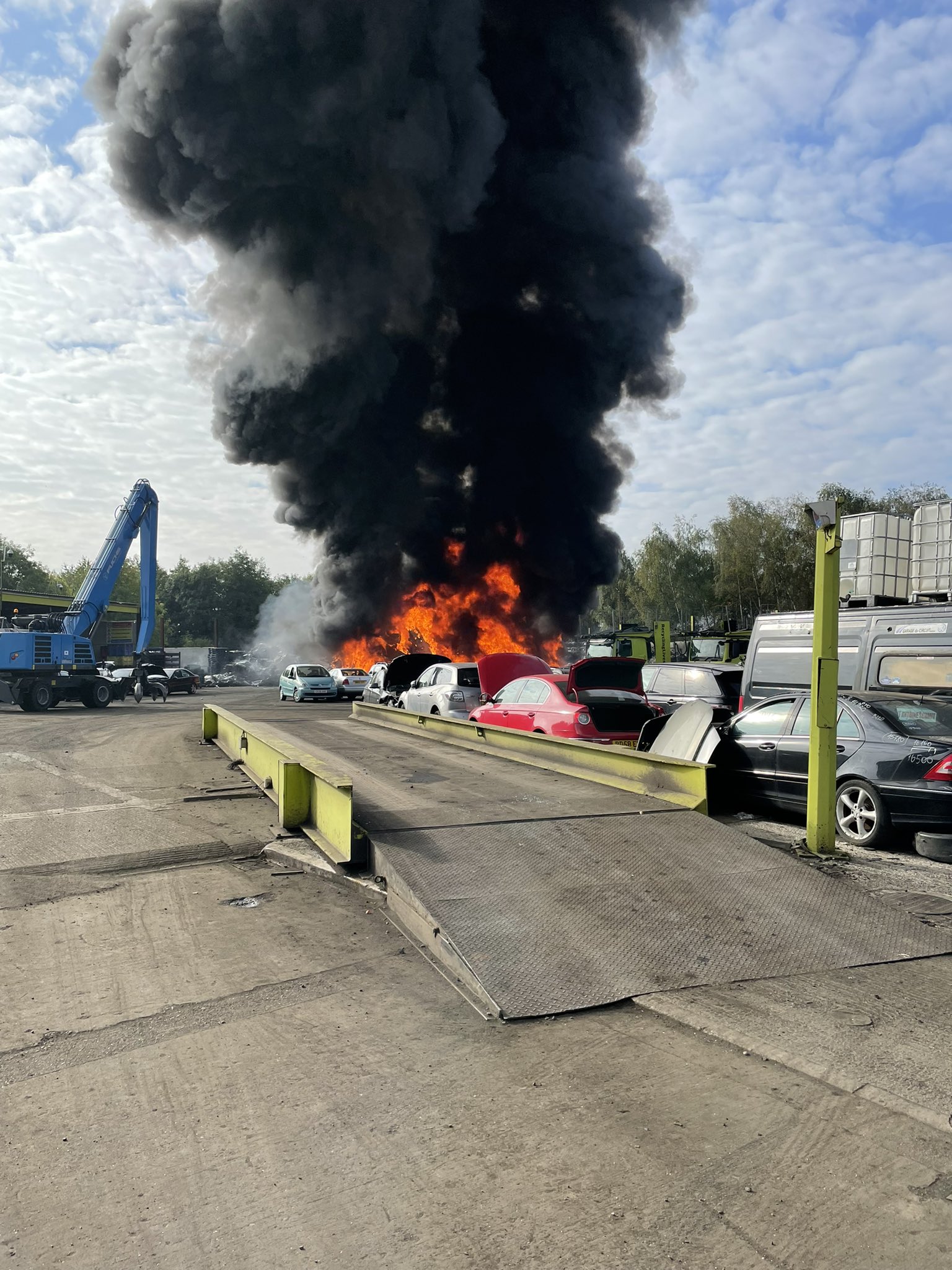 The fire, which kicked off at about 11.30am, involves a large number of scrap vehicles and has caused delays near junction 10 – one of Britain's busiest stretches of motorway.

Shocking pictures show the enormous fire ripping through the site sending clouds of smoke into the air.

A spokeswoman for West Midlands Fire Service said: "We responded to a number of calls to a fire at a vehicle recycling centre in Tramway Close, Darlaston.

"We currently have 10 fire appliances in attendance, one hydraulic platform, a drone and high volume pumping unit and a number of specialist officers.

"Local residents are asked to keep windows closed due to heavy smoke logging and avoid the area.

"We are working with the site owners, police and ambulance are also in attendance.

"We are making good progress in extinguishing the fire and protecting surrounding businesses. Cause is not known at this time."

The West Midlands Road team tweeted: "M6 traffic slow both ways around J10 Walsall due to large plumes of smoke visible from a recycling centre fire on Heath Road in Darlaston." 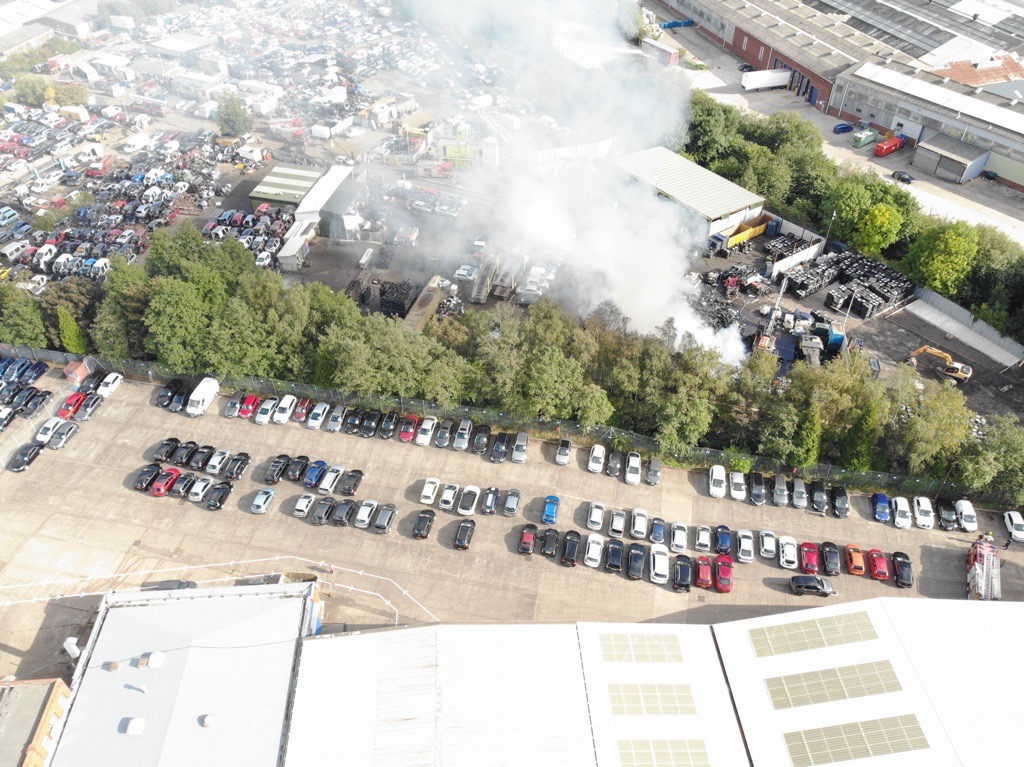