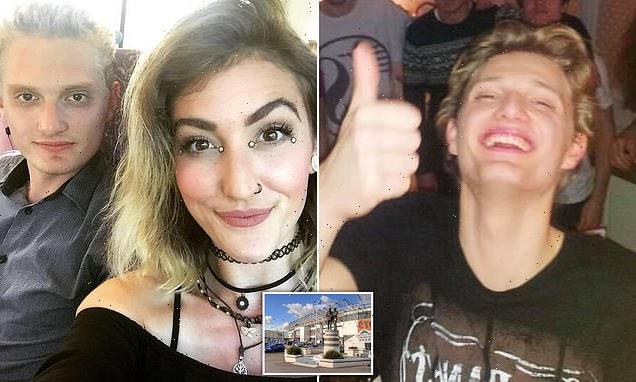 Man, 24, fell to his death in front of his fiancée while sliding down bannister at Derby County stadium during Christmas party, inquest hears

A ‘kind-hearted’ 24-year-old fell to his death in front of his fiancee after losing his balance while sliding down a bannister at a football stadium, an inquest has heard.

Jack Watson, of Chester Green, was leaving Igor’s Lounge bar at Pride Park stadium in Derby on November 30, 2019, when he attempted to slide down the second-storey bannister.

However he lost his grip and fell backwards, causing him to plunge down the stairwell to the ground floor.

First aid was given and paramedics rushed to the scene but he could not be saved after suffering a fatal head injury.

His mother Jill Watson told an inquest held at Derby Coroners’ Court on Wednesday: ‘I would like to say he wasn’t just only our son – he was a real friend. 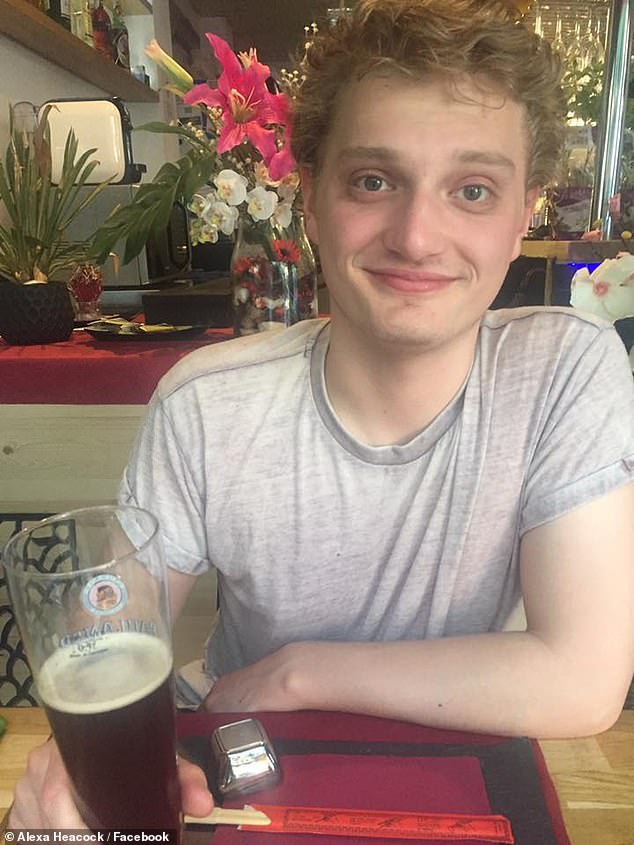 Jack Watson (pictured), 24, was leaving Igor’s Lounge bar at Pride Park stadium in Derby on November 30, 2019, when he attempted to slide down the second-storey bannister and fell to his death 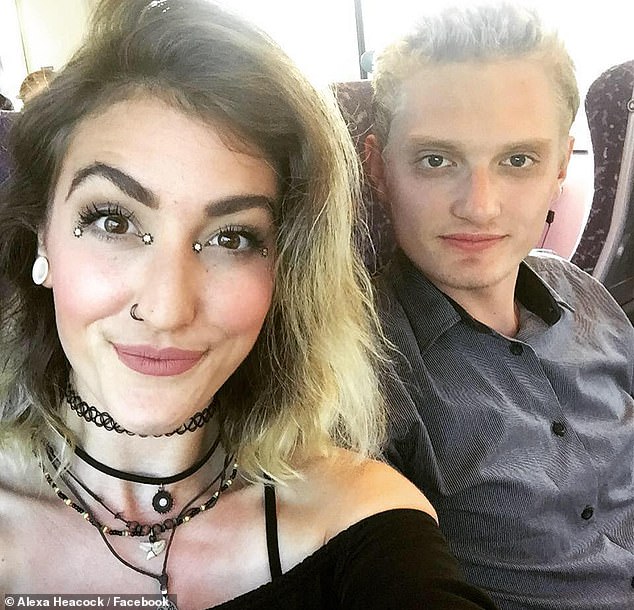 Mr Watson (pictured with fiancee Alexa Heacock) was described as ‘kind-hearted, thoughtful and full of fun’ by his mother Jill Watson 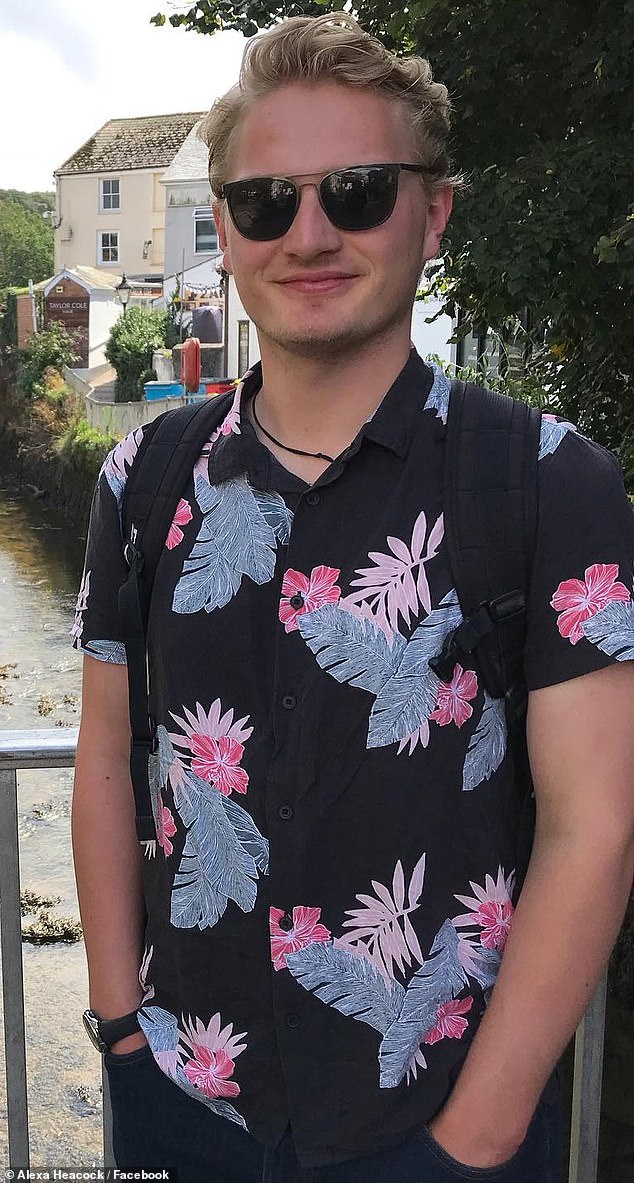 The inquest heard how Mr Watson (pictured), a design engineer, had been attending a Christmas party held by his employer Expleo Limited

‘He was kind-hearted, thoughtful, full of fun and he liked to have a laugh.

‘He was really intelligent, he worked really hard with his degree. He had moved to Derby just six months earlier. He was happy and looking forward to whatever life would bring him.’

The inquest heard how Mr Watson, a design engineer, had been attending a Christmas party held by his employer Expleo Limited.

He was joined by his fiancee Alexa Heacock when the tragic accident occurred, reported the Derby Telegraph.

The happy couple had planned to go out into Derby with friends when the work party ended, and were en route when the incident took place.

Ms Heacock told the inquest that Mr Watson was ‘between merry and drunk’ when the party finished at midnight.

She said: ‘He decided it would be fun to slide down the bannister.

‘He went to slide down the bannister on his bum to get to the bottom of the first landing.

‘But he tipped backwards and fell down the whole of the spiral staircase instead.’

She recalled how she ran to the bottom of the stairs and called an ambulance.

A nurse who happened to be at the party provided first aid to Mr Watson before paramedics arrived – however he was pronounced dead at the scene. 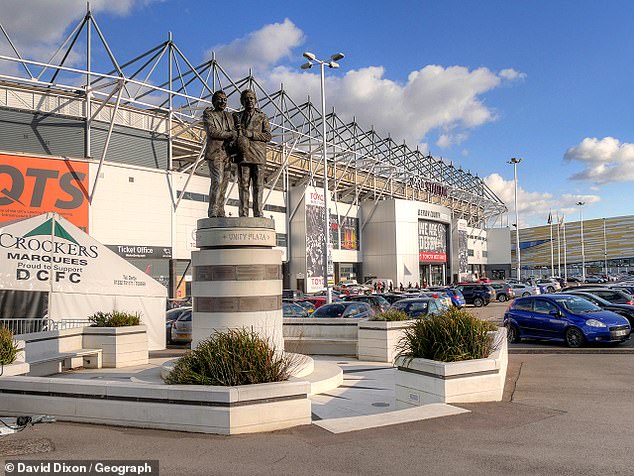 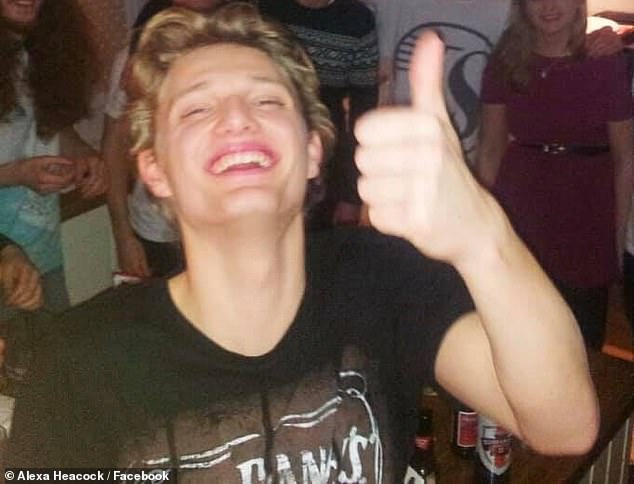 The inquest heard how Mr Watson (pictured), a design engineer, had been attending a Christmas party held by his employer Expleo Limited 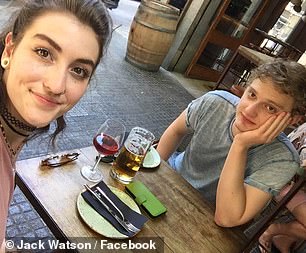 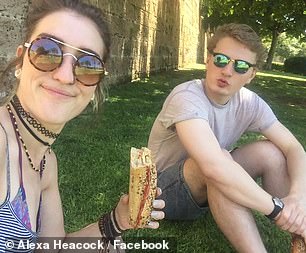 Alexa and Jack (pictured together) had planned to go out into Derby with friends when the work party ended, and were en route when the incident took place

A pathologist told the inquest he would have been unconscious ‘almost instantly’ due to the fatal head injury.

The inquest was also told that the railings were found to be ‘structurally sound’ by an inspector from Derby City Council and that they were up to national standards and had not contributed to Mr Watson falling.

Assistant coroner Tanyka Rawden was told there was no CCTV footage of the incident- but general manager of the venue Steve Fletcher said that it has now been installed in that area.

Mrs Rawden said while she was pleased to see changes had been made, she was of the opinion that even if they had been in place at the time, nothing could have prevented the accident.

‘Sadly in this situation I do not think Jack’s death would’ve been prevented,’ she said.

‘This is the most tragic of situations and I cannot imagine what you have gone through. We should have heard this inquest before today and I’m sorry that you didn’t.

‘I’m so sorry that Jack isn’t in your lives anymore. I can see how much you miss him.’

Mrs Rawden recorded a conclusion of death by misadventure.

A spokesperson for DCFC said: ‘Derby County Football Club wishes to express its sadness that Jack Watson, at the age of just 24, passed away at Pride Park Stadium on 30th November 2019.

‘The club’s deepest condolences and thoughts have been, and continue to be, with his family and friends at such a difficult time.’