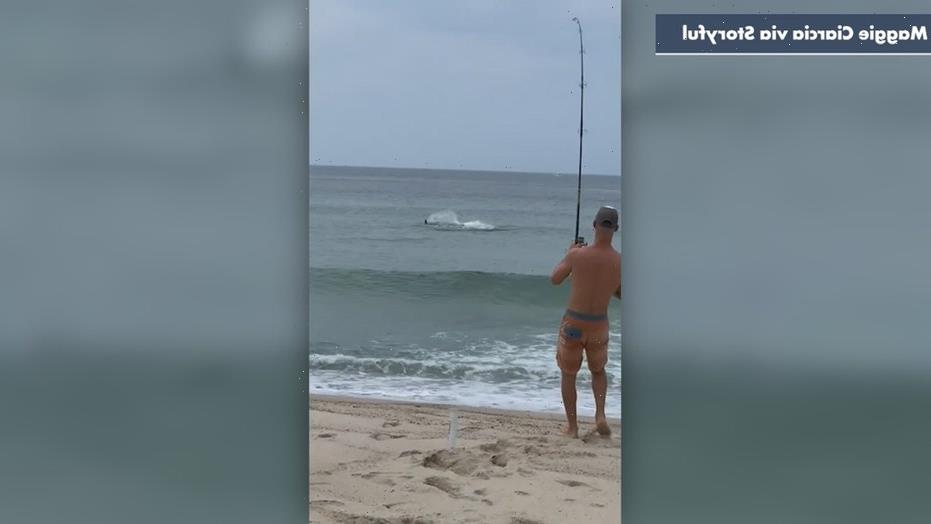 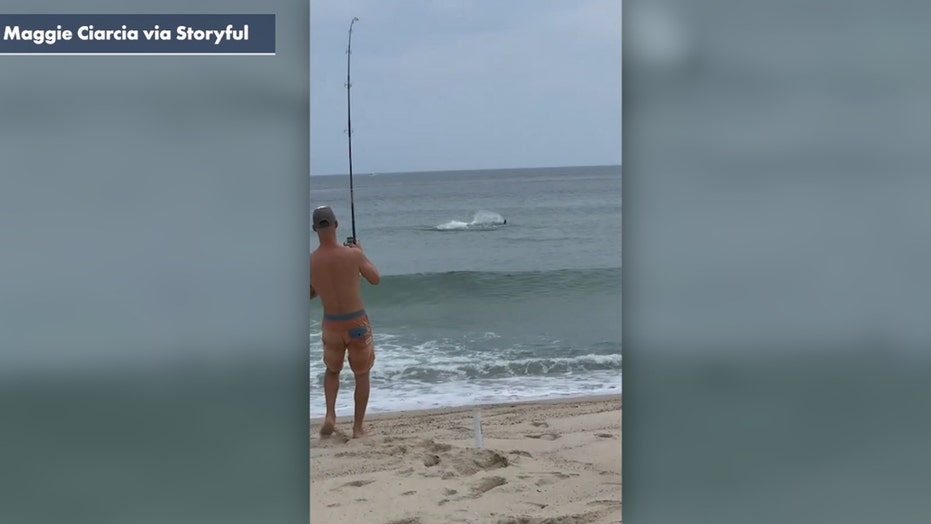 A Massachusetts man briefly hooked a great white shark on his fishing pole at Nauset Beach.

A man fishing at a Massachusetts beach started reeling in a fish when a shark suddenly appeared and became caught on the line. While the animal eventually got away, the entire incident was caught on camera. 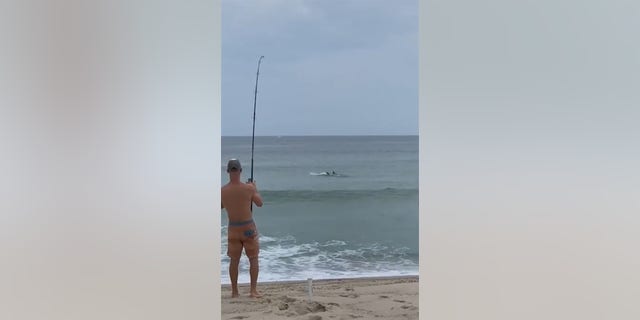 A man fishing at a Massachusetts beach hooked a shark and the entire incident was caught on camera.
(Maggie Ciarcia via Storyful)

Matt Pieciak was enjoying a day at Nauset Beach with his family last week when he and his uncle decided to throw some fishing lines in the water and leave the rods propped up in the sand, the Cape Cod Times reports.

Pieciak’s cousin, Maggie Ciarcia, told the news organization Storyful, “My uncle and cousin decided to put a couple of fishing rods in the water and left them in the sand while we were playing corn hole. All of a sudden one started rattling and we thought he got a fish so I started filming.”

As Pieciak started to reel the line in, a shark suddenly appeared and got caught on the line. The large animal can be seen thrashing around before eventually breaking free from the line.

While it appears in the video footage that he caught a great white shark, Pieckiak told reporters that he believes he actually caught a smaller fish. As he was reeling that animal in, he thinks the shark tried to grab the fish and then got stuck on the line.

Either way, the family seems to be excited to have witnessed the event. Ciarcia described the incident as “pretty cool all around” and she said she was glad to have caught it on video.