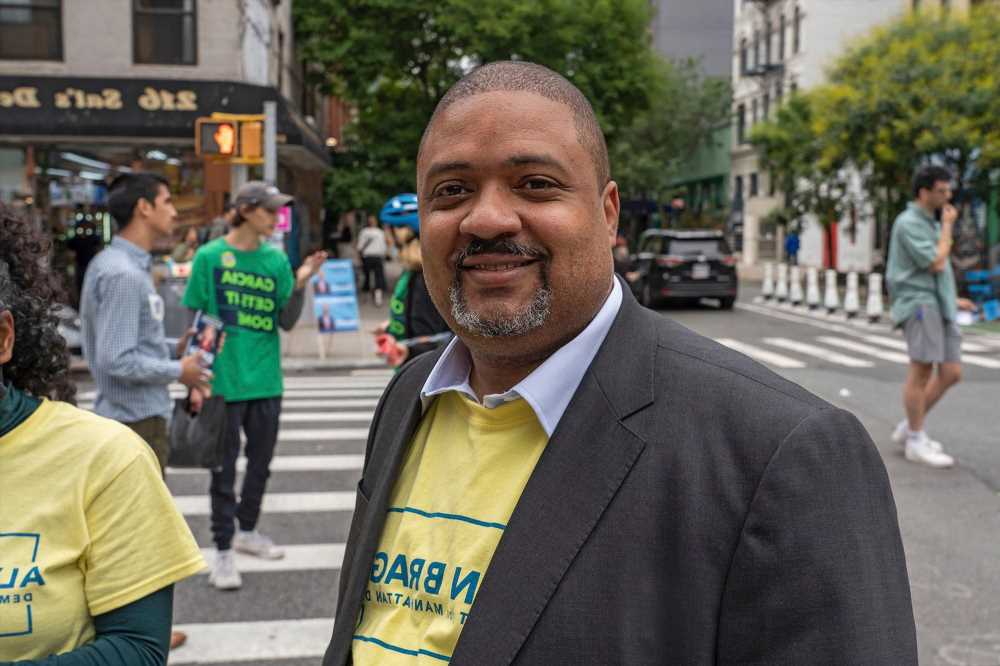 Alvin Bragg, a former federal prosecutor who is now poised to be Manhattan’s next District Attorney, has promised supporters to “hold police accountable” but said nothing about fighting crime.

“We are one step closer to making history and transforming the District Attorney’s office,” Bragg said in a Friday evening statement shortly after his chief opponent Tali Farhadian Weinstein conceded.

He vowed to bring an end to “racial disparities and mass incarceration” in the criminal justice system, but didn’t address the rash of shootings and other spiking crimes across the city.

In a statement of her own Friday afternoon Weinstein said she would support Bragg and called to congratulate him.

“We have now counted a majority of paper ballots, and though we fought a hard race, it has become clear that we cannot overcome the vote margin. When all votes are counted, we expect to come in second by a few percentage points,” she said in an email to supporters.

“We had important disagreements throughout the campaign, but I am confident in Alvin’s commitment to justice, and I stand ready to support him. I wish him and the women and men who serve in the district attorney’s office every success,” she added.

Bragg still needs to get through a general election against Republican rival Thomas Kenniff — something that is viewed as little more than a formality on the heavily Democratic leaning island.

If he takes office, Bragg will become the first black District Attorney in the borough’s history. He will also inherit the office’s investigation of the Trump Organization — a controversial inquiry with potentially national implications.

Unlike many other city primary races, the Manhattan DA race did not use ranked-choice voting, because it is a state election.