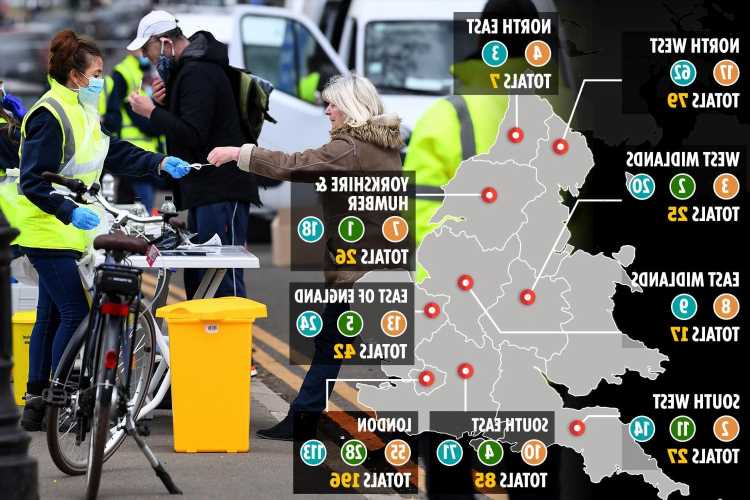 THIS map reveals how new Covid variants are spread across England.

The distribution of the Indian strain has been laid bare for the first time, with figures showing cases are highest in London and the South East. 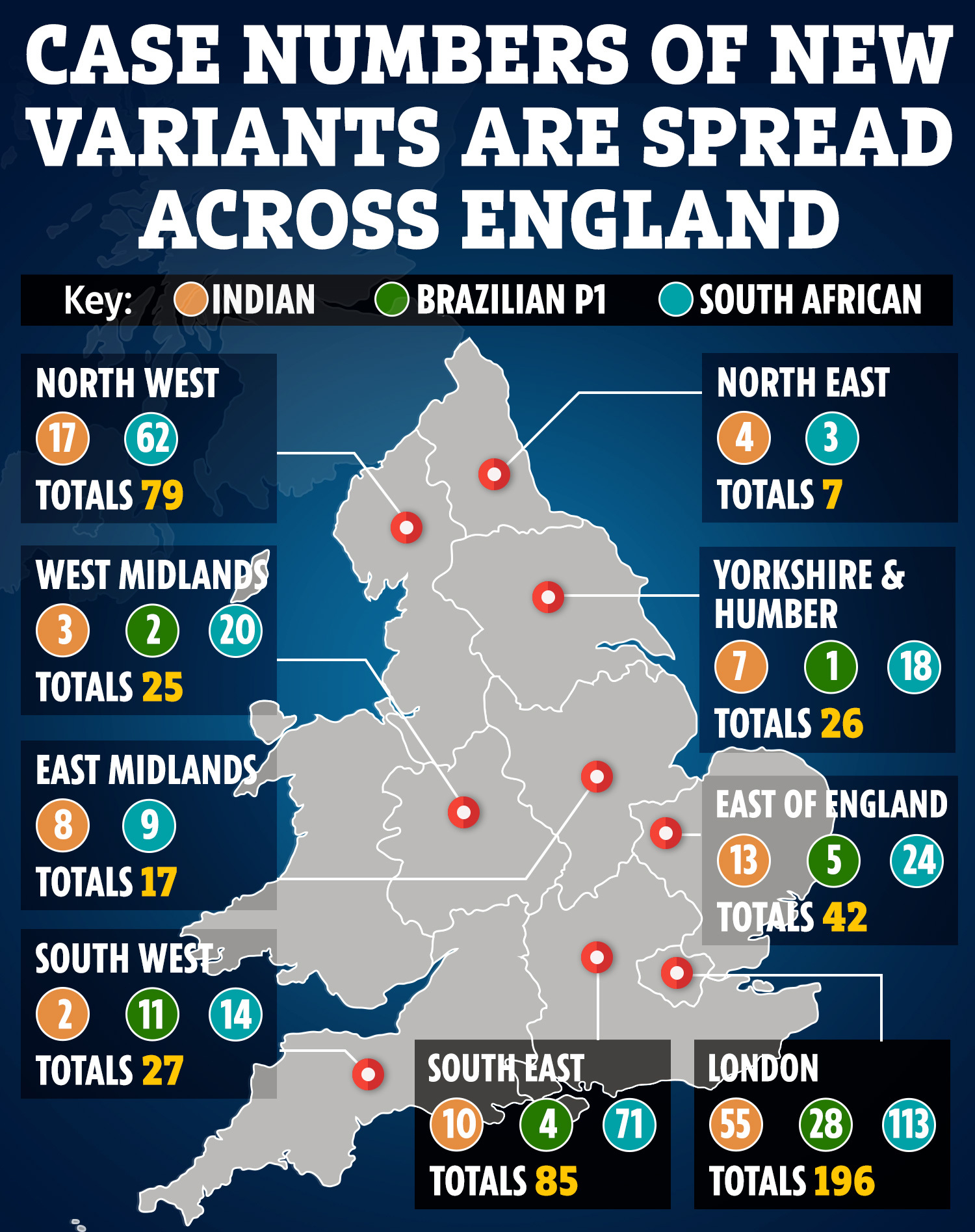 There are several variants on the Government’s watchlist, including the most recent addition from India, as well as from South Africa and Brazil.

Public Health England (PHE) has broken down how many cases are in each region of England, including the Indian strain for the first time.

It detailed cases up until April 22, meaning recent infections are not included.

The South African variant, the most prevalent concerning strain in the UK, shows a similar pattern.

The Brazil variant has not spread into the East Midlands, North East or North West, but has cropped up at least once in every other region.

Looking at all three variants, London has had the highest detected cases of each, which could be explained by its international travel links.

Prof Paul Hunter, of The Norwich School of Medicine, University of East Anglia, told The Sun: "The regional distribution is perhaps not surprising London has almost half of all cases [the Indian variant].

"In part that is because of the size of the London population but also because London has many people who may have links with the Indian subcontinent."

He added that the document is not up to date and that since it was made, two new variants linked to that of India have been detected in India.

Most cases of new variants have been in people who have recently returned from travels into the UK.

But the Health Secretary recently revealed there is some community spread of new strains.

New variants have mutations that give it an edge over the “original” strain from Wuhan, China.

Evidence suggests they spread faster and infect people easier, and can evade antibodies produced by the immune system.

But there are still a lot of unknowns. 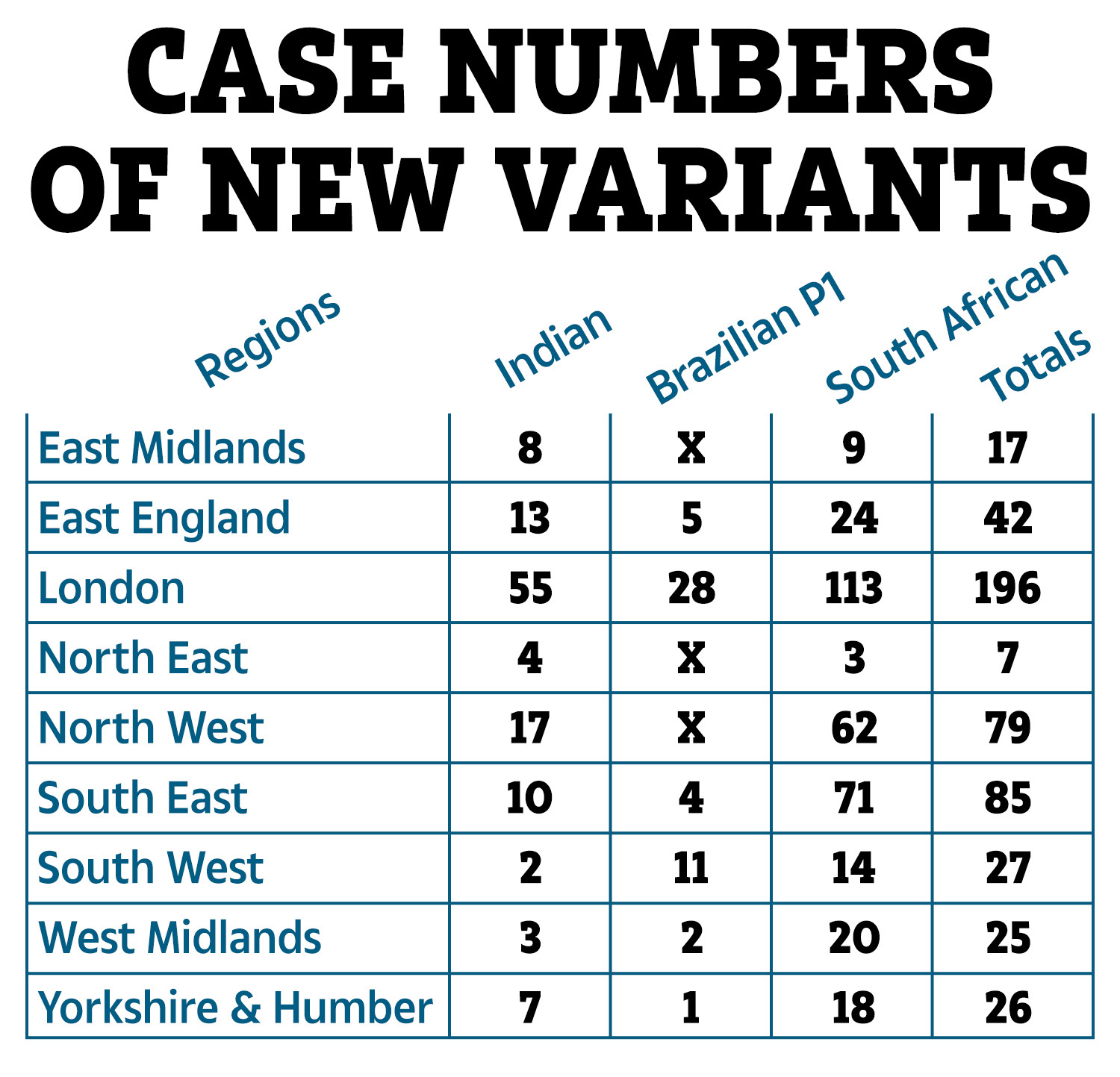 Less than two per cent of Covid cases are caused by variants from other countries, according to the PHE report, which was given to the Government's scientific advisers on Sage.

Some 99.2 per cent are a result of England’s “home grown” variant from Kent, which evolved last September and has become dominant.

But of all the new variants, the one from India appears to have the ability to grow the fastest, if given the opportunity to.

Professor Andrew Preston, Department of Biology and Biochemistry, University of Bath, told the Sun: "It looks very much like that for the India variant, cases are due to importation, almost certainly from India.

"I suspect that the increase in the number of infections with the India variant is due to the overwhelming surge in infections in India.

"So if the number of people travelling to the UK from India remains steady, we’ll see more cases being brought in.

"Unfortunately, it does mean that the travel ban is required to prevent large scale importation of more cases."

Prof Preston expressed his concern about allowing Brits to travel abroad this summer to "green list" countries – the list of which is expected on May 17.

He said: "The push to have countries placed on the green list, and for international leisure travel is growing. This worries me.

"International travel will result in importation of infections, and with that we risk importing new variants, and more cases of existing variants.

"While cases of these are very low, it looks like current measures can ring fence and contain them. If numbers escalate rapidly, then last year showed our system cannot contain." 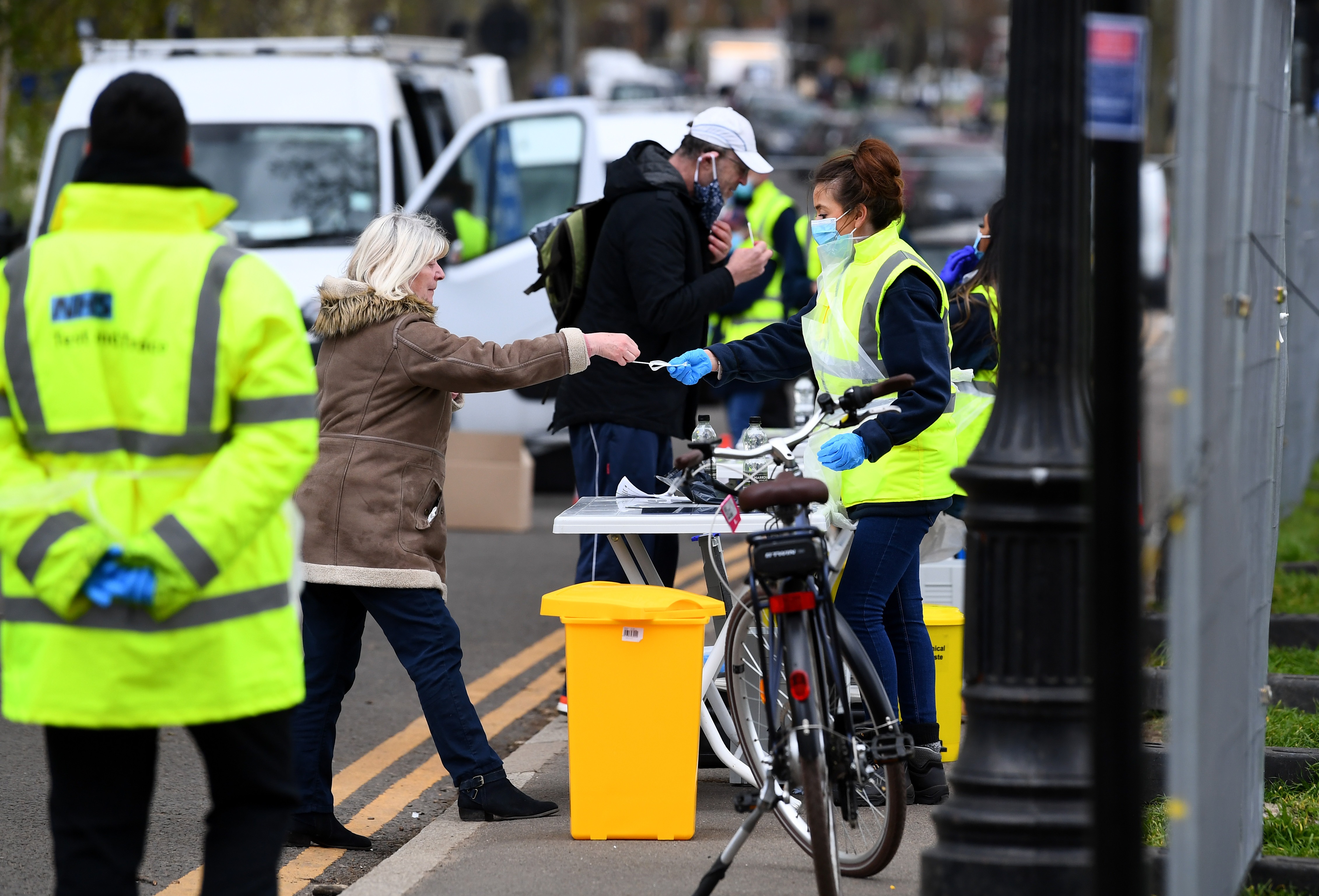 Meanwhile, another paper published today details why the Kent variant has become the leading strain circulating in the UK.

It accumulates some of the latest research looking into the strain, called B117.

The paper said: “It is almost certain that the epidemiological growth rate of B.1.1.7 is higher than older

variants in circulation. The biological mechanism(s) for this higher growth rate remains unclear.”

But the research team, led by Peter Horby, chairman of the New and Emerging Respiratory Virus Threats Advisory Group (Nervtag), said that there are two main reasons why the Kent strain has an advantage.

The first is that for someone to get sick with Covid, they don’t need to be infected by a dose as high compared to the Wuhan strain.

Secondly, people with the Kent strain appear to shed more viral particles from their throat and nose, therefore spreading the virus wider.

It comes as surge testing for the South African variant has been ramped up in London following the detection of more cases.

Testing will now be deployed in Redbridge the IG1 and IG6 postcode areas, and in small areas in IG5 and IG7.

Two cases have been discovered in Redbridge, an eastern borough, and the Department of Health today said the two are not thought to be linked.