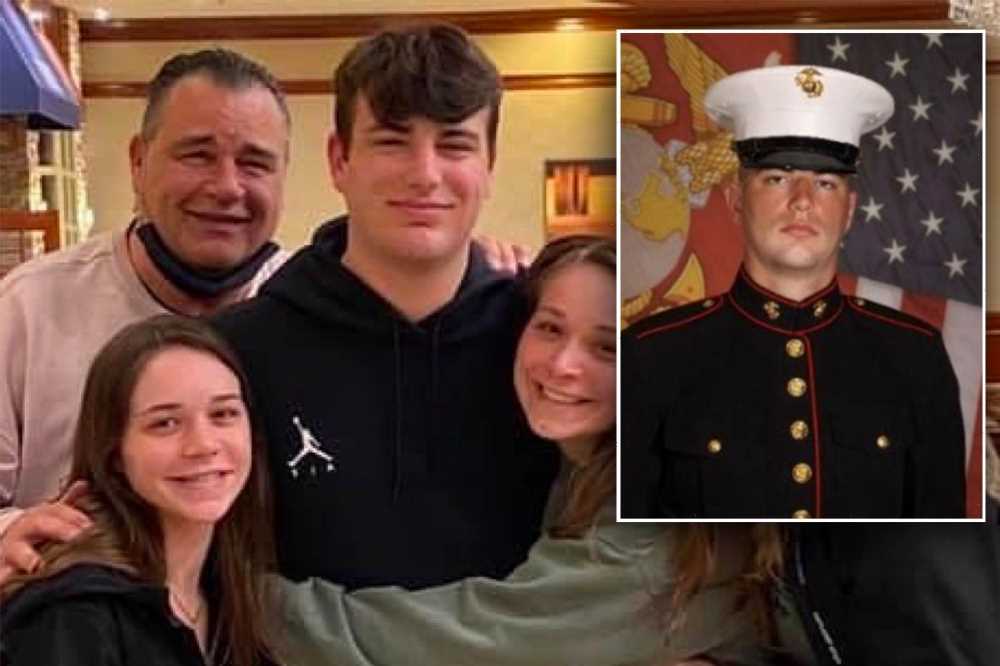 Ex-Marine gets 30 years for prostituting hundreds of women

Gravity jet suit taken for a spin by the Royal Marines

A US Marines recruit from South Jersey who was set to graduate from boot camp in a few days died during a grueling 54-hour rite of passage known as “The Crucible.”

He “passed away during the conduct of The Crucible with the new Marines of Echo Company,” a Marines statement said, according to Military.com.

“Our deepest condolences go out to Dalton’s family and to the Marines and staff of Echo Company. The cause of death is currently under investigation,” it added.

A GoFundMe account set up on behalf of the family describes Beals as “a wonderful marine that has left us far too soon.”

The budding warrior was set to graduate on June 18.

“His amazing mother described him as ‘the most sincere, kindhearted, sweet and amazing young man,’” reads the account, which has raised $21,308 as of noon Tuesday.

Pennsville Memorial High School, where Beals graduated in 2020, mourned his loss on Facebook.

“The flags at the Pennsville High School Memorial and Stadium Complex will be flown at half staff in honor of the memory and service of PMHS 2020 Graduate and United States Marine Dalton Beals,” a statement said.

“As Pennsville High School is a Memorial School, his sacrifice to his country will forever be memorialized along with those who have gone before him, George Callan (Class of 62), and William Keeler (Class of 66),” it added.

The Crucible, the final challenge after 13 weeks of rigorous training, is a 54-hour endurance event that tests what the exhausted recruits have learned.

The final part is a 9-mile ruck march to a ceremony where the recruits are given their iconic Eagle, Globe and Anchor pins, which signify their status as newly minted members of the Corps.

Beals will be referred to as a full-fledged Marine, the Daily Voice reported.