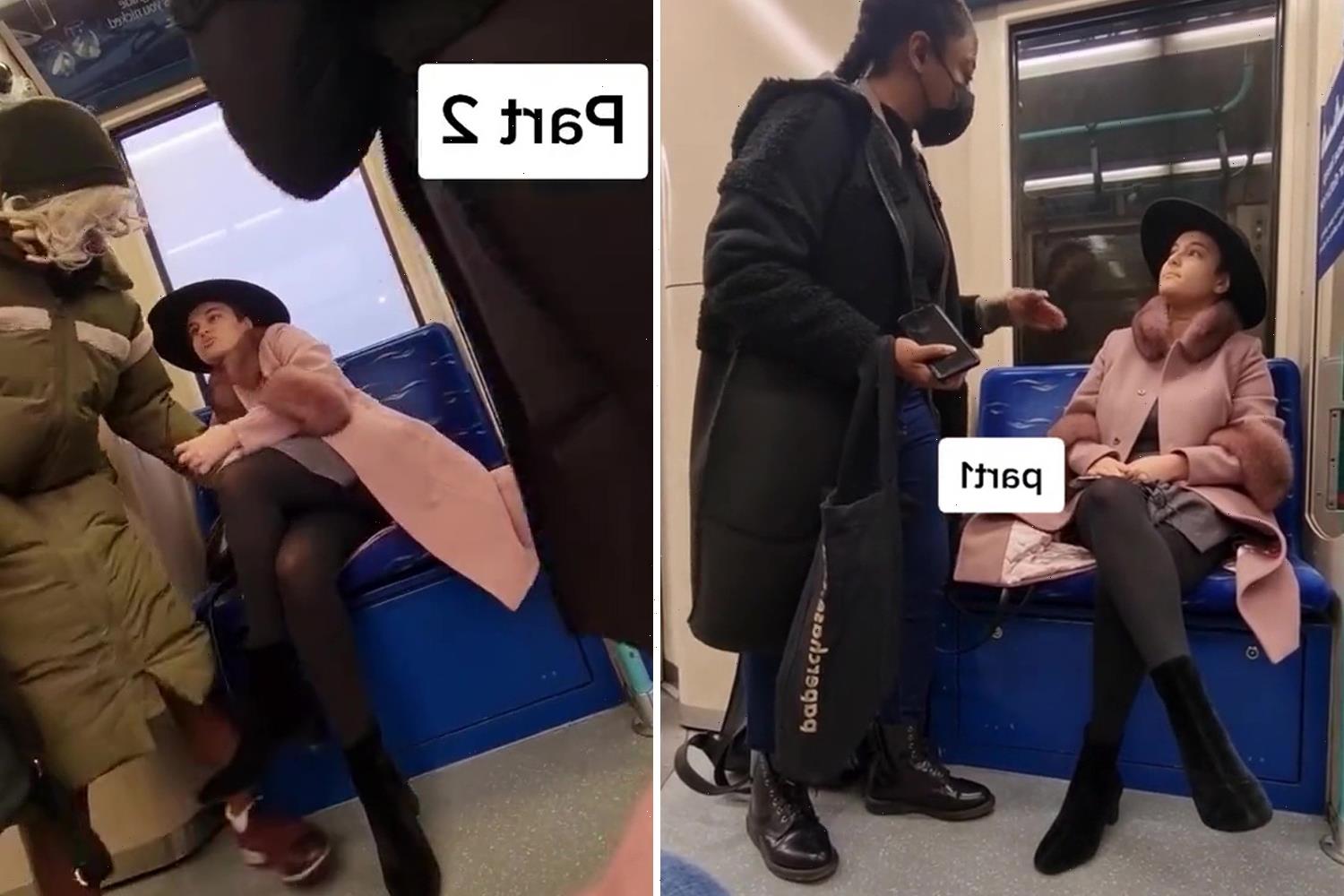 A MASK row broke out between commuters on a train after one passenger refused to let others sit on a seat next to her.

Three women were locked in a brawl after one passenger, wearing a black hat and pink coat, refused to move her bag to let anyone else sit down on the Tube. 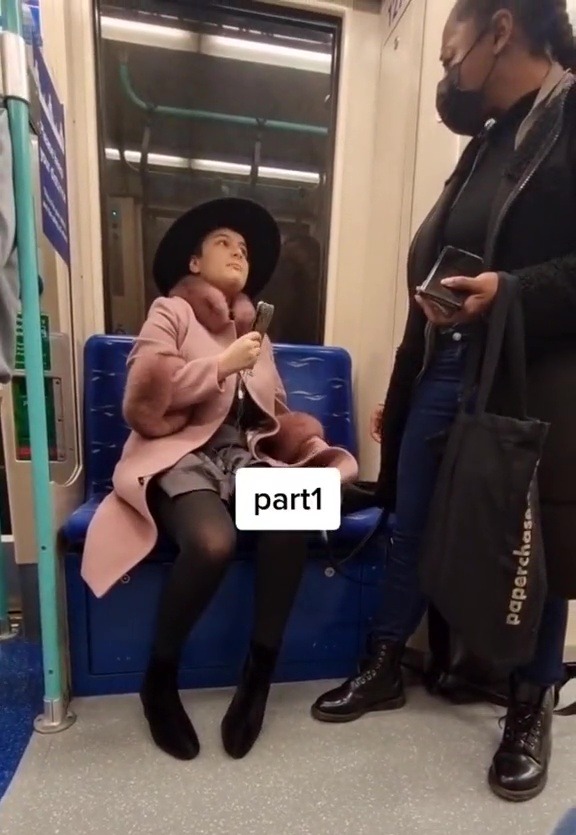 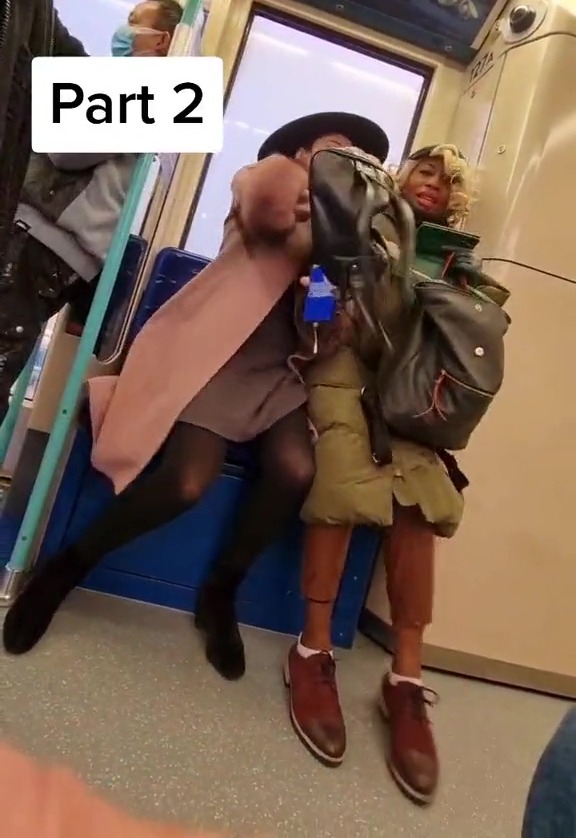 At one point during the bizarre altercation, a third woman forced her way into the seat despite the pushing and kicking from the pink-coat lady.

She then jumped up shouting about how she was exempt from wearing a mask – with the blonde woman responding: "I'm exempt as well."

The row started when the second woman, wearing a black coat, tried to sit on the Tube seat.

But the seated passenger said: “What is wrong with you? Did you just come out of cave?"

The standing passenger wearing a black coat argued back saying: “Out of a cave?

“Are you actually going to put your hands on me over a seat on a train that I have paid for today?”

The pink coat-wearing passenger then said that she is technically vulnerable – and does not need to give up the seat next to her for safety reasons.

The stunned passenger standing looked around the train in disbelief at what was happening.

The woman sitting down told the passenger on the DLR to London City Airport in the capital to "stay away" from her.

Frustrated, the woman standing picked up her bag and left the area.

But the video then showed the second woman returning as a third passenger got involved in the bizarre Tube showdown.

As the standing passenger started filming the ordeal, the pink-coat woman said: “Are you harassing me? Don’t film me!”

The row escalated as a blonde woman then picked up her bag and forcefully sat in the seat next to her.

The horrified woman then leap up and displayed a card as she exclaimed: “I am exempt and you do not wear a mask.”

The blonde woman answered back saying she is exempt as well – and said that the card is saved on her phone.

She then continues to stand and started arguing with the women – saying none of them are wearing a face mask and they touched her property without permission.

She can be heard saying: “You guys should be socially distancing when someone is exempt, you shouldn’t be sitting right next to them.”

The woman blamed the passengers, like the ones who took the seat next to her, for new virus strains emerging.

Other train commuters were divided over who was at fault

Ayat said: “Anyone on the side of the pink coat woman needs a reality check.”

“She’s well-spoken and polite, obviously distressed and got a valid point.”

While another added: “Why are people arguing like it’s a Nintendo game?

“Somebody wanted to sit down and someone was making rules on a train that does not belong to her.”

From 4am on Tuesday face coverings were made a legal requirement in shops and on public transport.

Brits can be fined if they do not wear face coverings on buses and trains – but some people are exempt. 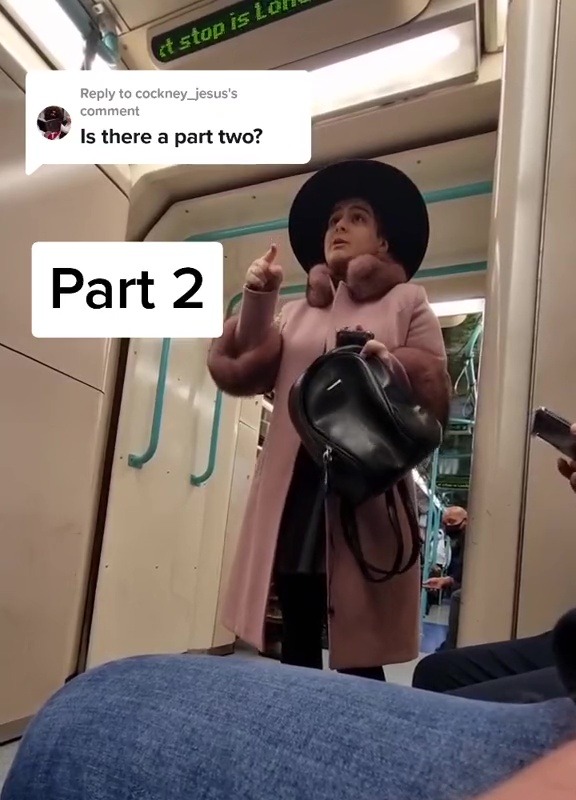 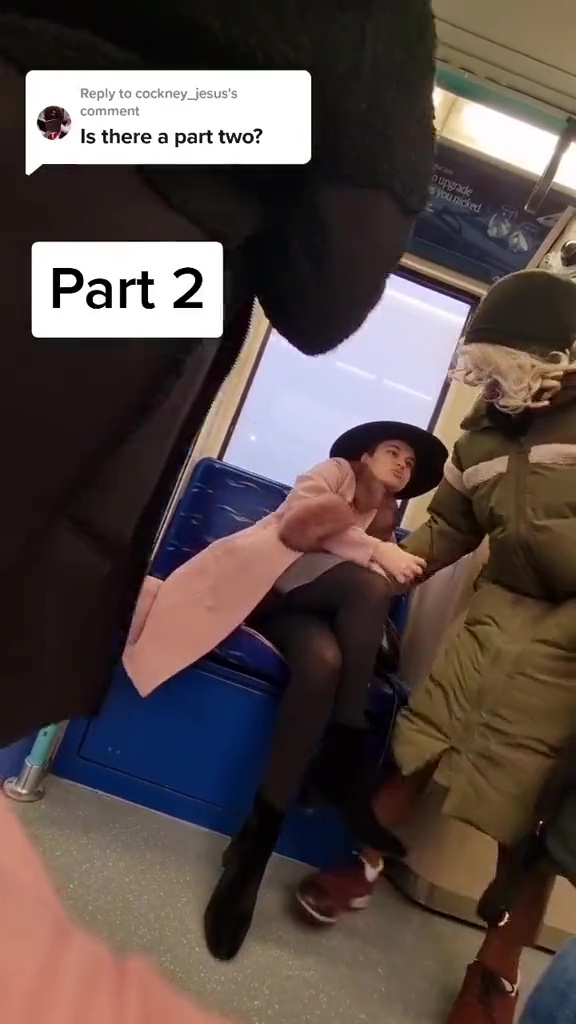