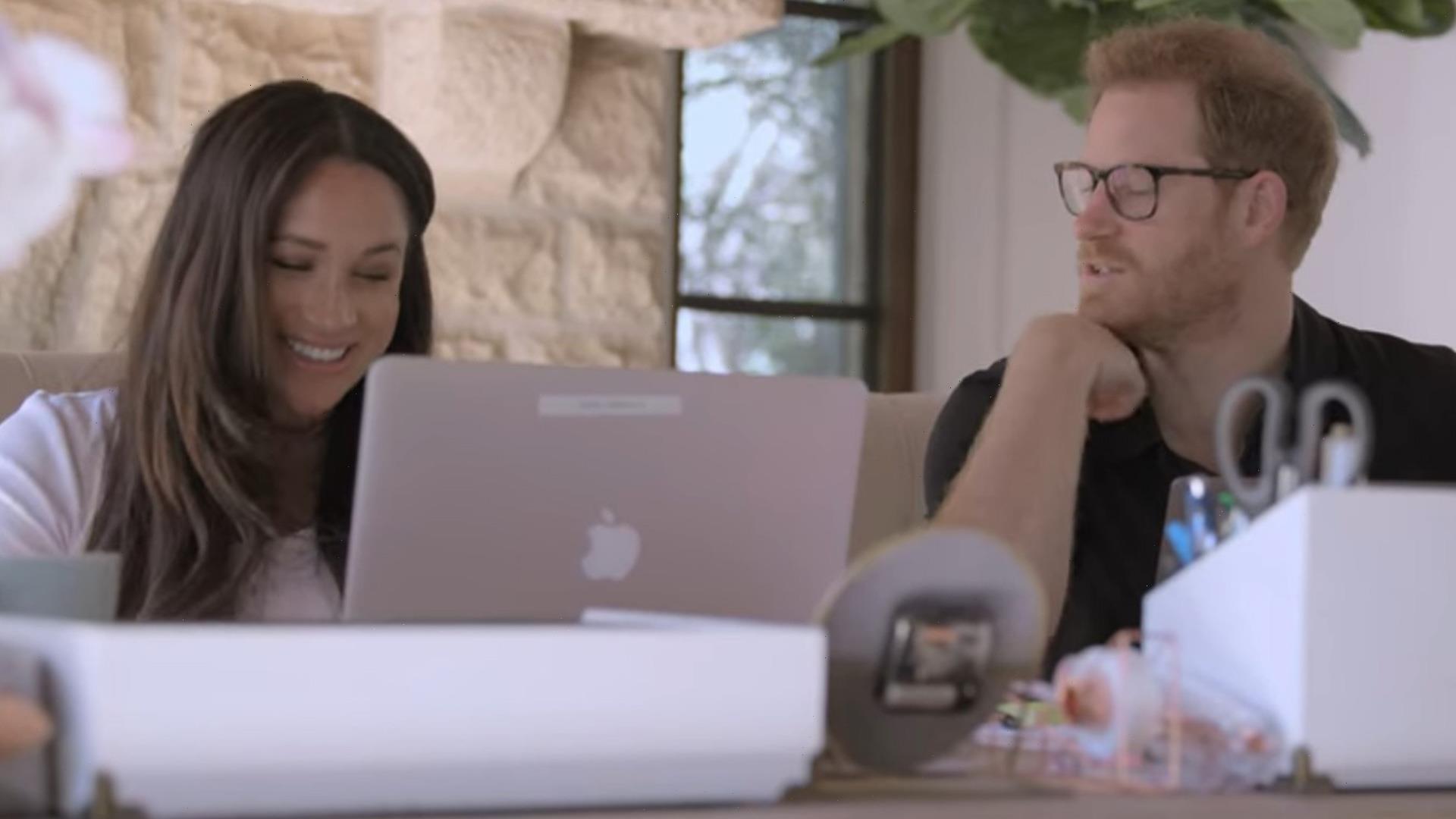 NOTHING the Royal Family can say or do will ever be enough for the woke revolutionaries, the hard-Left ideological storm-troopers who have taken over so many of our institutions and brainwashed our children.

To them, Britain, like the rest of the Western world, is and will always remain an institutionally racist, patriarchal and oppressive country, with a hideous, imperialistic past and no possibility of redemption. 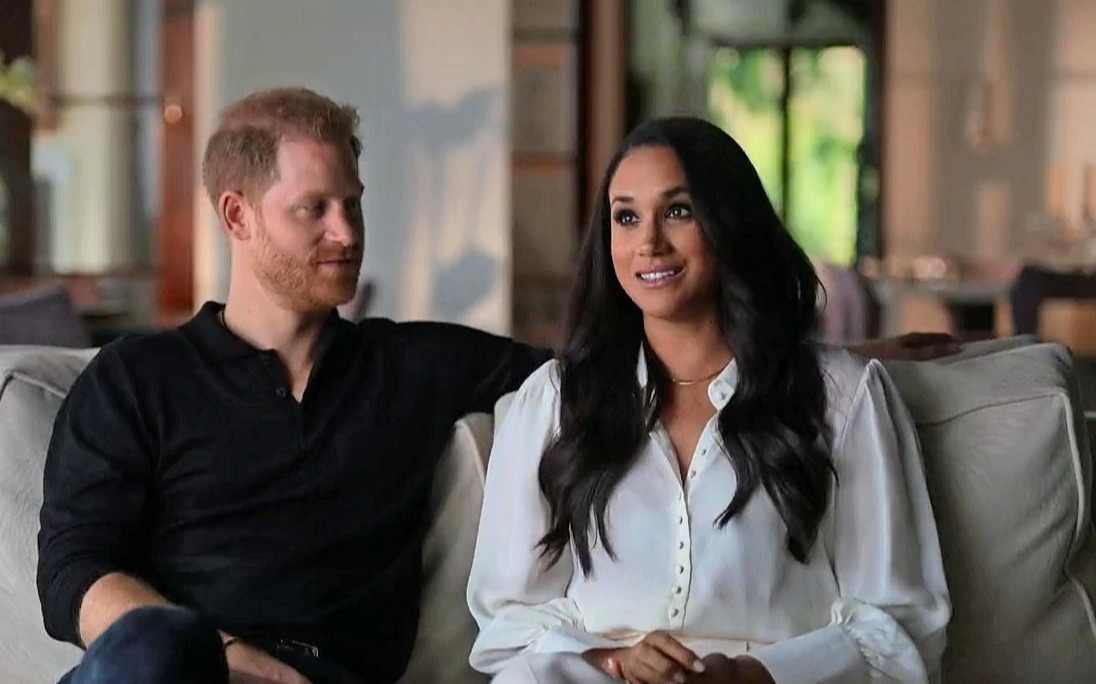 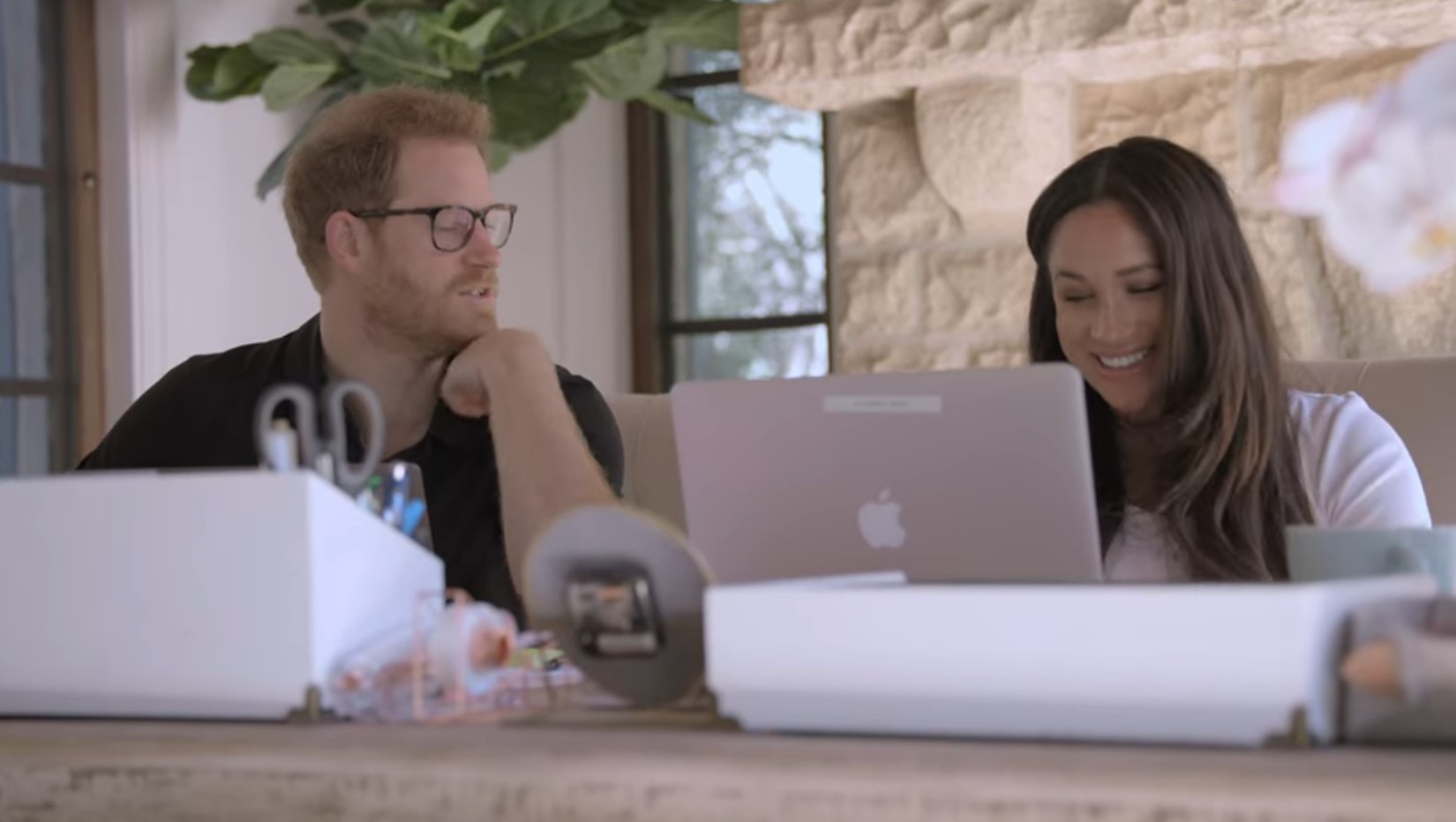 The Royal Family, at the apex of the Establishment and at the heart of our island story, embodies “white privilege”. It must automatically be guilty of all of these sins, and more.

This insulting, infuriating narrative has been given a massive boost from an unlikely source.

I wish the Duke and Duchess of Sussex no ill will. I was delighted at their marriage, and hope that they can build a happy life together in America.

But their Netflix “documentary” is an egregious betrayal — it weaponises the anti-Western, anti-British woke ideology for personal gain. 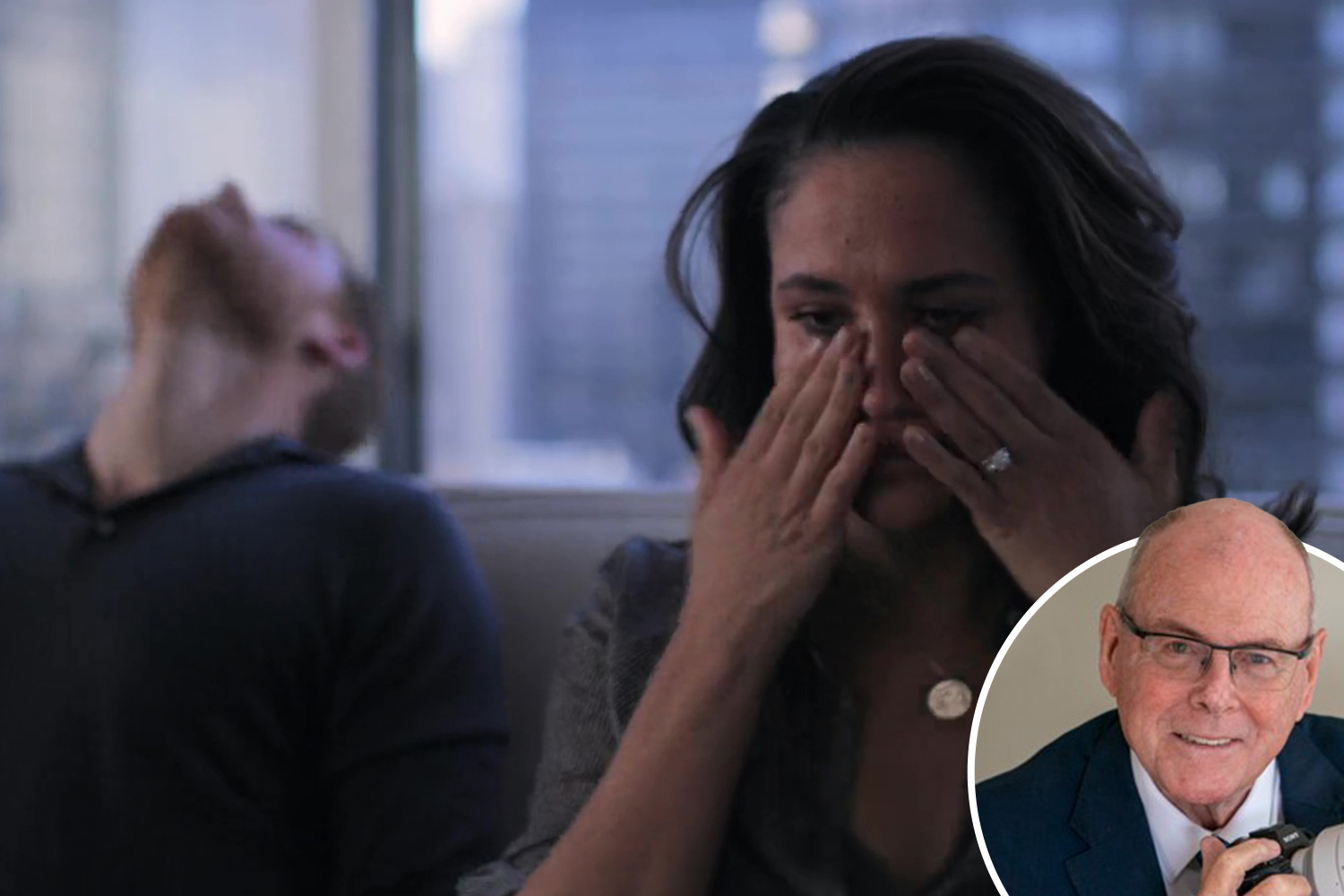 Harry and Meghan moaned about life — what do they know about daily struggle? 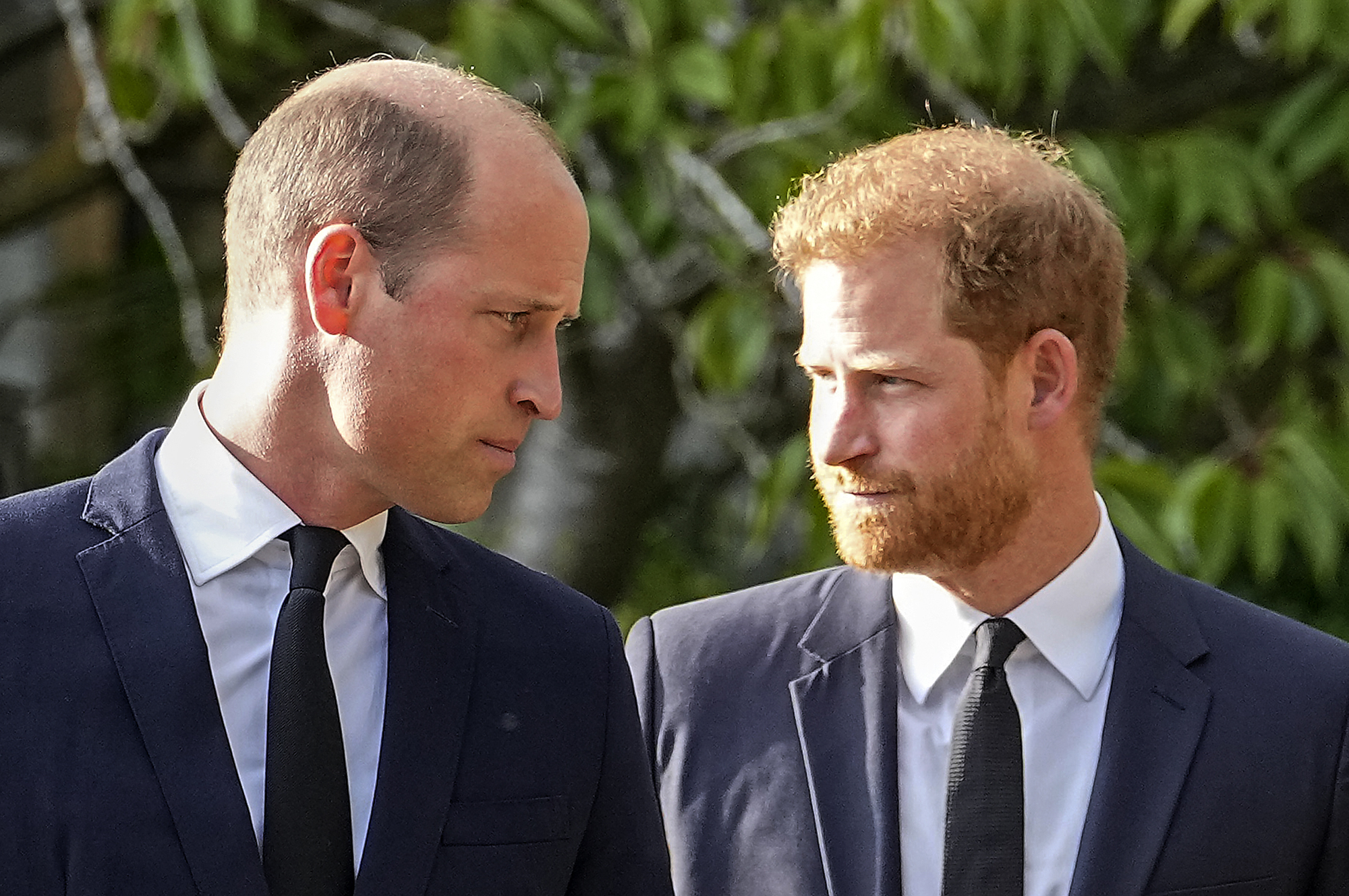 In its bid to settle scores against the Royal Family, the series wrongly depicts Britain via the warped prism of this unpleasant dogma, making an entirely spurious link between Brexit and Megxit, claiming royal palaces are filled with racist art and traducing the Commonwealth.

The Sussexes have completed their transition to political activism, taking the side of far-Left demagogues in an ongoing culture war dedicated to undermining not just the monarchy but also Britain’s international reputation as a land of individual rights, the rule of law, free speech, tolerance and prosperity.

Just as the republican movement was at a low ebb, it is being reinvigorated by a novel rationale, with the monarchy caught by surprise.

Many older readers will dismiss the programmes as typical Hollywood nonsense, inappropriately seeking to transpose meaningless American psycho-drivel into a different context.

They will be angered at the way the Sussexes are treating the King and Queen, and the Prince and Princess of Wales, and deeply saddened at Prince Harry’s tragic rupture with his father, brother and country.

But for the growing number of viewers in the UK and abroad exposed to Critical Race Theory and conditioned to believe that all Western countries continue to oppress minorities, this narrative makes intuitive sense.

They will naturally believe that Harry and Meghan were made to feel unwelcome by xenophobes, and that the monarchy and Establishment continue to be guilty of “unconscious bias” and “systemic racism”.

The damage caused to Britain’s reputation by their unfair and unwarranted attack cannot be minimised.

Many young people buy into this world-view. In a Policy Exchange report, Eric Kaufmann shows that under-26-year-olds are evenly divided about whether or not to cancel JK Rowling or remove Churchill’s statue from Parliament Square.

It is no coincidence that support for the monarchy is much lower among young people, and that they are much more likely to take the side of the Sussexes in the present dispute.

They are growing up believing that our institutions, monarchy and history are entirely deplorable, and ripe for destruction.

This is exactly what the woke extremists were hoping for. To Karl Marx, religion was the “opium of the masses”, distracting them from revolting. To “progressives” in today’s world, the people must be weaned from patriotism and from their attachment to traditional institutions such as the family, the nation and the monarchy, if they are truly to undergo their own “great awakening”.

Yet the King was years ahead of his time in realising that Britain was changing as a result of mass migration, and in understanding and embracing anti-racism.

His approach correctly came from an evolutionary liberal-conservative perspective at odds with the revolutionary, authoritarian woke world view.

He wants to be the monarch of every citizen, regardless of race or faith; he seeks to update an institution at the heart of what it means to be British, not to wreck it.

The King wants to unify; the woke seek to divide.

His Coronation oath, in which he will pledge to be “Defender of the Faith”, will not change, but it is expected that a form of words will be added to extend his commitment to other faiths, in addition to the established Church. This is how a resilient, small-C conservative institution is supposed to work, gradually updating itself for changing conditions while preserving all that is important.

None of this will cut any ice with the revolutionaries, who will dismiss it as irrelevant, and accuse anybody who disagrees of “false consciousness” and “microaggressions”. But they can’t triumph as long as the British love their monarch and their country, hence the need to delegitimise both.

One trick is to turn our strengths into weaknesses. Britain was a pioneer of capitalism and the Industrial Revolution, helping to liberate the world from squalor, but we now stand accused of ruining the environment and having to pay reparations for climate change, a Kafkaesque absurdity.

The UK invented individual liberty and fairness, thanks to Magna Carta, the Bill of Rights, the independent judiciary, the common law and the emergence of private property, but all of these are dismissed as fake freedoms.

Britain led the fight against the slave trade, but the fact that the UK once tolerated this evil institution — in common with almost every other society since the dawn of time — is apparently all that counts.

Yet all countries and societies were barbaric once. Slavery, exploitation, rape, racism, ableism, misogyny, invasions, cruelty, disease and poverty used to be the norm everywhere, for millennia.

Human life was nasty, brutish and short. The British committed many atrocities and errors, and 19th-century classical liberals were right to be anti-imperialist, but it is simultaneously true that the British Empire ended up less bad than all other contemporary empires.

The point that truly matters is that Britain broke away from its terrible past faster than almost everybody else and today, while still imperfect, it is a country where remarkable progress has been made to combat racism and other prejudice. The Sussexes have sadly fallen into a woke vortex.

I paid £2.2k for Turkey teeth…it wasn’t worth it, I’m in pain months later

But Britons of all races and faiths can be proud of their country, and must stand up to the onslaught from those who seek to do it down.