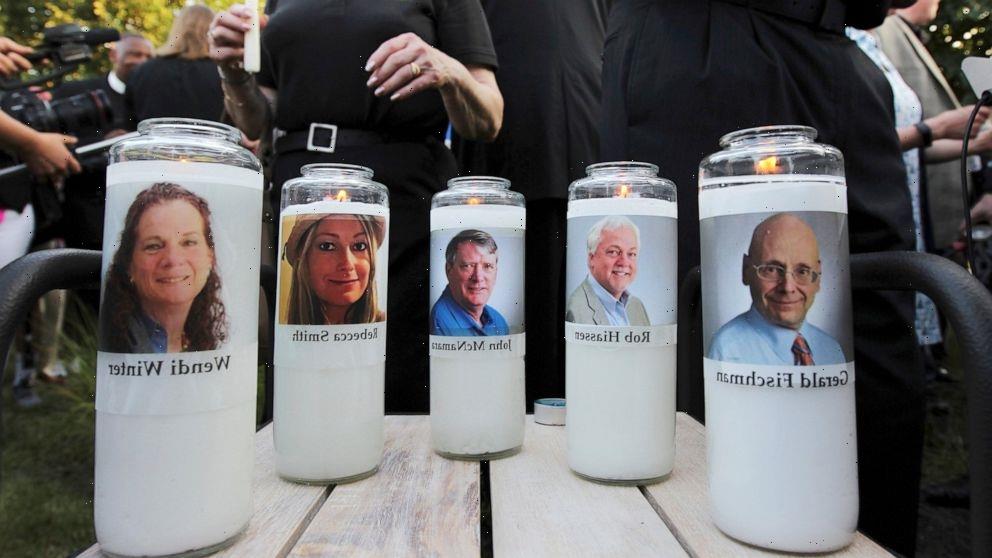 ANNAPOLIS, Md. — A memorial in remembrance of the five people who died in a mass shooting at a Maryland newspaper is being dedicated on Monday, the third anniversary of the attack.

Friends and family are scheduled to attend the event at an Annapolis park, along with local officials. Author and journalist David Simon is expected to attend.

A memorial titled “Guardians of the First Amendment” will be dedicated at the event. It includes five pillars to represent the five lives lost in the shooting. Gerald Fischman, Rob Hiaasen, John McNamara, Rebecca Smith and Wendi Winters died in the attack.

The memorial includes a rounded brick edifice, which will hold a panel showing the First Amendment.

Gunman Jarrod Ramos pleaded guilty to all 23 counts against him in October 2019, but he says he’s not criminally responsible due to mental illness. A jury has recently been selected to determine whether Ramos should be sentenced to prison or committed to a maximum-security psychiatric hospital.