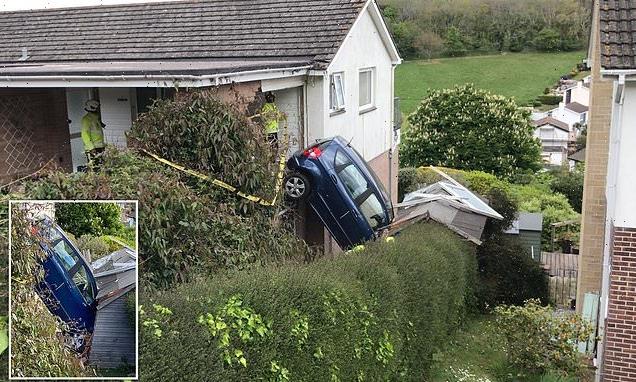 You thought your parking was bad! Mercedes driven by woman, 88, crashes through wall outside her home and lands on top of shed in garden below

A car driven by an elderly woman was left suspended in between her house and a neighbouring garden after it crashed through the wall of a first floor car port.

The blue Mercedes landed headfirst into a shed below, while its rear end remained propped up by the drivers house.

The driver, an 88-year-old woman, was safely removed by the fire brigade.

After stabilising the vehicle using v-struts, a winch and strops, chocks, a triple extension ladder, and small tools, fire crews managed to extricate the driver. 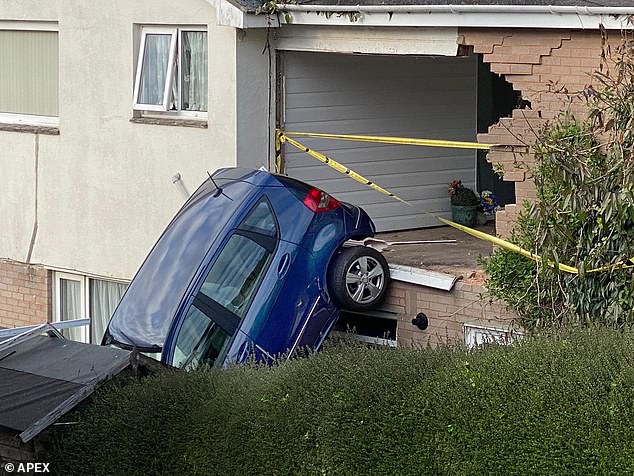 The driver of the blue Mercedes, an 88-year-old woman, was safely removed by the fire brigade 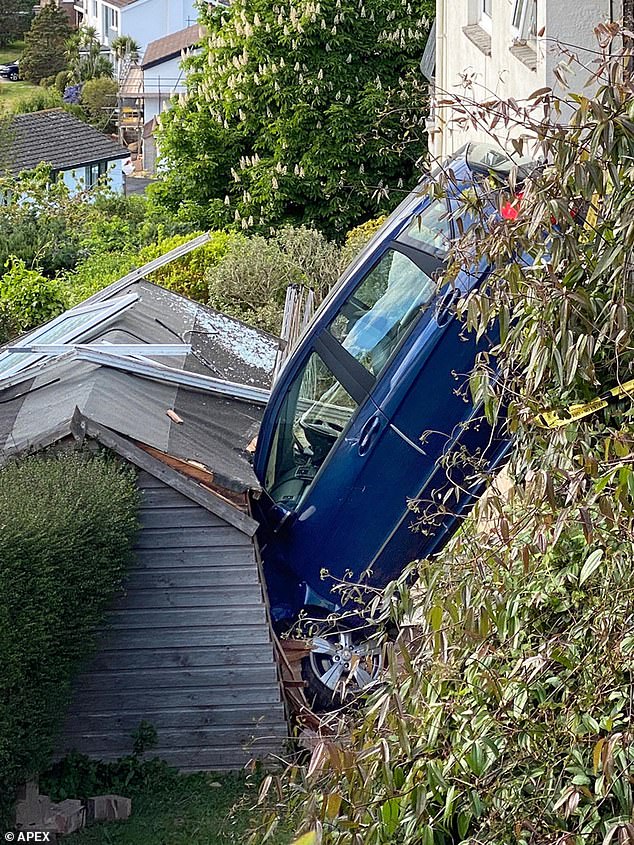 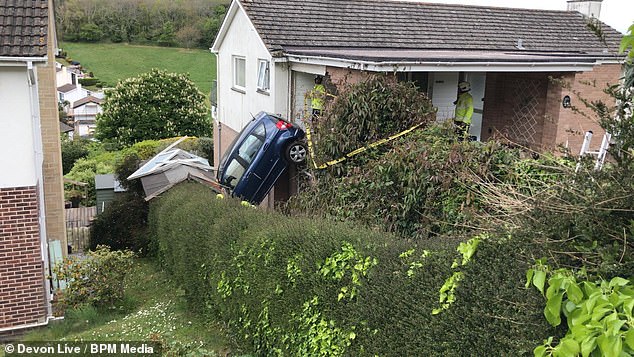 Neighbours said the driver of vehicle had lived at the address for 40 years.

One said: ‘She is very independent. She’s lived there for about 40 years and she’s always up and down to the shops.’

Devon and Somerset Fire and Rescue crew manager Josh Caunter said the driver of the Mercedes was in the vehicle when they arrived on Wednesday. 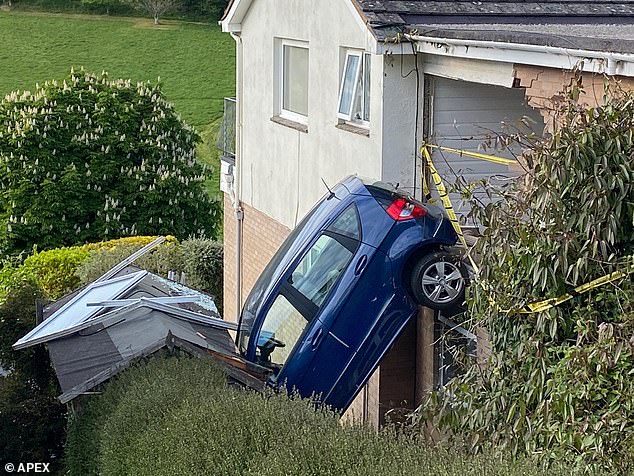 Neighbours said the driver of vehicle had lived at the address in Torquay, Devon, for 40 years 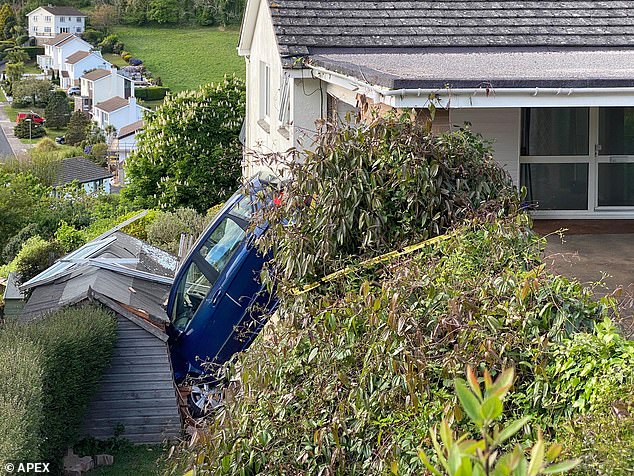 The woman was ‘assessed by paramedics’ following the crash, according to a representative from Devon and Somerset Fire and Rescue

He said: ‘We safely extricated her from the vehicle by removing the driver’s door and assisting her down a ladder.

‘The vehicle was an automatic Mercedes.

‘The driver is aged 88 and she is being assessed by paramedics inside now. We have made the vehicle safe and sectioned off the car port.’