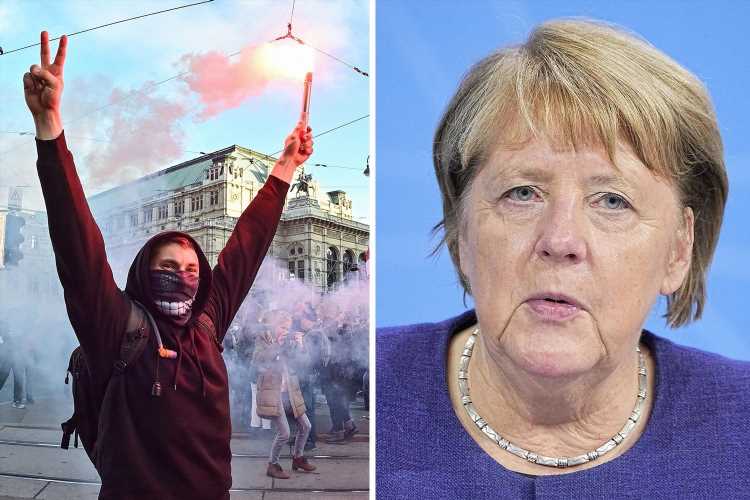 ANGELA Merkel has warned Germany's Covid nightmare is "worse than anything we have seen" as three countries in Europe are plunged into lockdown.

Germans have been told they will be "vaccinated, cured or dead" from Covid by the end of winter, as Austria took the dramatic step of returning to a lockdown. 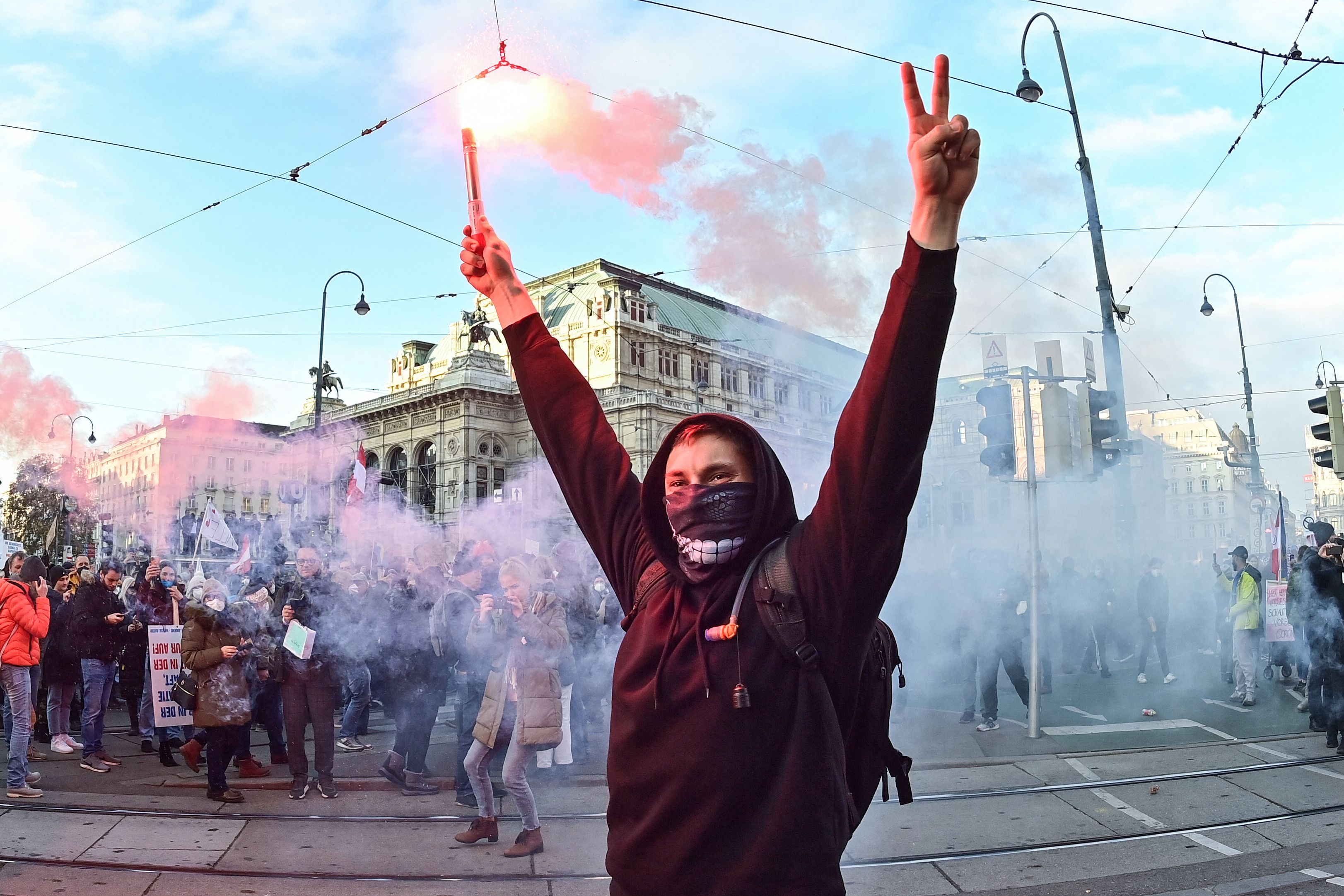 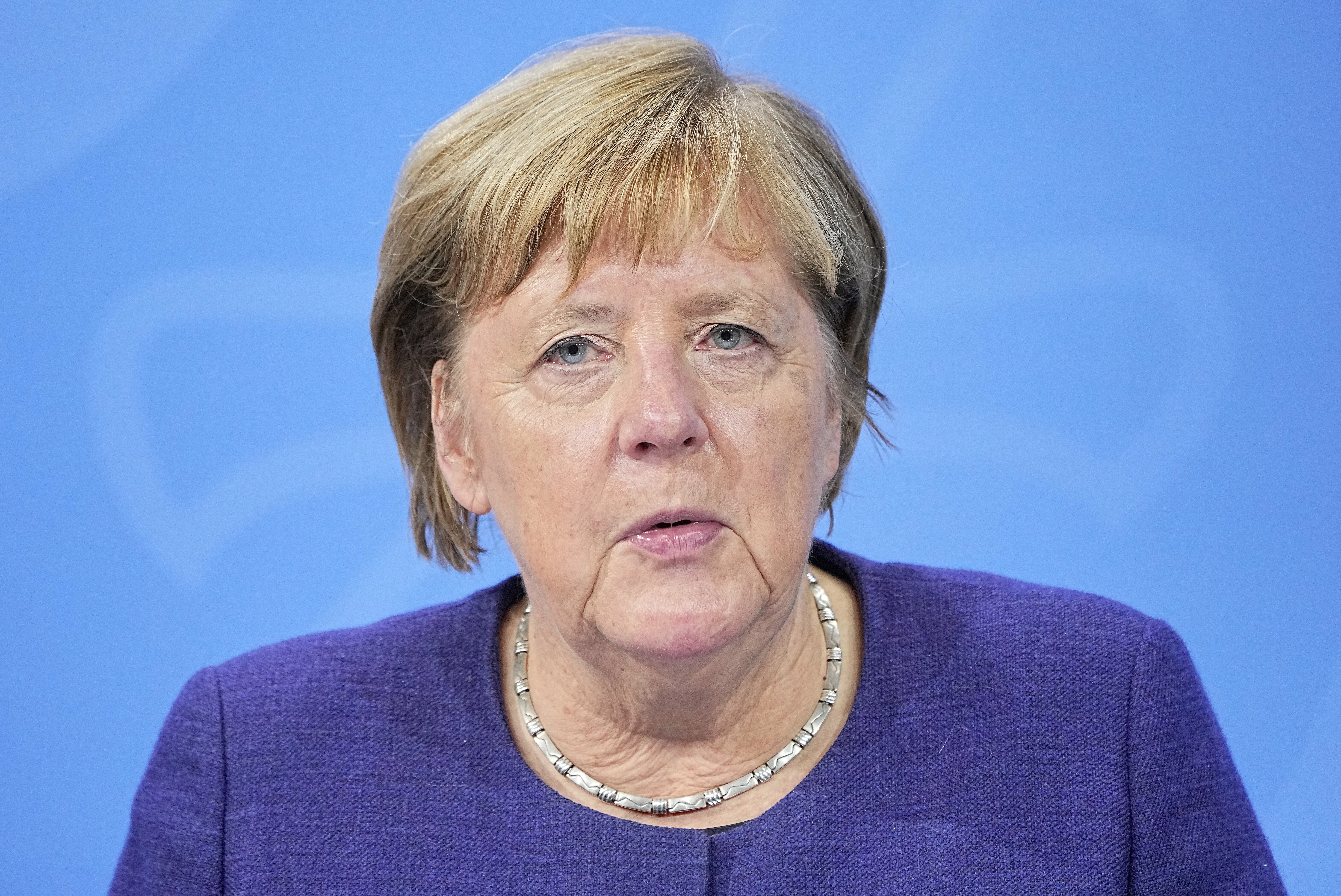 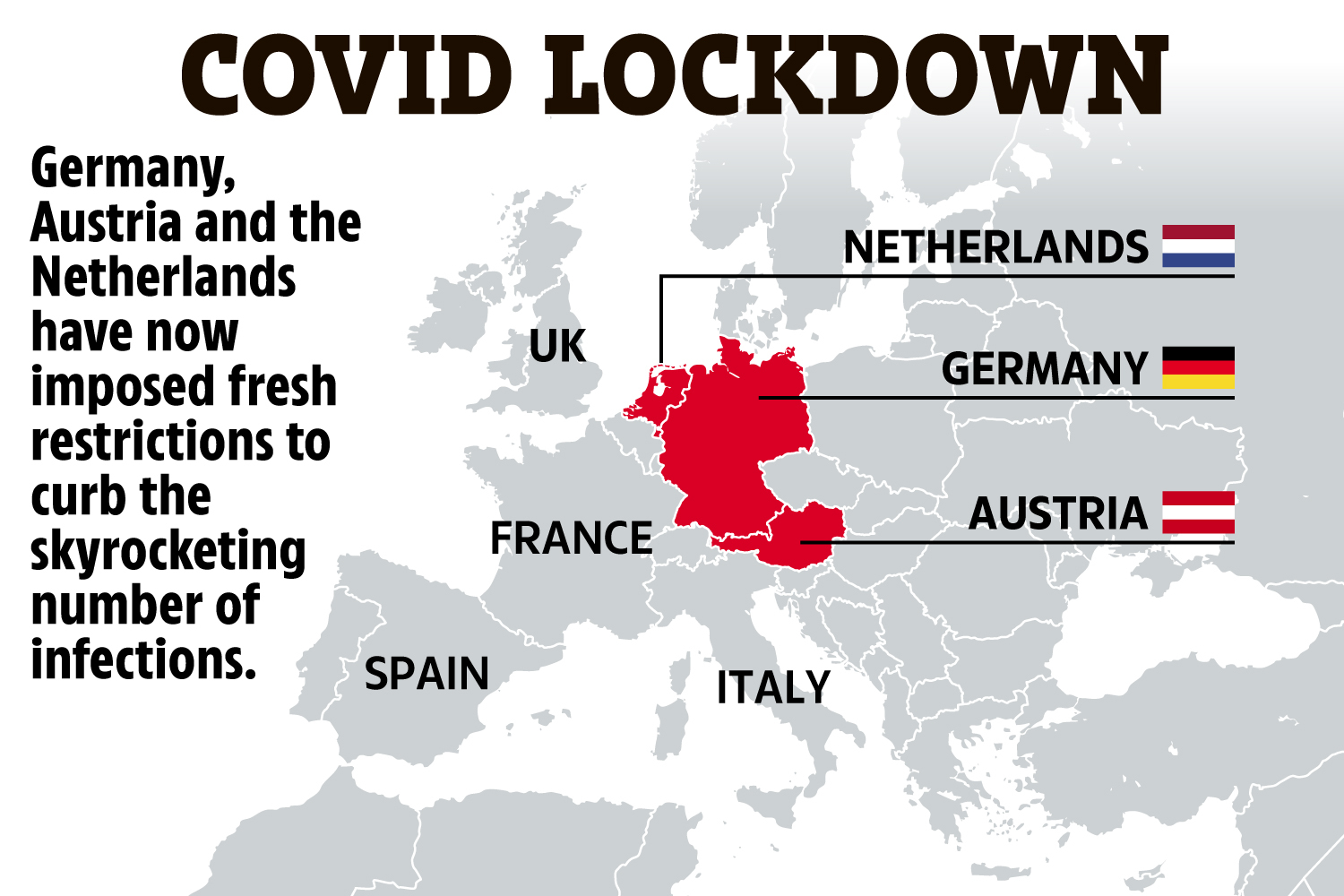 Europe's fourth wave of the pandemic has been blamed on the slow vaccine uptake in some nations, the contagious Delta variant and the colder weather meaning people are gathering inside again.

Germany, Austria and the Netherlands have now imposed fresh Covid restrictions to curb the skyrocketing number of infections.

But Chancellor Merkel warned Germany's current restrictions – including banning the unvaccinated from certain public spaces – "are not enough".

She said new infections are doubling every 12 days, telling a meeting of leaders of her conservative Christian Democratic party: "We have a highly dramatic situation."

According to Bloomberg, Merkel said the latest surge in infections is "worse than anything we have seen".

She warned hospitals would soon be overwhelmed unless the wave of the infections is broken, and called on Germany's 16 states to introduce more restrictions to curb the rising cases.

With just 68 per cent of the population fully vaccinated, German Health Minister Jens Spahn has urged more citizens to get the jab.

He warned: "Probably by the end of this winter, as is sometimes cynically said, pretty much everyone in Germany will be vaccinated, cured or dead."

Spahn added: "Immunity will be reached. The question is whether it’s via vaccination or infection, and we emphatically recommend the path via vaccination."

Germany reported 30,643 new cases of Covid on Monday and 62 deaths.

The country's worst-hit regions have ordered new shutdowns, including the closure of Christmas markets in Bavaria and Saxony.

The Bavarian state government said bars, clubs and restaurants will be closed in any district with soaring Covid incidence rate of over 1,000 per 100,000 people.

And Söder warned about 90 per cent of Covid hospital patients are unvaccinated, adding: "Being unvaccinated is a real risk."

New rules in the state mean the unvaccinated will not be allowed to visit places such as hairdressers or universities, and there will also be restrictions on the number of people they can meet.

The Czech Republic and Slovakia have also banned unvaccinated people from pubs and services after a surge in cases, with most of the patients in ICU not fully jabbed.

The restrictions mirror those in Austria, which has imposed a partial lockdown, shuttering shops, restaurants and festive markets from Monday – the most drastic restrictions seen in Western Europe for months.

People will not be allowed to leave home unless they are going to work, shopping for essentials and exercising.

The nation is also planning to impose a vaccine mandate from February 1, one of few places in the world to so far to announce such a move.

The Netherlands returned to a partial lockdown earlier this month, with the government ordering restaurants and shops to close earlier and banning spectators from major sporting events.

Supermarkets and non-essential retailers were also told to shut earlier earlier, social distancing measures have been reimposed, and cafes and nightclubs have to close at 8pm.

Tens of thousands of demonstrators took to the streets in European cities at the weekend to protest stricter Covid rules, with anger boiling over in some places.

At least 130 people were arrested in the Netherlands over protests that began in Rotterdam on Friday, sparked by a Covid curfew, and spread to cities across the country. Several police officers were injured.

In Brussels on Sunday, officers fired water cannon and tear gas at protesters.

Police said the demo against a ban on the unvaccinated from venues such as restaurants and bars was attended by 35,000 people.

And in Denmark this weekend, around 1,000 demonstrators protested government plans to reinstate a Covid pass for civil servants.

A crowd of 40,000 marched through Vienna on Saturday shouting "dictatorship", while some 6,000 people protested in the city of Linz on Sunday. 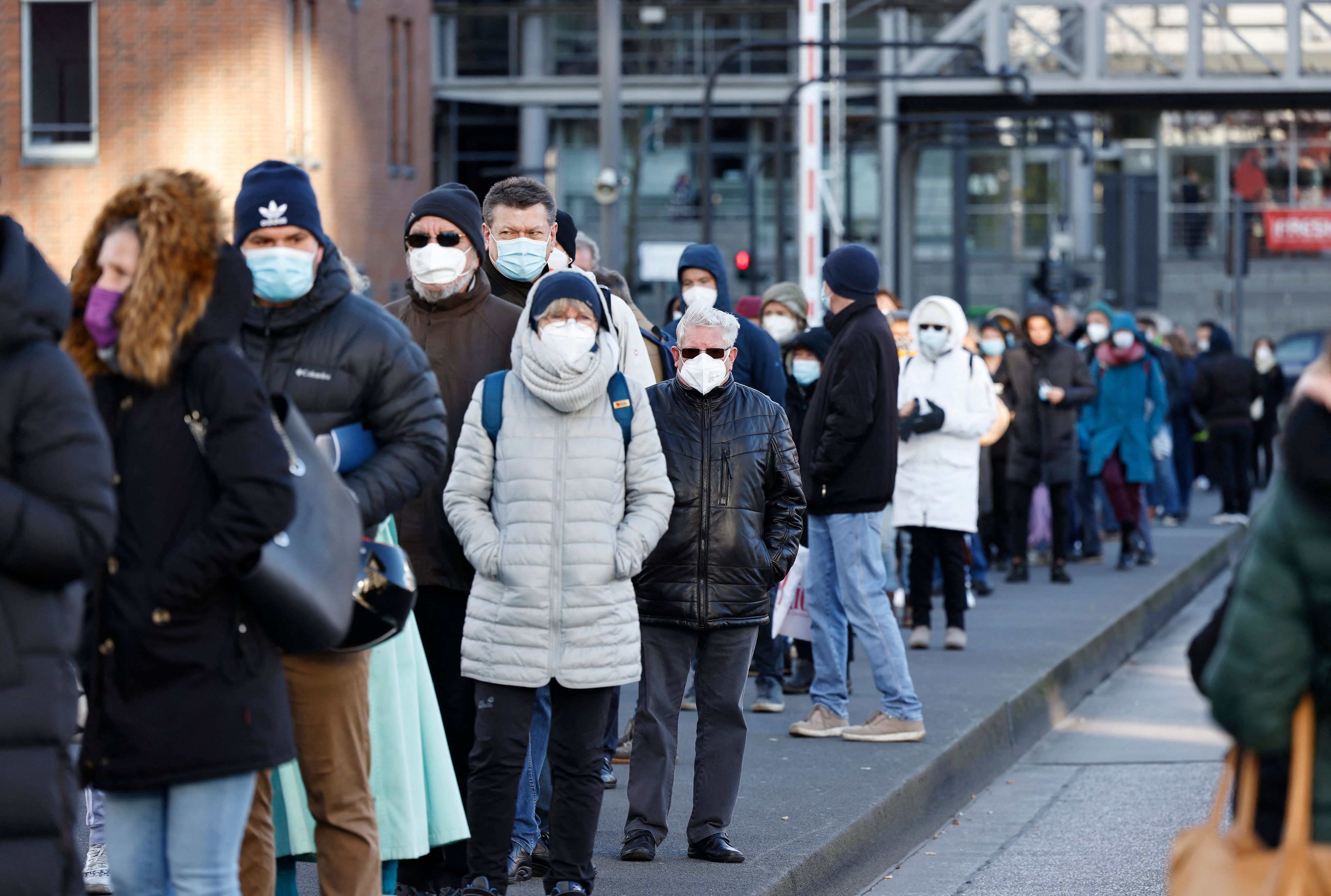 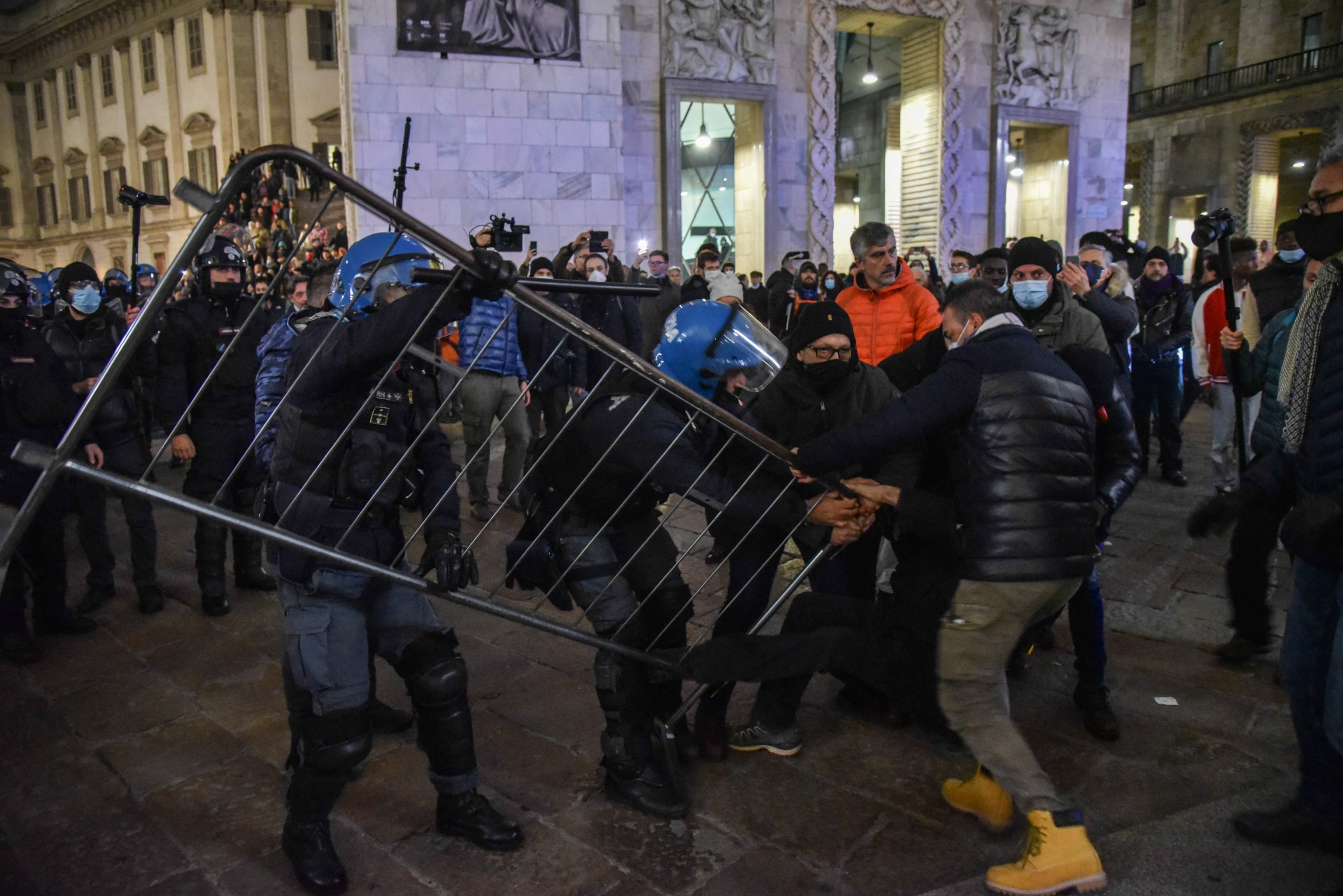