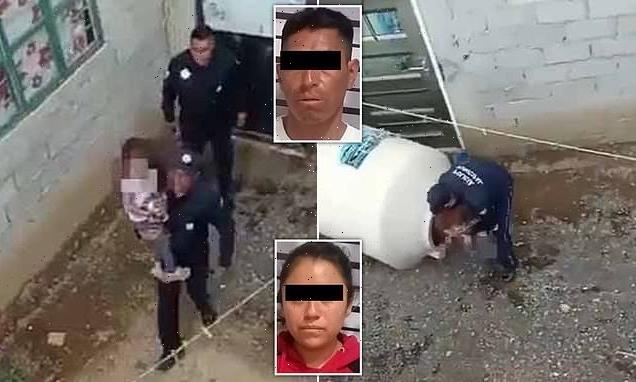 Shocking moment three-year-old girl is rescued from a water tank in Mexico after her own mother dumped her inside: Neighbors heard her cries for help

This is the heartbreaking moment a three-year-old girl was rescued from a water tank by Mexican cops after her mother and stepfather dumped her inside.

Neighbors in Chalco, State of Mexico, called the police after hearing the terrified toddlers cries for help.

Video shows the moment officers arrived at the home and climbed down into the backyard where the five foot tank was sat upright and exposed to the elements.

The footage shows one of the agents run over to the tank and look inside before gently lowering it to the ground.

The Attorney General of Justice of the State of Mexico reported that the little girl was ‘crying and asking for help.’

An officer then pulled the crying child out, who told the officers ‘my parents left me.’ 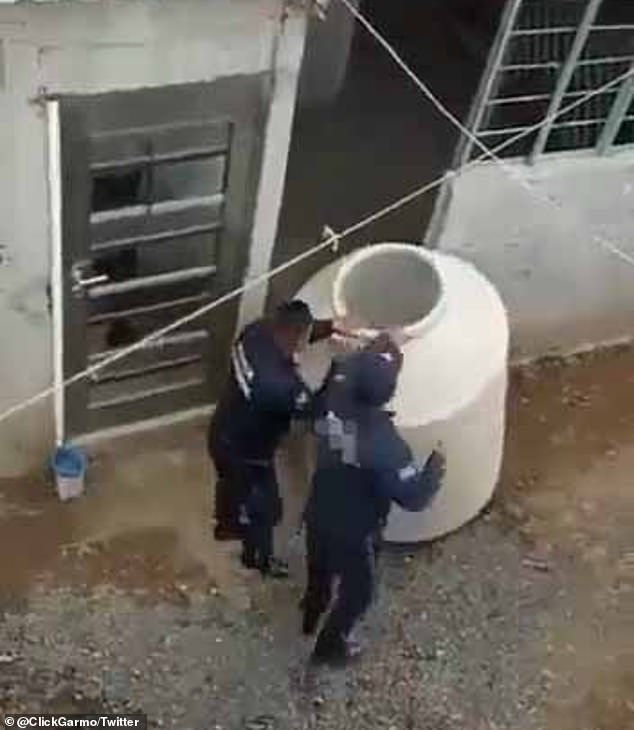 Neighbors in Chalco, State of Mexico, called the police after hearing the terrified toddlers cries for help. Video shows the moment officers arrived at the home and climbed down into the backyard where the five foot tank was sat upright and exposed to the elements 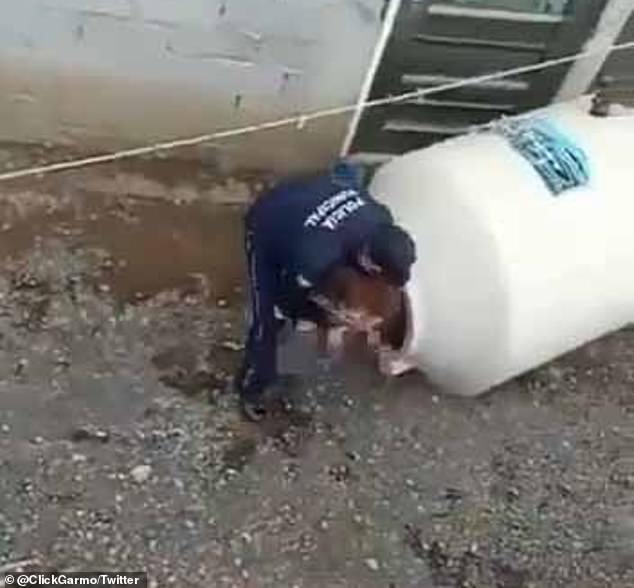 A  cop with the Chalco Municipal Police in Chalco, Mexico, helps a three-year-old girl out of an empty water tank she was placed in Wednesday by her mother and stepdad who left her behind while they went to buy gas 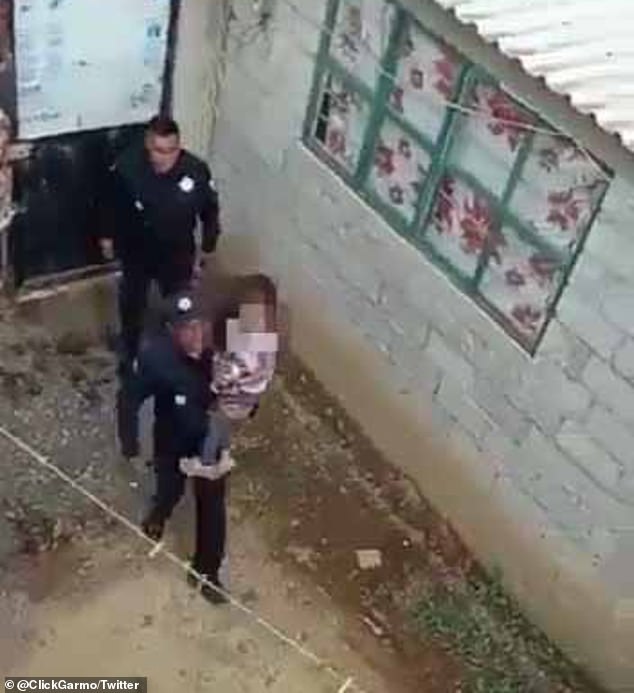 A police officer carries the three-year-old girl after he and his partner rescued her from an empty water tank in the backyard of her home in Chalco, Mexico, on Monday

The child grabbed a plush toy that kept her company while she trapped in the tank and walked away with a police officer to a gate before the agent carried her away.

The girl was found to be in good health and didn’t show any bodily injuries.

The girl’s mother, María Lucila, and stepfather, Javier, were taken immediately taken into custody after they returned home.

The defendants were booked on a domestic violence charge and are being held at a Chalco prison.

The couple were each offered a $245 bond as part of their conditional release.

They admitted to having left the girl inside the water tank for about 15 minutes.

It is not clear why they left her inside but they said they were not able to take her to work. 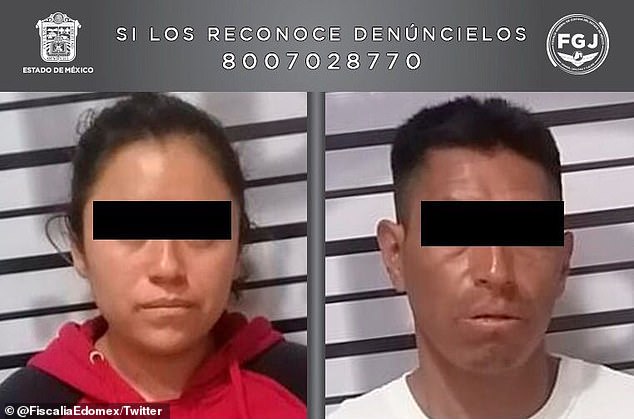 María Lucila, and her partner, Javier, admitted before authorities that they left her three-year-old daughter inside the empty water tank in the backyard of their State of Mexico home because they couldn’t take her with them when they went to purchase gas in their motorcycle Wednesday 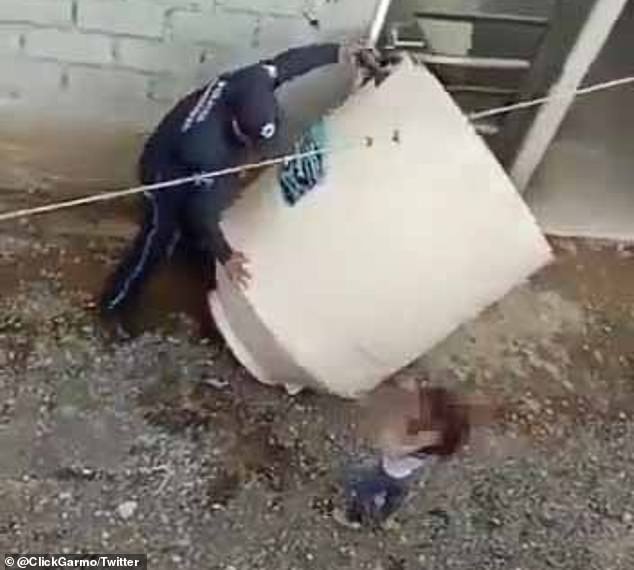 The local child protection agency is looking after her welfare while her mother’s and stepfather’s legal situation is resolved.

‘It is a psychological situation. They are taking care of her constantly,’ Chalco prosecutor Carmina Gutiérrez said, as quoted by El Gráfico newspaper.

Gutiérrez added that a psychologist has met regularly with the girl for counseling sessions.

‘She misses her mom a lot. She is a girl that is only three years old,’ she said. ‘So, like any minor, she misses her mother despite doing what she has done.’