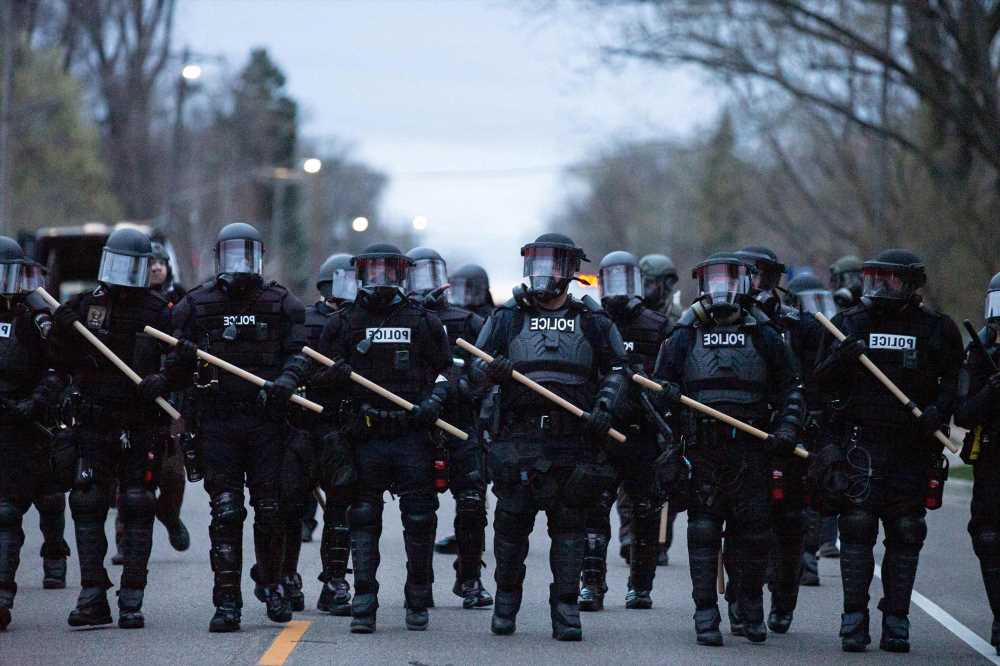 Minneapolis update: Back to ‘Murderapolis’

“With the gigantic outpouring of global attention” to the George Floyd case, Michael Tracey argues at his Substack newsletter, “it would be foolish to not also notice the comparatively minuscule attention that other instances of unjust killings receive.” Violence in Minneapolis has “vastly increased since last summer’s protests and riots,” with 2020 setting the second-worst homicide year on record, “after only 1995, when the city was ignobly dubbed ‘Murderapolis.’ ” The trend continues this year, and notably, “more than 80 percent of the shooting victims in 2020 were black.” Cops blame a political climate that “has allowed perpetrators to wreak havoc without consequence,” and “regular citizens (including nonwhites) often have a similar perspective.” As one older man put it to Tracey, “I don’t know what fool would think about defunding the police. . . . Because once you do that, who’s gonna protect you?”

President Biden’s speech last week “made clear” that he is using the pandemic as “an excuse” to permanently ram through preexisting Democratic priorities, sighs Reason’s Peter Suderman. He wants to expand Oba­maCare subsidies indefinitely, for instance, and enlarge and make permanent other entitlements. Alas, “big government has already become bigger government, and under Biden it is on track” to grow larger still. The president framed his speech as a “response” to a crisis. It isn’t, but “if he keeps this up, he may leave a new crisis in his wake.”

From the left: Biden’s Vax-Messaging Misstep

As “200 attendees entered the 1,600-person-capacity House chamber spaced apart and wearing masks” for Wednesday’s joint session of Congress, “President Biden missed his biggest opportunity to reduce vaccine hesitancy,” laments physician and former Planned Parenthood boss Leana S. Wen at The Washington Post. There was “most likely no one who has coronavirus,” given all members of Congress are vaccinated,  yet ironclad masking and social distancing continued. Our leaders should be willing to take (very good) “odds . . . to demonstrate the benefit of vaccination to the American people.” At best, the over-correction “makes public-health measures seem performative, rather than science-based,” and “at worst, it calls vaccine efficacy into question.” Biden could “have sent an unequivocal message that vaccines are safe, effective and the key to ending the pandemic. Instead, the American people got a different message, one that could impede the nation’s vaccine progress at a time when we can least afford it.”

Defining the year-old Space Force’s culture is “critical,” urge former GOP House intelligence-committee chief Mike Rogers and his Democratic colleague Glenn Nye at The Hill. Getting it right means “a renaissance in space capabilities”; getting it wrong means “slow-moving ­bureaucracy, byzantine acquisition processes and ceding the metaphorical highest ground to China and Russia.” The newest service branch should embrace both “emerging technology” and its risks. Besides working with the departments of State, Commerce and Transportation, “the Space Force and the intelligence community must work more closely with the commercial space sector,” not just “buying ­capabilities” but “developing critical partnerships” to match “the speed of innovation with the speed of acquisition.” The goal: “nothing less than the establishment of an American-led multilateral order with rules for orbit and other planetary bodies.” It’s “no longer the realm of science fiction,” but “a matter of diplomacy and military fact.”

“Andrew Cuomo could murder thousands of senior citizens in the middle of Fifth Avenue and not lose a single supporter,” fumes Stephen L. Miller at Spectator USA. Despite two major scandals — the nursing-homes debacle and an avalanche of sex-abuse allegations — “Cuomo is going to get away with it all, and he knows it.” And that’s in large part thanks to “a national media still obsessing over the last presidency while ignoring the body count of the New York governor.”