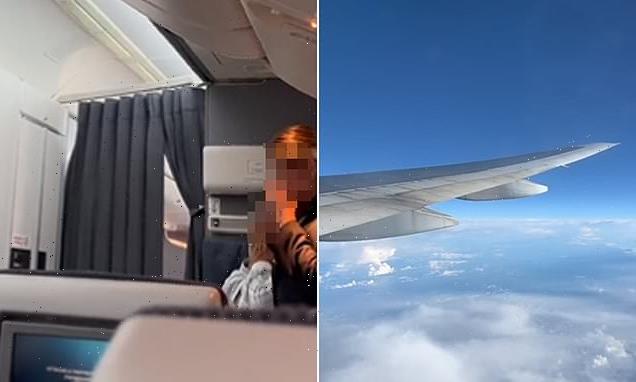 An emotional British Airways air stewardess was left in floods of tears after the Queen’s death was announced 40 minutes before a flight she was working on touched down in London.

The shocking announcement by the pilot can be heard over the plane tannoy in the footage, which also shows a female crew member and a passenger, both distraught and in disbelief.

Passenger Michael Capiraso, 60, captured the moment that the flight was given the devastating news of the Queen’s death while they were travelling from JFK Airport, New York, to London Heathrow on BA Flight 178.

Mr Capiraso, from New York, who posted the video on social media, told MailOnline: ‘It was so surreal, while flying to the UK to take our daughter to the University of Edinburgh, to hear the news from the pilot of the Queen’s passing, and to experience the emotions of the flight crew and the passengers.

‘I will always remember that moment.’

In the video the pilot can be heard saying: ‘Elizabeth, the Queen, passed away earlier today with the family by her side, we have little more information than that at the moment.

‘But I thought I should at least tell you that before you arrive at the terminal as I know many will be very, very sad about this.

‘It will give you some time to reflect, as I say we have 40 minutes to landing. We’ll all be thinking about her family at this time.’ 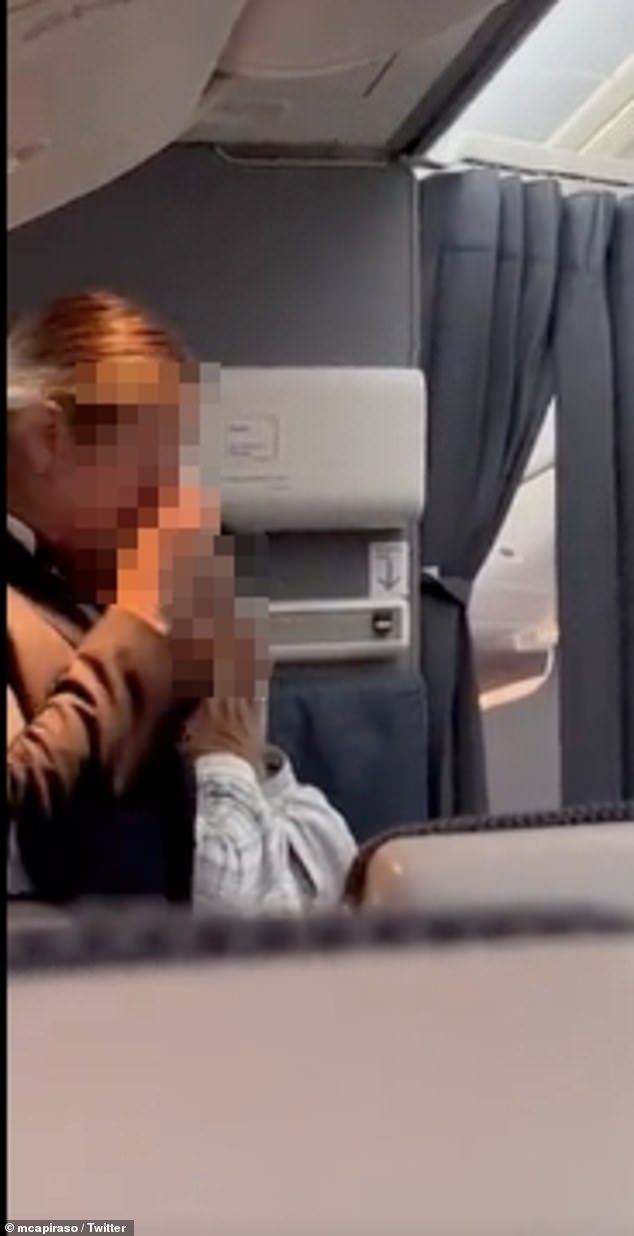 The air stewardess is clearly shocked and devastated by the news as she uses a tissue to wipe her tears.

A passenger onboard is in pure disbelief as she holds her hands over her face as she digests the pilot’s shocking news.

The flight which departed at 7.44am landed at Heathrow at 7.35pm – just over an hour after news broke of the Queen’s death.

Her Majesty’s death was announced at 6.30pm yesterday with Buckingham Palace saying she had died ‘peacefully’ at Balmoral in the afternoon.

Across the world, people were equally stunned by the news that the Queen had passed away, with many sharing the moment of where they were when they heard the heartbreaking news.

The historical moment is something that has swept the nation. While some were on planes, others revealed where they found out about the Queen’s death, including on the London Underground.

One Tube passenger said: ‘I was on the Elizabeth line just now and the driver got on the tannoy to announce that The Queen had passed away, that he had been proud to serve as army officer for her and will serve as an Elizabeth line driver until the day he retires. That’s got me. RIP #QueenElizabethII’.

Less than 24 hours on, thousands of well-wishers gathered outside Buckingham Palace today to greet King Charles III and his Queen Consort Camilla as he met his subjects for the first time as monarch.