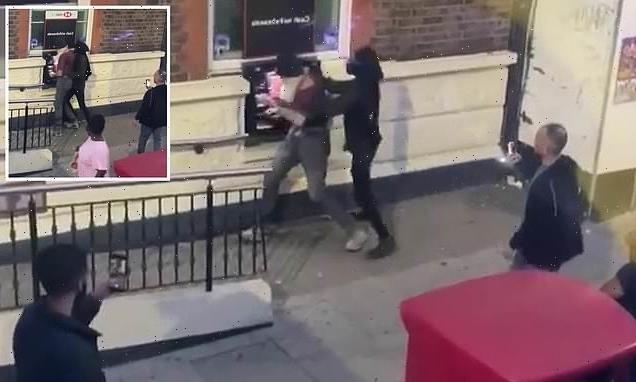 ‘Why is no one helping her?’ Moment two people grapple at cash machine as onlookers just stand and film them

This is the shocking moment two people scuffled at a cash machine as bystanders film the scenes on their phones.

The footage, which was shared on Twitter, was filmed by passengers on a passing bus in east London on September 27.

One of the passengers can be heard exclaiming ‘why is no one helping her’ as the two figures grapple outside the HSBC bank in East Ham while three people standing nearby fail to intervene.

A Metropolitan Police spokesman said they had been made aware of a video circulating on social media ‘appearing to show a robbery at a cashpoint in East Ham’ and enquires were ongoing. 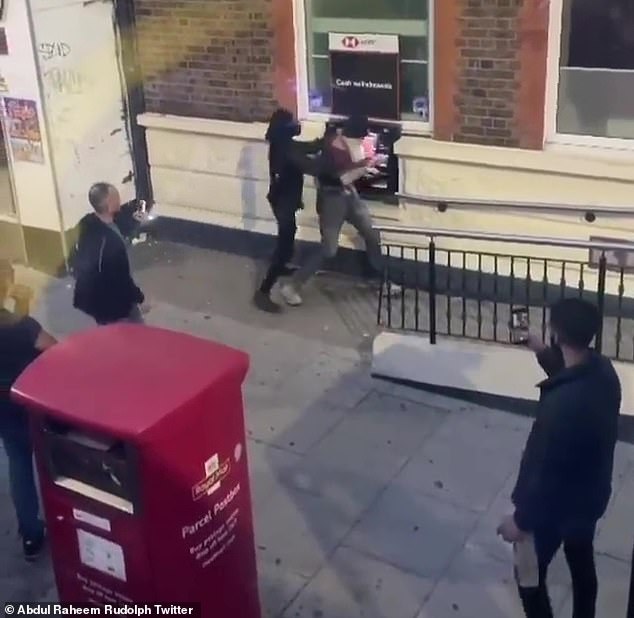 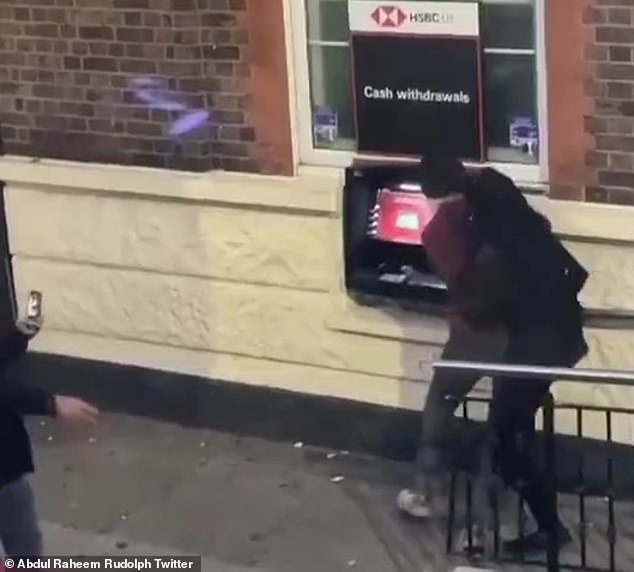 One of the figures, who is dressed in black, tries to pull the person who is wearing a purple top away from the cash machine

During the clip, one of the figures, who is wearing a purple top, appears to be using the machine before they are pulled away by the second person – who is dressed in black.

The person in purple tries to fend off the other figure as a woman’s voice yells: ‘No, what the f***.’

As the struggle continues, a woman walks past the pair and the passenger on the bus, who is filming the scenes unfold, says: ‘What is going on?’

The figure in black continues to pull the person away from the cash point as the filmer shouts: ‘Why is no one helping her? Shall we go help her?’

However it is not clear which of the two people the bus passenger is referring to, or whether both are women, as their faces are covered.

A Metropolitan Police spokesman said: ‘On the evening of Monday, 27 September police were made aware of a video on social media appearing to show a robbery at a cashpoint in East Ham.

‘Enquiries were carried out and it does not appear the initial incident had been reported to officers.

‘We have made contact with the person who uploaded the video and are waiting for them to provide further details.’ 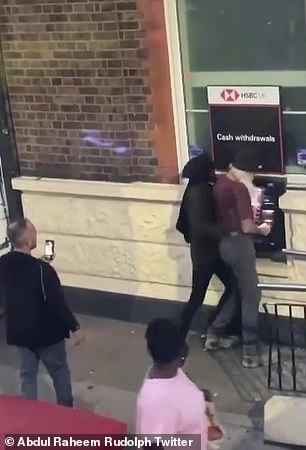 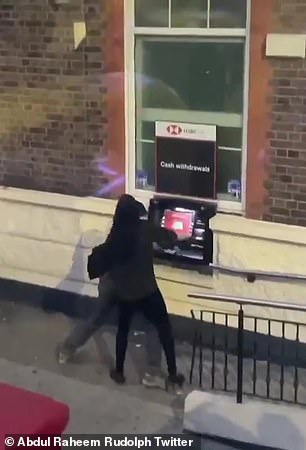 The figure in black tries to pull the other person away from the cash machine as a woman’s voice shouts: ‘No, what the f***’ 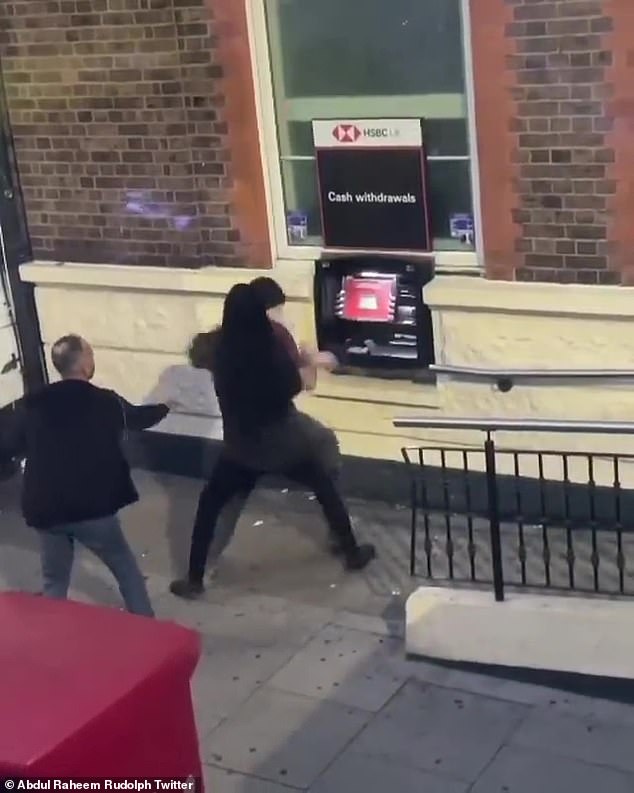 Following the shocking scenes, viewers took to social media to slam the bystanders for not intervening during what appeared to be an attempted robbery.

One person wrote: ‘This is the society we live in now, people would rather film it than help. Unbelievable.’

While another added: ‘So not one person thought to intervene? Just standing there filming? This is madness!’

Another person commented: ‘And nobody helps!’