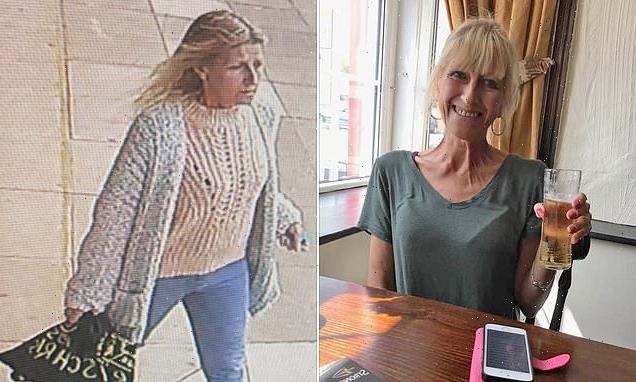 Mother-of-eight, 55, with bipolar disorder took fatal painkiller overdose after being forced to leave her expat life in Spain when her husband got her sectioned following an argument, inquest hears

A student midwife took her own life after she had to quit her expat life in Spain following her detention by police over an argument with her husband.

Mother-of-eight Debra Cull, 55, who suffered from bipolar was handcuffed and left shackled to a hospital bed in the country’s Murcia region after salesman husband Mathew rang police calling for his wife to be sectioned.

She later arrived back in Britain in March last year without Mr Cull following an intervention from the British consulate.

But although she enrolled on a university midwifery degree and made plans for her future, an inquest heard Mrs Cull’s mental condition deteriorated after her husband moved back to the UK the following August.

On September 4 the telesales assistant who lived alone in Brinnington, Stockport, Greater Manchester sent him a text message saying: ‘Sorry, I can’t live with myself’ then vanished sparking a police manhunt. 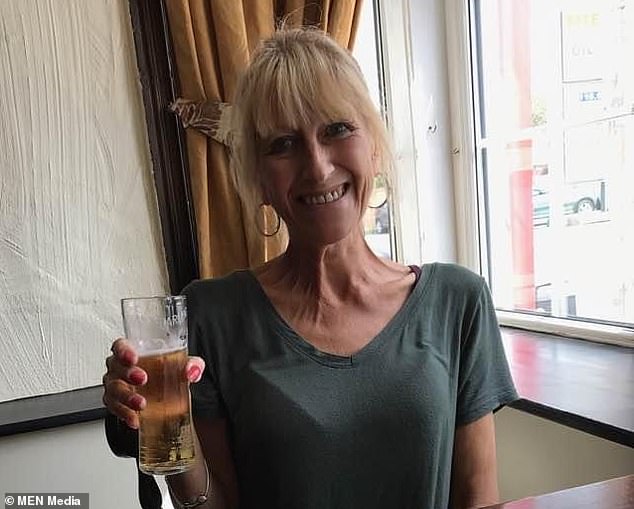 Mother-of-eight Debra Cull, 55, was found dead in a ravine near her Brinnington, Stockport home eight days after she texted her husband ‘Sorry, I can’t live with myself’ and disappeared

Her body was found eight days later by a dog walker in a deep ravine in nearby Reddish Vale Country Park. Test showed she had taken a fatal overdose of painkilling tablets.

An inquest heard the couple had moved to Spain last year but had been rowing over her ailing mental health.

Her mother Maureen Toon told the Stockport hearing: ‘I know she was suffering but the trouble was she was not taking her medication properly.

‘Her husband told her not to take it because he said the chemicals in it could harm or kill her. She had become very unwell when living in Spain and must have had a bipolar episode.

‘One night he went out to a local establishment to play pool and she was in the apartment when the police came. He had called the police because he wanted her to be sectioned as they had been arguing quite a lot. 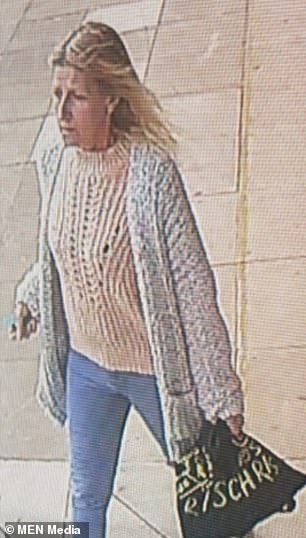 An inquest heard the couple had moved to Spain last year but rowed over her ailing mental health, forcing her to move back to the UK months later

‘She was handcuffed by the police and the ambulance also came to the flat. They took her to the police station and then the psychiatric hospital.

‘Her brother David and her daughter Sharon flew out to Spain to speak to the British Consul as we wanted her back to the UK for treatment but they were told no. Debbie was screaming and crying and they shackled her to a bed when David and Sharon had to leave her. Eventually the authorities let her go and she flew home.

‘Because of Covid I could not travel to see her but I regularly kept in touch with her by text and FaceTime. It is hard to say whether her mental health had improved when she got home.’

Mrs Toon added: ‘She went missing and we were on our way to Cornwall for a holiday. The night before, I was speaking to her and she seemed like normal Debbie. She said “You have a good holiday, forget everything, just go and relax. I will see you when I come back.” It was terrible when I found out she’d gone missing.

‘As far as I know she was taking her medication and her husband had come back in August. She was a lot better after she came out of hospital in March until then.

‘Debbie was kind and loving and would do anything to help anyone who needed it. She was very generous and family was very important to her.

‘She studied midwifery and she had about nine months left before she graduated and this is why what happened is totally out of character.

‘She had so many plans for the future. She was going to give her daughter a 30th birthday party and finish her midwifery degree. She loved delivering babies and was excellent at it.

In a statement read to the hearing Mr Cull said: ‘In August 2020, we had a chat and she was in denial about her illness. She was often depressed, she knew she was really unwell.

‘She told me she had an infection and on the day she disappeared she said via WhatsApp at 10:57 “I cannot live with myself.” But she then said on WhatsApp at 11:47 “I will be back soon, I love you.”

He said on the he day before her disappearance they had gone with their young son James to the viewing area of Manchester Airport, where they ‘had a great time taking selfies and photos.’

Det Ch Insp Gina Brennan, Senior Investigating Officer at GMP who was overseeing the enquiry said: ‘Debra was first reported missing and first was assessed as being at a medium risk but that risk was later raised to high within 48 hours. Mr Cull had reported the WhatsApp messages saying she was sorry and she could not live with herself because she thought she had an infection.

‘She said: “I will be back soon, I love you.” There was no suggestion of any disagreement.

‘A lot of people go missing for a variety of different reasons. Mr Cull was checked as we have to consider if there were any issues with the relationship when someone goes missing.

Gemma Downs, a mental health social worker for Pennine Care, said: ‘Debra had been through turbulent times as far as her mental health was concerned but things were falling back into place and she was looking forward to the future and making plans.

‘I talked to her about the traumatic experience she had had in Spain and suggested therapy but she did not feel she needed it as she was very supported by her family.’

Recording a conclusion of suicide coroner Christopher Morris said: ‘This is a really tragic case. It’s very clear from the evidence before me that Debra was a much loved person who was big hearted and generous of spirit.

‘It is clear her family was very important to her and she cared deeply about her children and her grandchildren. Despite having a lot of family support, she had clearly gone through a lot of traumatic times with both her health and personal circumstances.

‘She was clearly a very special person indeed, she was deeply caring and you supported her as much as you all could. She has clearly left a big hole in all of your lives for what was a very special lady indeed.’