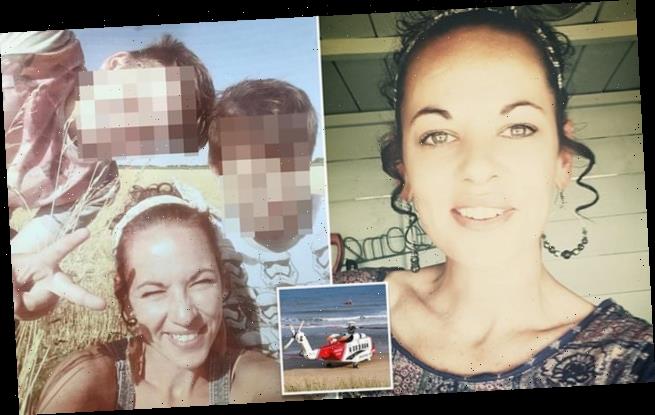 Mother-of-two, 37, drowned trying to save her 14-year-old son and his friend after they fell from kayak in rough sea, inquest hears

A mother drowned while trying to save her son and his friend who became separated from their sea kayak in rough conditions, an inquest has heard.

Two beachgoers described how they saw the two boys in the sea at Waxham in Norfolk and swam out to rescue them on August 9 this year.

They fought to bring them safely to shore and did so, exhausted. They were then told a woman was in the water.

Mother-of-two Danielle Chilvers, 37, of Swaffham in Norfolk, was caught out by strong waves and a suspected riptide when she swam out to reach the boys. 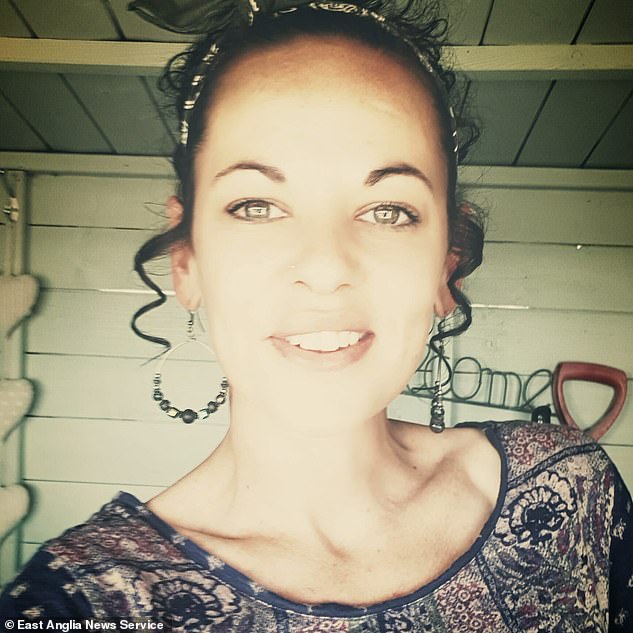 Mother-of-two Danielle Chilvers, 37, of Swaffham in Norfolk, was caught out by strong waves and a suspected riptide when she swam out to reach her son and his friend who were struggling in the water 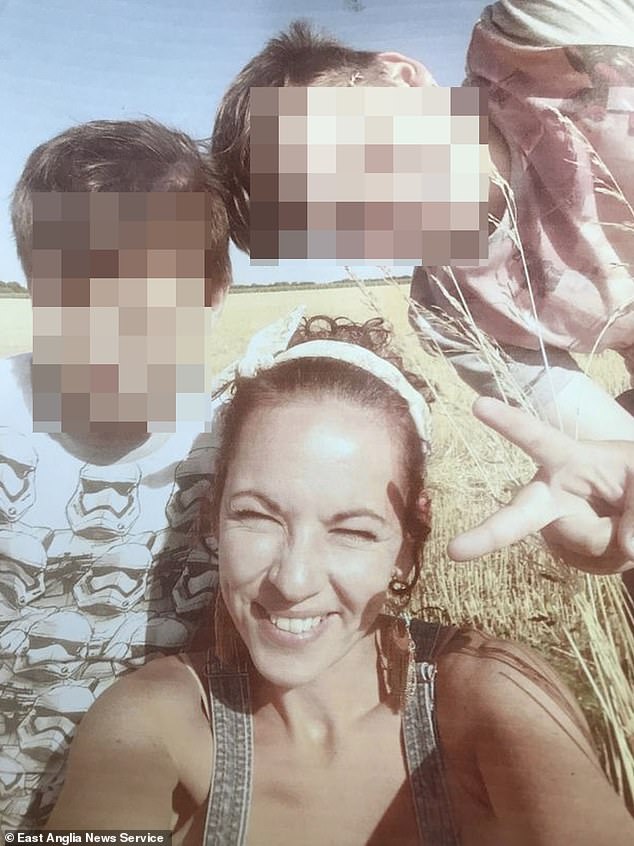 Pictured: Miss Chilvers and her two sons. Two beachgoers swam out to save the two boys who had become separated from their sea kayak due to the rough conditions

A surfer swam out on his board to help her and she was brought back to shore with the help of a lifeboat crew which had just arrived from nearby Sea Palling.

Coastguards desperately tried to resuscitate Miss Chilvers, but she was pronounced dead at the scene by an air ambulance doctor on the afternoon of August 9 this year

The teacher died by misadventure, Wednesday’s inquest in Norwich concluded.

Chris Gribble, chief executive of the National Centre for Writing, and fellow beachgoer Pasco Kevlin told how they went into the water and rescued the two boys.

In a statement read by the coroner’s officer, Mr Gribble said he saw two boys who had lost contact with their yellow sea kayak.

He said he was ‘immediately worried’ and the boat was ‘bobbing away from them’.

He and Mr Kevlin went into the sea to help the boys, who had become separated from each other. 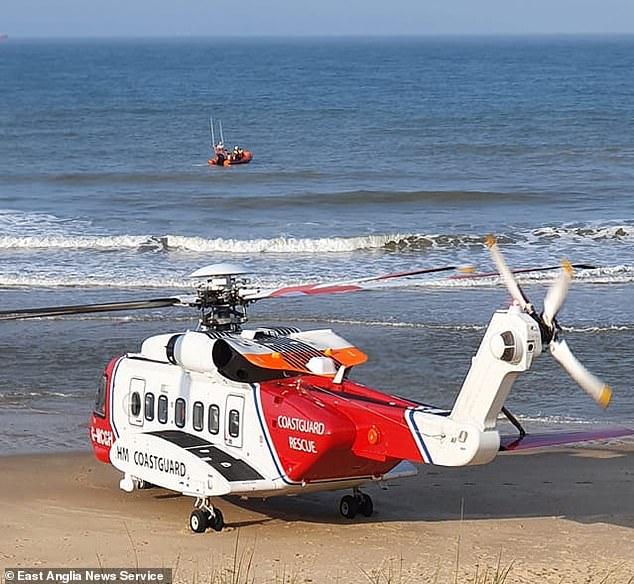 Pictured: The coastguard helicopter on the beach at Waxham, Norfolk, after Miss Chilvers drowned while trying to save her son and his friend

‘They were both distressed and calling for help,’ said Mr Gribble. ‘I shouted to Pasco to go and help the boy closer to the shore.’

He said he tried to use the sea kayak in the rescue but it got swept away by a large wave.

‘The breakwater was really rough and I soon realised we weren’t making progress, the riptide was keeping us out,’ he said, adding the boys were ‘panicky but very brave’.

Describing the conditions, Mr Kevlin said: ‘Waves were coming at us from every direction and the sea was ferocious.

‘Between Chris and I, we got the boys to the shore.’

Both men described struggling against the current, and said that once they were on land they were told there was a woman in the water. 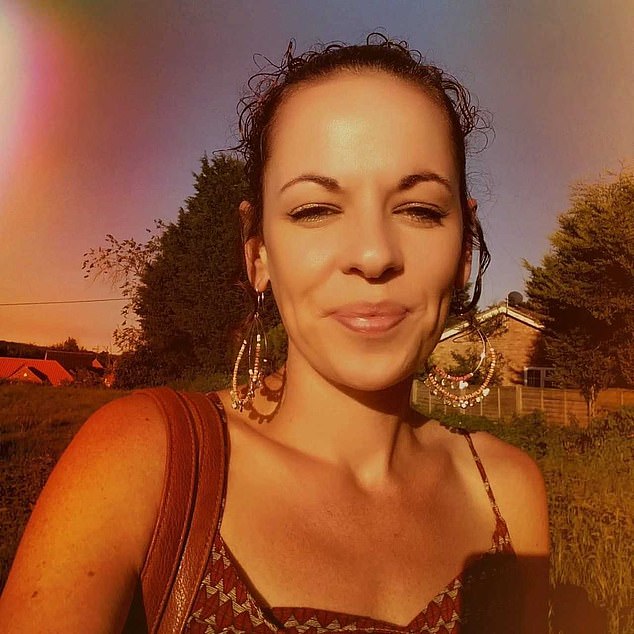 Danielle Chilvers, 37, of Swaffham, Norfolk, pictured, died after leaping into the water after her youngest boy got into trouble in a kayak

Another beach-goer Lucy Farrant said: ‘The sea was rough and the air temperature was cold. There was a strong wind and a sea fret was hovering.. We decided not to swim for all these reasons.’

As the two boys were being rescued, she became aware of a person lying face down in the water after at first thinking they were a seal.

She added: ‘I saw a young man with a surf board launch himself into the sea. I could see the surfer struggling. It was clear he was losing strength.’

Norfolk’s senior coroner Jacqueline Lake said: ‘This is a very tragic death and demonstrates the dangers of our coastline.

‘I would like to take this opportunity to thank those who helped and risked their own lives, including those who were on the beach on the day and the coastguards and lifeboat service.’

Norfolk coroner Jacqueline Lake recorded a misadventure conclusion, saying: ‘I am satisfied this was an unintended outcome of an intended act. This very tragic death demonstrates the dangers of our coastline.

‘I would like to take this opportunity to thank those who helped and risked their own lives, including those on the beach on the day and the Coastguards and lifeboat service.’

She added: ‘Two boys were in the water in a craft. I heard that the sea was rough and there was a strong wind.

‘They became separated from their boat. Members of the public went into the sea in an attempt to save the boys.

‘Despite the very rough sea, they were able to bring them back to shore. Another body was then seen in the sea.

‘A surfer managed to bring Miss Chilvers back to shore. Miss Chilvers was unconscious and attempts were made at resuscitation, but she was declared dead at the scene.’

Miss Chilvers, who also had a 17-year-old son, worked in a safeguarding role at Nicholas Hamond Academy, a secondary school and sixth form in Swaffham.