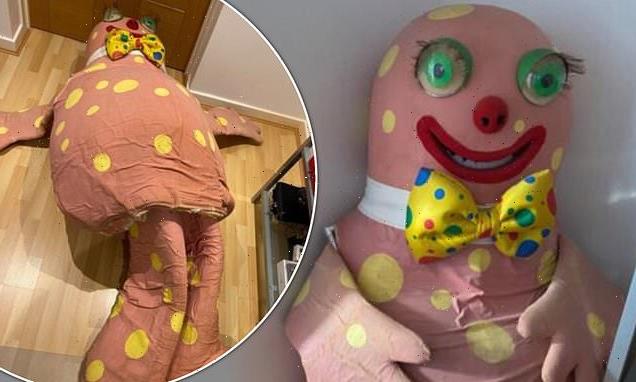 Original Mr Blobby BBC costume from the 1990s attracts bids of up to £60,000 after going up for sale on eBay

The pink and yellow costume of the iconic BBC character is up for auction until Thursday.

The costume was made by the BBC’s costume supplier for an overseas version of Noel’s House Party. 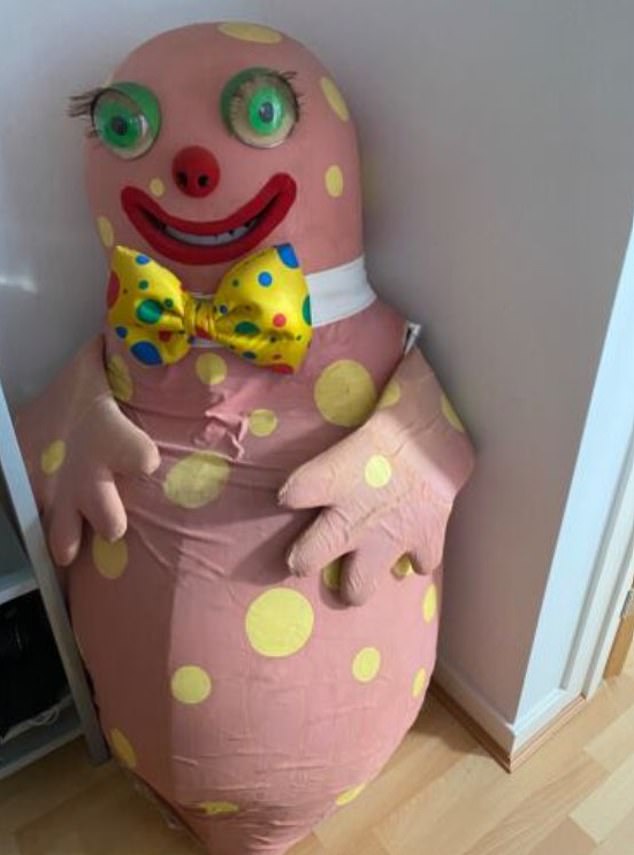 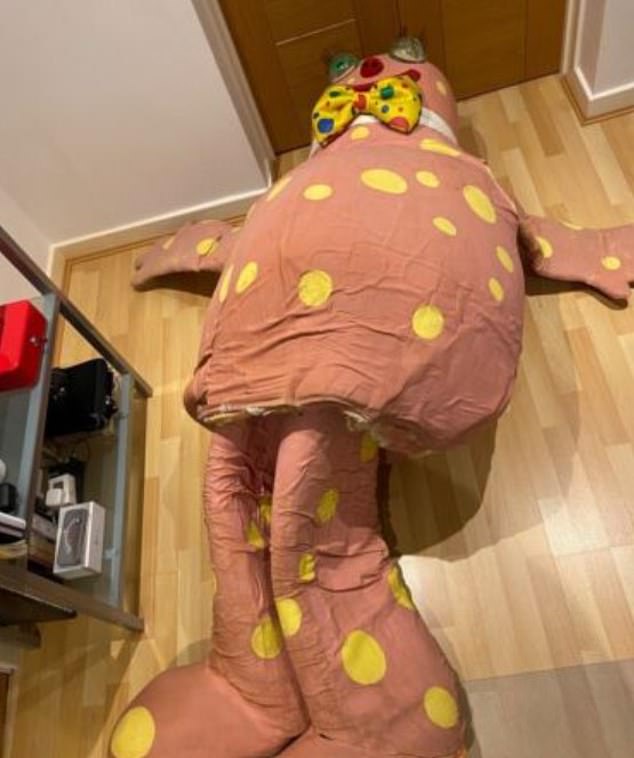 The costume has reached nearly £60,000 and will undoubtedly climb higher before the auction closes on Thursday

A bid for more than £84,000 on Sunday morning was retracted a few minutes later but the price continues to climb.

The seller, who is listed as ‘blobby01’, says the balloon-like costume is in ‘not too bad’ condition for its age.

‘Consequently as it is now over 25 years old, there is the inevitable ageing to the foam and the rubberised coating. This means it is less suitable to be worn as the unit is not very supple as it was in 1996.

‘In addition the two arms require re-attaching to the body, one of the plastic eye is cracked and the bow tie will need securing. 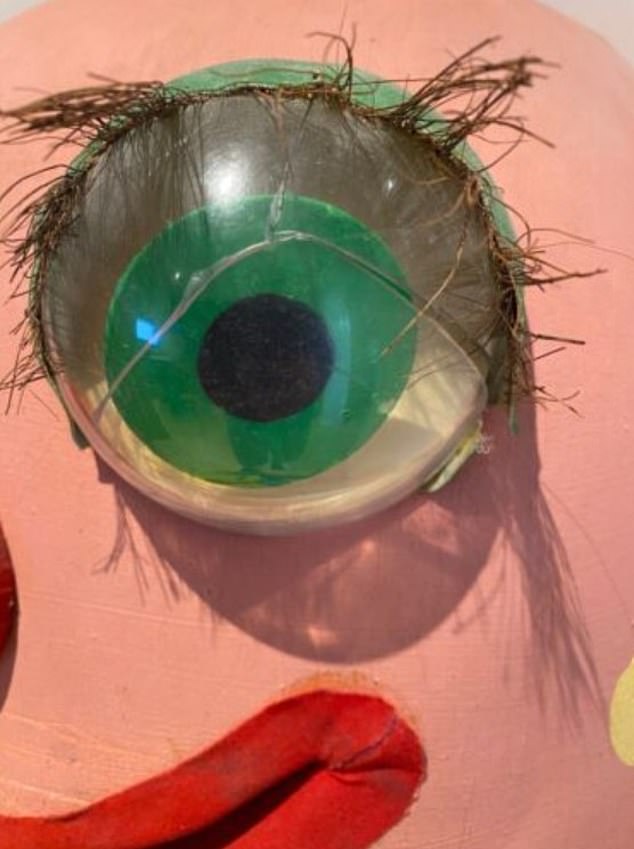 The costume’s age means that there has been some damage, the seller says, but that is not deterring potential buyers 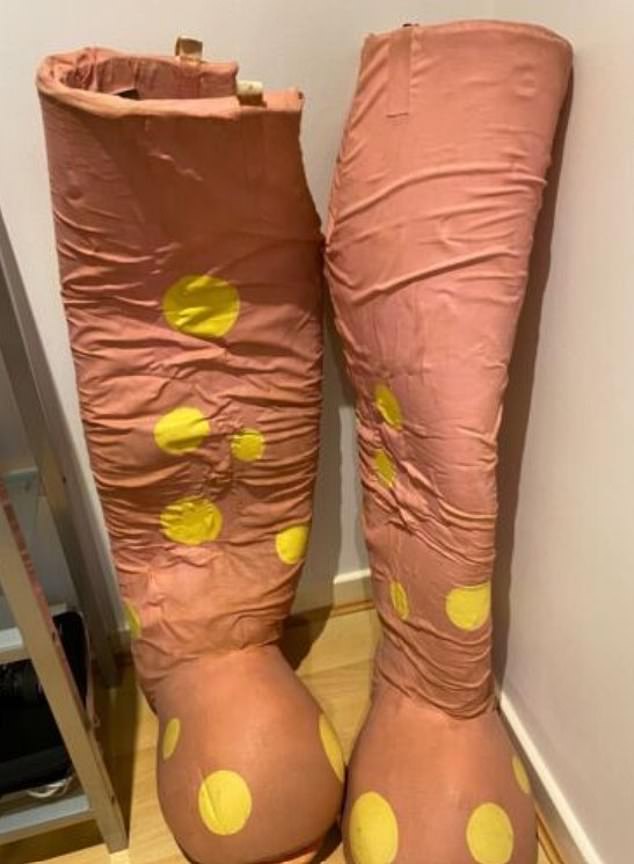 Its arms will need to be stitched and there is ‘visible creasing and dust to the covering’, the eBay description says

‘Overall it’s not too bad for its age – but there is visible creasing and dust to the covering and some areas require a drop of glue to make good.’

‘Blobby01’ explains the history of the BBC costume, which was made for an overseas version of Noel’s House Party.

‘Unfortunately before it could be delivered the overseas show was cancelled and neither the broadcaster or the BBC’s production team wanted it – so it sat in my office until a move meant it came home with me some years ago.’

The seller has been forced to sell the beloved relic as he is moving house. 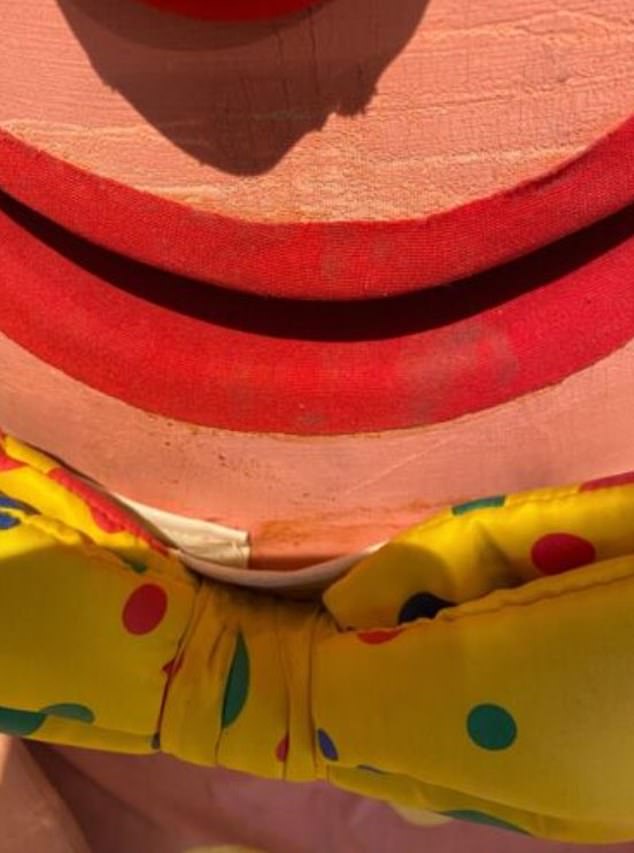 ‘He’s been with me all this time – but now a house move means I need to find him a new home.’

But any aspiring Mr Blobby impersonators should be warned – there are strict copyright laws around the use of the costume.

It cannot be hired out or put on exhibition publicly and is only for personal display.

The character was created by comedy writer Charlie Adams and was made famous by appearances on Noel’s House Party.

In 1993, Mr Blobby was a central part of a Christmas single – called ‘Mr Blobby’ – which topped the charts.