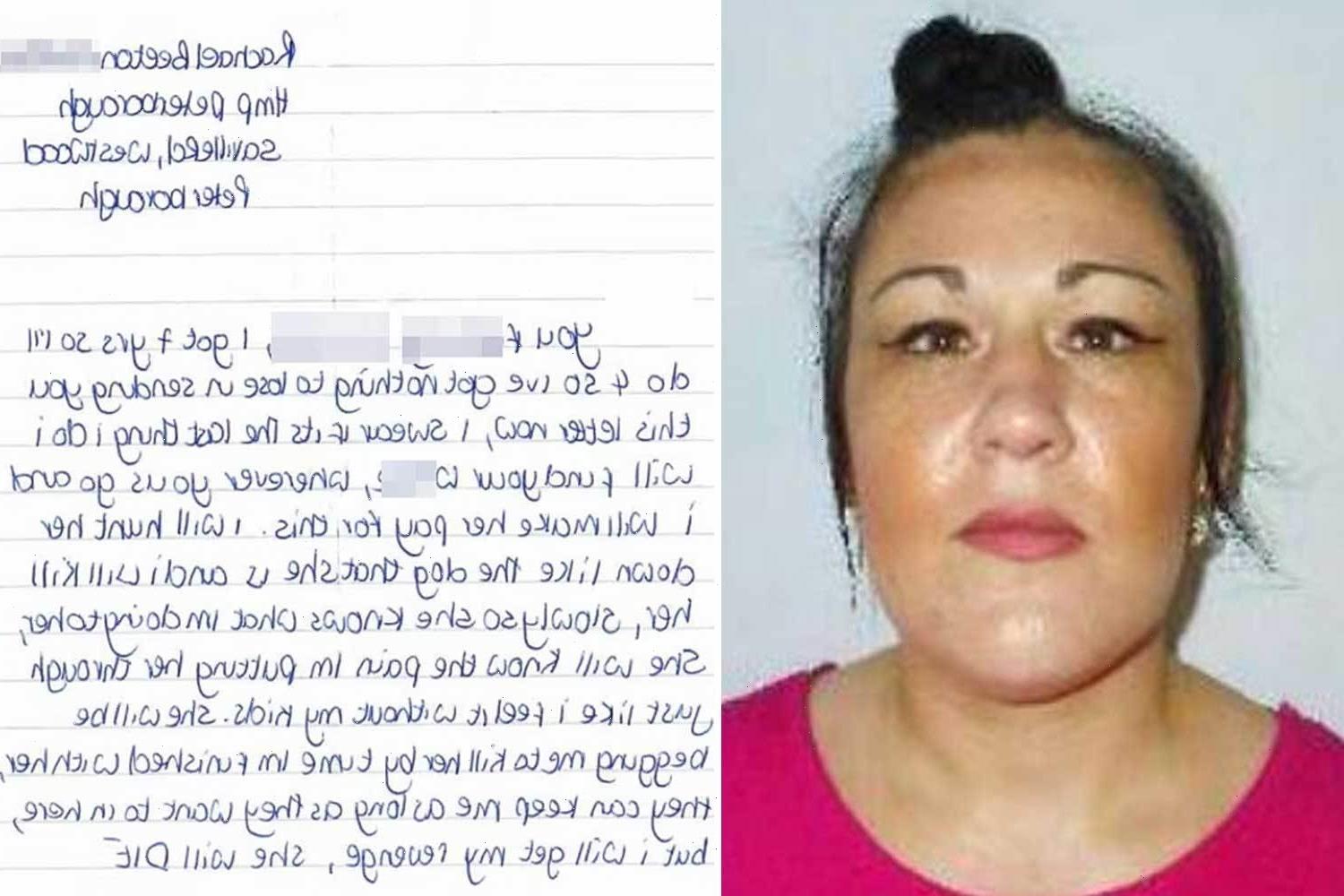 A MUM who vowed to murder her ex-partner and his new girlfriend is on the run.

Rachel Beeton, 38, threatened to "hunt down" his new lover and "kill her slowly" after being locked up for assault. 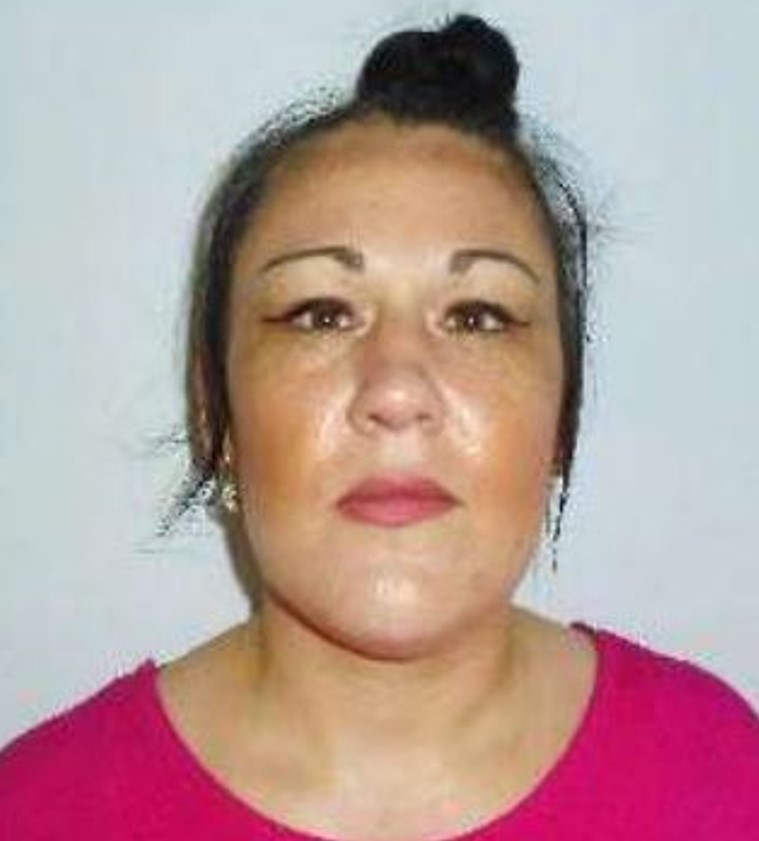 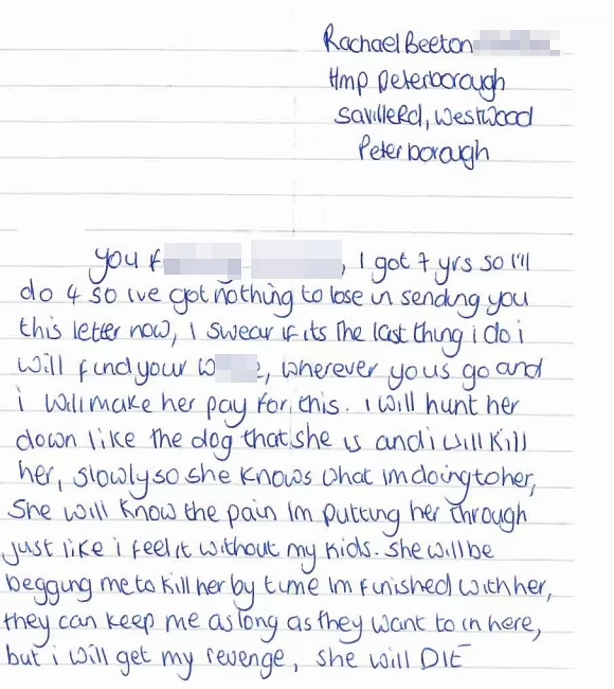 She was sentenced to prison in 2018 but is now wanted on recall for breaching her licence conditions.

Police believe she could be in the Lincolnshire or West Midlands area and have urged the public to help find her.

She wrote to him while in custody in July 2018, as well as telling a friend in a letter that she planned to kill them both.

Her handwritten notes were intercepted by prison staff after a fellow inmate raised the alarm and Beeton found herself on trial.

Lincoln Crown Court heard: "In the letter she said she would put a knife right through her ex-partner and his new partner.

"She detailed how she was spending her nights planning to kill her."

Beeton sent another letter in 2019 in which she threatened "revenge" – despite landing a restraining order.

The message, penned from HMP Peterborough, Cambridge, said: "I swear if it's the last thing I do I will find your w***e, wherever you go, and I will make her pay for this.

"I will hunt her down like the dog that she is and I will kill her, slowly so she knows what I'm doing to her.

She will know the pain I'm putting her through, just like I feel it without my kids.

"She will be begging me to kill her by the time I'm finished with her.

"They can keep me as long as they want to in here, but I will get my revenge. She will DIE."

Beeton said in her police interview that she wrote the letter – which landed her a two-month extension to her sentence – because she was "p****d off".

When asked if she really intended to kill her ex-husband's partner, Beeton answered yes.

In May, at Peterborough Crown Court, Beeton pleaded guilty to attempting to breach a restraining order.

Detective Constable Paul Twell said at the time: "Beeton wanted to disrupt the lives of her ex-husband and his new partner, causing them unnecessary fear through violent threats.

"She knew this was not only wrong but went against the rules of her restraining order.

"Hopefully, the extra time spent in prison will allow her to gain control of her anger and move on."

Lincolnshire Police have asked anyone who has seen Beeton or knows where she might be to call 101, quoting 513 of September 9.