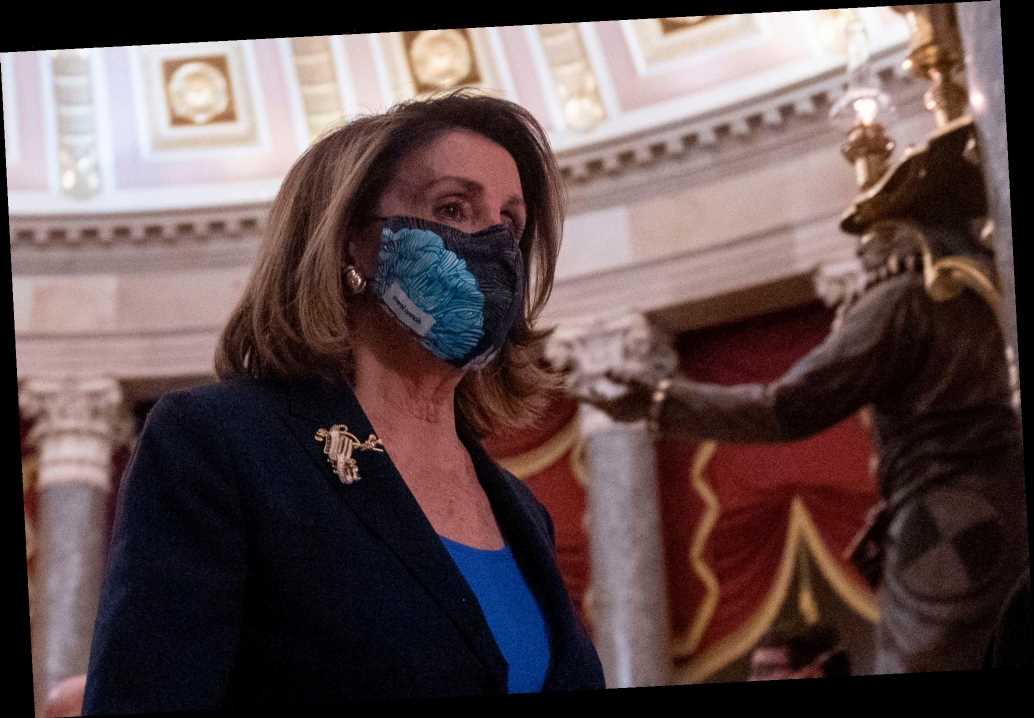 Ex-Florida cop among pro-Trump rioters who stormed US Capitol: report

Pence rules out invoking 25th Amendment in letter to Pelosi

The House on Wednesday will begin impeachment proceedings against Trump for allegedly inciting last week’s Capitol riot. The impeachment is expected to pass with overwhelming Democratic support and at least three Republican votes.

Impeachment managers are in charge of presenting the charges, giving them significant public attention and associating their own credibility with the case. They are particularly prominent during Senate trials.

Swalwell’s father and brother remained active Facebook friends with the suspected spy until last month when her operation was publicly reported.

Rep. Jamie Raskin (D-Md.) will serve as the lead impeachment manager. The former American University law professor is known for his even keel and will assume the role held by the more divisive Rep. Adam Schiff (D-Calif.) during Trump’s first impeachment.

Raskin’s son Tommy, 25, died by suicide on Dec. 31 and he has received frequent bipartisan expressions of sympathy in recent hearings.

The other impeachment managers are Reps. Diana DeGette of Colorado, David Cicilline of Rhode Island, Joaquin Castro of Texas, Ted Lieu of California, Stacey Plaskett of the Virgin Islands, Joe Neguse of Colorado and Madeleine Dean of Pennsylvania.

Pelosi said in a statement: “It is their constitutional and patriotic duty to present the case for the President’s impeachment and removal. They will do so guided by their great love of country, determination to protect our democracy and loyalty to our oath to the Constitution. Our Managers will honor their duty to defend democracy For The People with great solemnity, prayerfulness and urgency.”

Pelosi spokesman Drew Hammill noted the diversity of the managers, tweeting, “7/9 are women, people of color or LGBTQ.” Swalwell and Raskin are the only white men.

Although Trump is expected to swiftly become the only president in US history impeached twice, the Senate is not likely to begin his trial until after he leaves office on Jan. 20. If he’s convicted, he could be banned from holding office again.

Democrats and some Republicans accuse Trump of inciting the riot that killed four Trump supporters and one police officer by giving a defiant speech near the White House in which he urged thousands of supporters to “fight like hell” to persuade legislators to overturn President-elect Joe Biden’s victory. Trump claimed that the election was stolen from him by fraud — despite court rulings to the contrary.

The riot and Capitol break-in disrupted but didn’t prevent certification of Biden’s win.

If the impeachment is successful, as expected, it will be the fourth time in history that a president is impeached. Presidents Andrew Johnson and Bill Clinton also were impeached. Richard Nixon resigned when impeachment was inevitable.

Trump was first impeached by the House in December 2019 in a party-line vote for pressuring Ukraine to investigate Democrats including Hunter Biden, who earned a reported $83,000 on the board of Ukrainian energy firm Burisma while his vice-president father led the Obama administration’s Ukraine policy. The Senate voted along party lines to acquit Trump in February, with a sole Republican, Utah Sen. Mitt Romney, voting to convict on one of two counts.