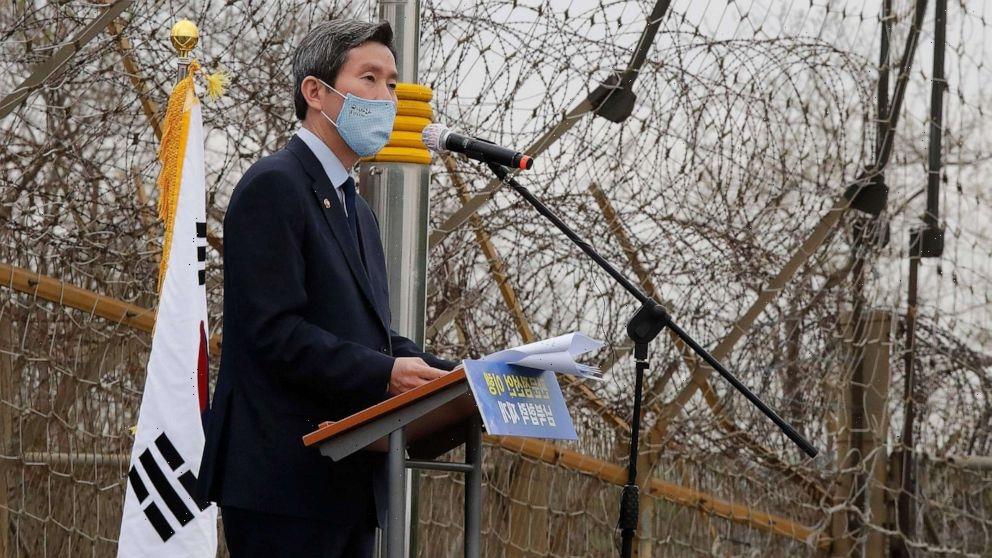 SEOUL, South Korea — In defiance of new laws that ban sending anti-Pyongyang leaflets, an anti-North Korean activist group claimed it has launched balloons carrying leaflets and U.S. dollar bills from an unknown location near the border this week.

The launch is subject to a maximum prison term of three years or a fine of $27,400 under the revised “Inter-Korean Relations Development Act.” The law went into effect on March 31 after Pyongyang’s furious objections and threats last year to cut all inter-Korean projects if Seoul does not force these groups to halt the balloon launches.

The South Korean government claims the ban is for the safety of people living in border regions, and to help government efforts to achieve peace and unification in the Korean peninsula.

“When exact facts are confirmed by the police and the military, we will deal with the situation according to the legislative purpose of the Inter-Korean Relations Development Act,” Cha Deok-cheol, deputy spokesperson at South Korea’s Unification Ministry, said during a regular press briefing Friday. “Again, the law is for the safety of residents in the border area,” he said.

But civic groups like Fighters for Free North Korea (FFNK) denounce the act claiming that the government is in effect blocking the much-needed flow of information to the North.

“This government is trying to cover the ears and eyes of the North Korean people by silencing North Korea human rights groups in South Korea,” Park Sang Hak, head of FFNK, told ABC News. “Despite the fact that the Constitution stipulates the freedom of expression and publication, this government chose to stand on Kim Jong Un’s side and not us North Korean defectors.”

Park, 53, is a North Korean defector who escaped the communist country in 1999 and has been sending propaganda leaflets across the border into North Korea since 2005. The Ministry of Unification revoked the license permit of FFNK last July, declaring that its operations “raise tensions and harm public interest.” The cancelation of corporate licenses for Park’s group meant no more tax deductions or tax benefits as an interest group. He said he has since been closely watched and under police investigation.

“You can handcuff me and send me to jail, but anti-Pyongyang leaflets will not be stopped by any threat or violence as long as us North Korean defectors live in this land,” Park said.

The controversial “Inter-Korean Relations Development Act” is also under scrutiny in the legislative assembly. Fourteen lawmakers, including two North Korean defectors, have proposed amendments and are waiting for the result.

“Right now the law may simply seem like it deprives North Korean people’s freedom to see anti-regime leaflets, but if we remain a mere spectator here, we do not know what the government will restrict the next time there is something they don’t want people to know about,” Ji said.

U.N Special Rapporteur on North Korean Human Rights Tomás Ojea Quintana has also submitted questions to the South Korean government expressing concern that the ban limits many activities of escapees and civil society organizations. The Unification Ministry said they “plan to faithfully provide the data requested by U.N Special Rapporteurs” during a briefing the same day.