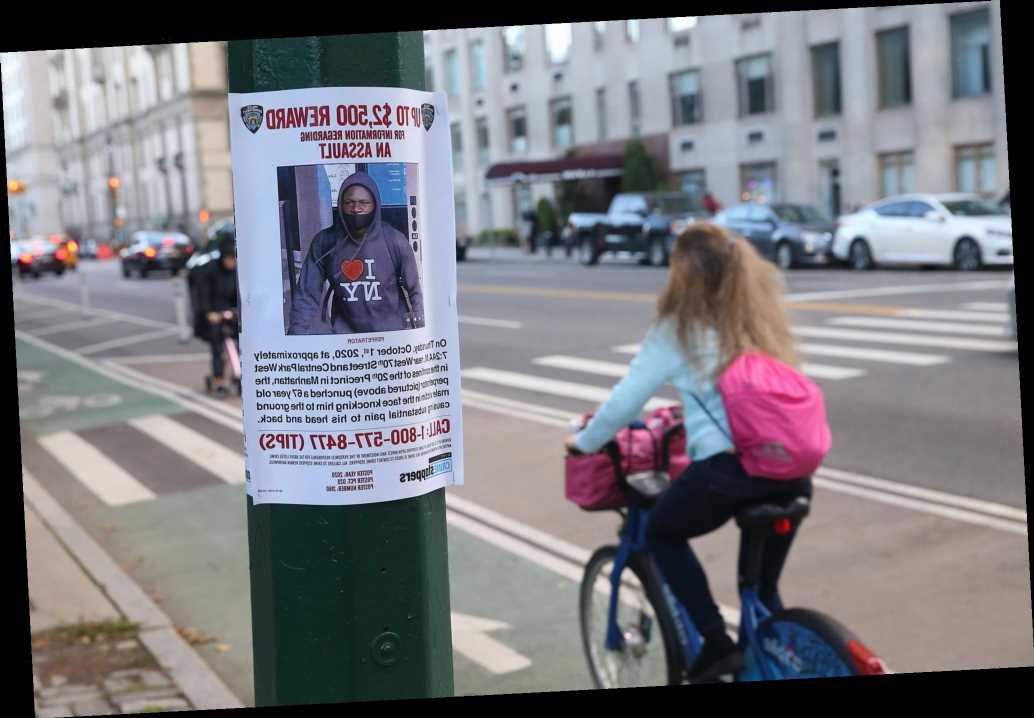 Doormen up and down Central Park West are on the lookout for the man who sucker-punched actor Rick Moranis this week near his Upper West Side home.

In between calling cabs and holding doors for their well-heeled residents, the determined watchmen are studying images the NYPD released of the suspect —  just in case they encounter the creep, they told The Post on Saturday.

“If I had seen him, I would have knocked him out,” one doorman vowed.

“I’m always for the good guys,” agreed a comrade.

“I have it on my phone,” said a third, showing an image of the suspect from a New York Post story. “I’m paying attention. I’m looking.”

Several doormen an NYPD wanted poster at their lobby desk, even though the utility poles near West 70th Street are plastered with police photos of the suspect, who wore an “I ❤ NY” sweatshirt during the random Thursday morning attack.

“Look —” one said, spreading his arms wide. “They are all over.”

The doormen would do the same for any crime victim, they insisted.

Still, they’re fans of the “Ghostbusters” actor, who suffered pain in his head, back and right hip from the clobbering.

When one resident noted of Moranis, “Oh, he was in ‘Honey I Shrunk the Kids,’” her doorman was quick to answer, “and Ghostbusters.”

The NYPD has offered a $2,500 reward for information leading to the suspect’s arrest.