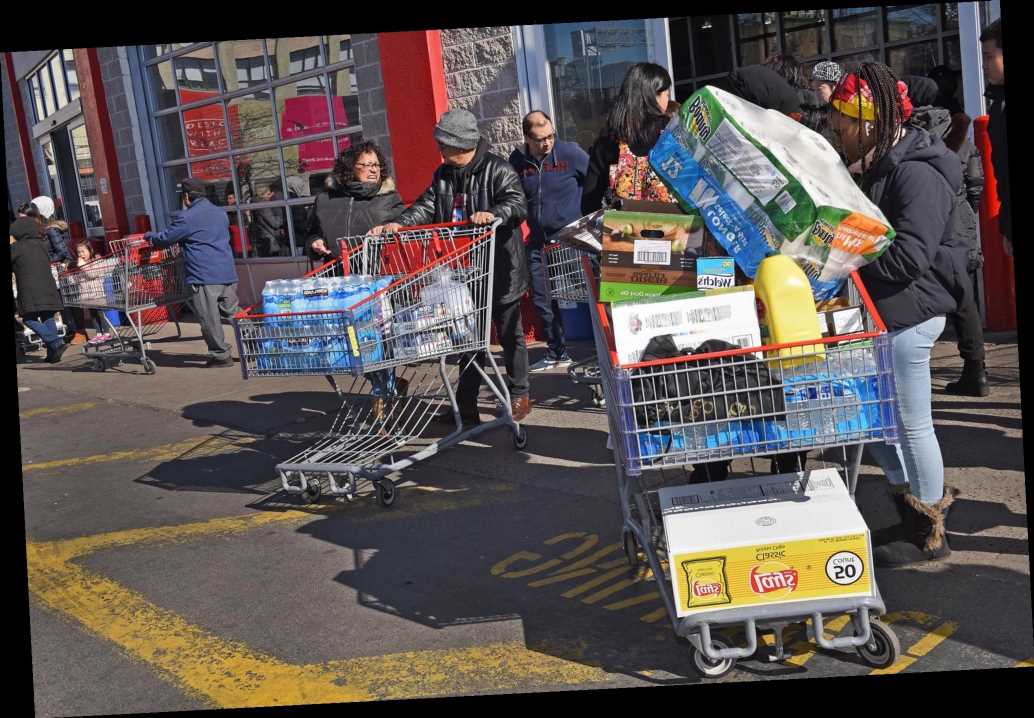 Harried shoppers descended on city stores Tuesday as a second case of coronavirus was confirmed in the state, stocking up on staples — and disinfectants — as if the end is nigh.

“I bought bleach, extra water, rice and oatmeal,” said Felicia Mendez, a 51-year-old nurse among those picking over the sparse shelves at the East Harlem Costco. “We already got extra light bulbs, batteries, flashlights and candles at home.”

“The woman ahead of me bought $2,000 worth of thermometers,” said Zapatak. “That’s when you know things are getting out of hand. It’s worse than shopping here before Thanksgiving.”

At one Duane Reade in Queens, hand sanitizer sold out even before workers could snag some.

“We got them last night and we put them out this morning,” said Kazi Jahan, a cashier at one of the chain’s Roosevelt Avenue stores. “Within two hours, they were gone. I’m waiting to get some myself. My kids ran out.”